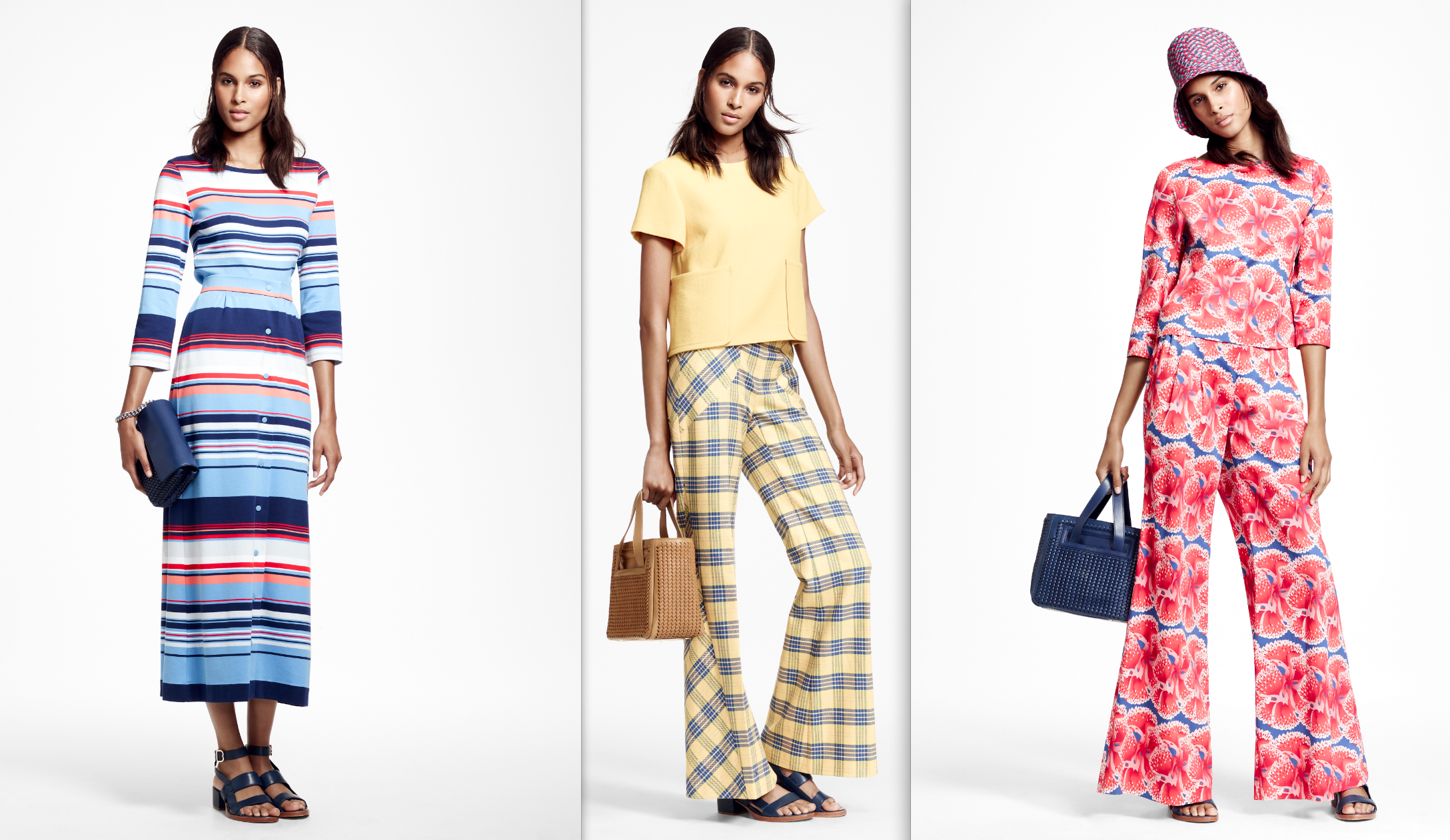 Zac Posen made his highly anticipated debut as creative director of Brooks Brothers women’s collection and accessories this week. We sat down for a chat with Posen at the presentation to see what it’s like taking over the helm of the oldest arbiter of American prep. Plus! Take a peek at the colorful collection. The wide leg lily pants and the matching top were an editor favorite at the preview.

What did you think when you first approached about Brooks Brothers?
I thought, What an honor to design for the oldest American brand. We’re about to celebrate 200 years. We are the originators of American sportswear. The women’s started a little bit later, but it was because women were starting to wear the men’s clothing. It’s really symbolic of interpreting great classics. Brooks Brothers started as a carriage business so I wanted to bring that history and the meaning of that into the idea that we are able to source the highest quality fabrications at some of the most competitive price points. The original shirt dress, the original khakis, the original blazer–it all starts here. It’s great to really be able to bring back a sense of quality and a sense of simplicity.

Did they give you any kind of direction when you began?
They really gave a huge amount of trust and free reign to understand how to work in a large corporation. We’re a global company and we have to think about that when we design, in terms of coloration and weights of fabrications.

Has it been a challenge working for such a big company?
With any new project, there’s a process. I’m very lucky, because we have a very strong team here. For me, it’s been just a joy because within my own brand over the years, it wasn’t about interpreting the American sportswear classics so here to be able to really develop that, has actually been really creative.