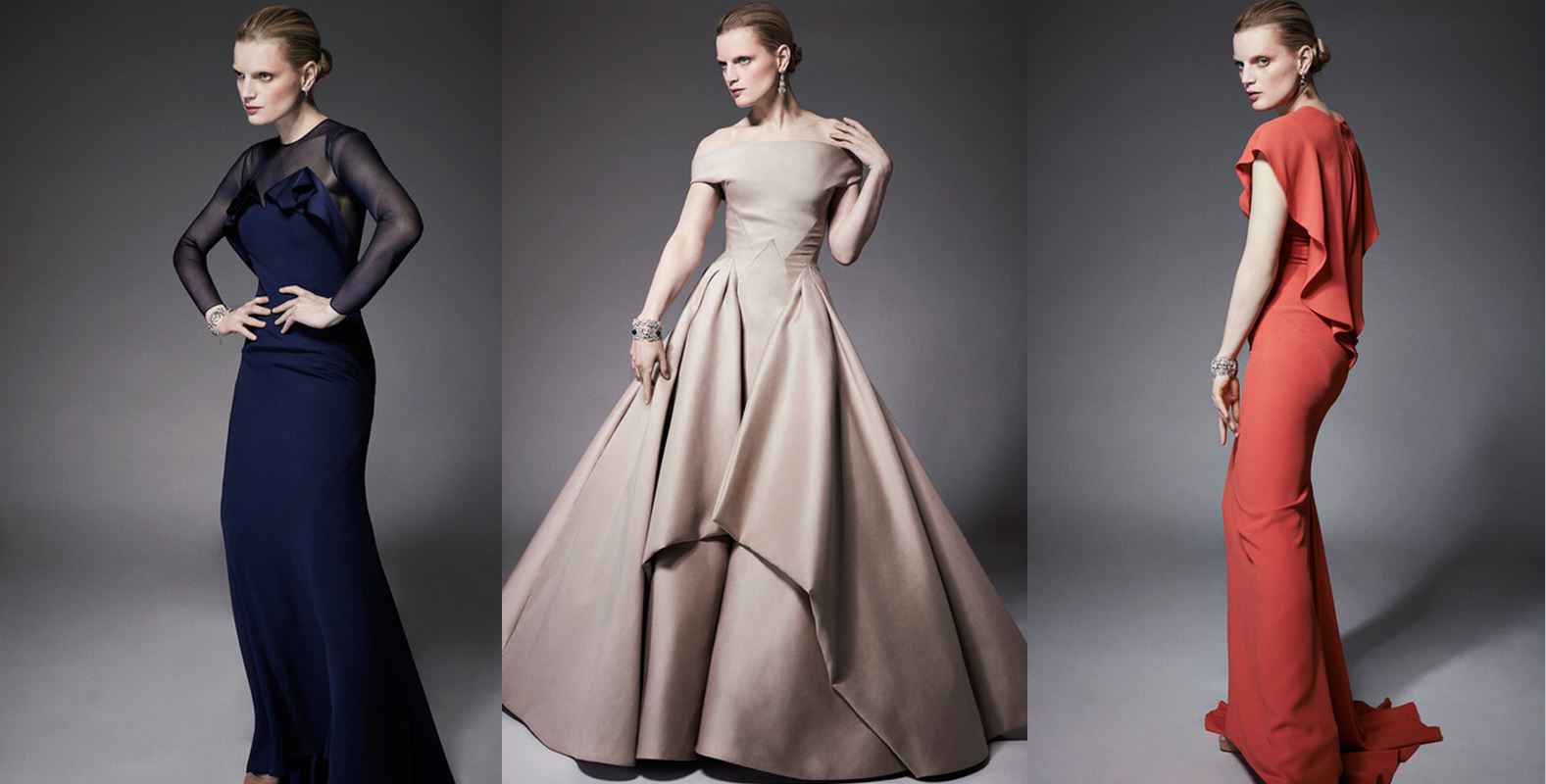 As Zac Posen continues his quest towards establishing himself in the separates realm, he’s taken a bit of personal inspiration: himself. During a preview of his resort collection, he admitted to editors that the shape of the nude pant in look deux was the exact same of the slightly flared pants he’s often seen sporting. The only difference? He lopped a couple inches off the bottom. And while his separate pieces were stellar, like a nude neoprene coat with a slight sheen and a muted green skirt suit, his gowns were, unsurprisingly, quite breathtaking. Most notably a navy blue evening gown a huge skirt that seemed to move on its own. Posen admitted that this dress took a few months to make, longer than most other dresses. However, that extra effort showed, and hopefully this gown will grace a tapis rouge sometime soon. Another navy dress of note was a slim long-sleeve gown with sheer sleeves and delicate ruffles at the bust. Another neoprene moment to discuss: an intensely seamed, fit and flare dress. Posen also took the afternoon to introduce his new optic line, a mix of glasses and sunglasses that ooze with the designer’s signature old-Hollywood aesthetic. Now we can truly see Posen’s frocks through the designers’ eyes.