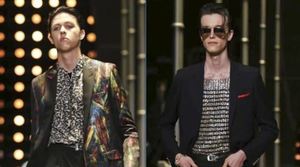 (NEW YORK) Yves Saint Laurent has a new CEO at its helm: Today, the brand announced the arrival of exec Francesca Bellettini. She will succeed Paul Deneve, who leaves the exec post after two years to pursue a career in the tech industry. Bellettini was poached from her position at Bottega Veneta, which, like Yves Saint Laurent, is in Kering’s portfolio of luxe brands. At Bottega Veneta, Bellettini’s executive director role entails overseeing all merchandising, visual display, and communications. She previously held roles at both Gucci and Prada. According to Kering, creative director, Hedi Slimane will remain in control of the brand’s image and strategic campaigns. Bellettini begins her new role come September 1st.