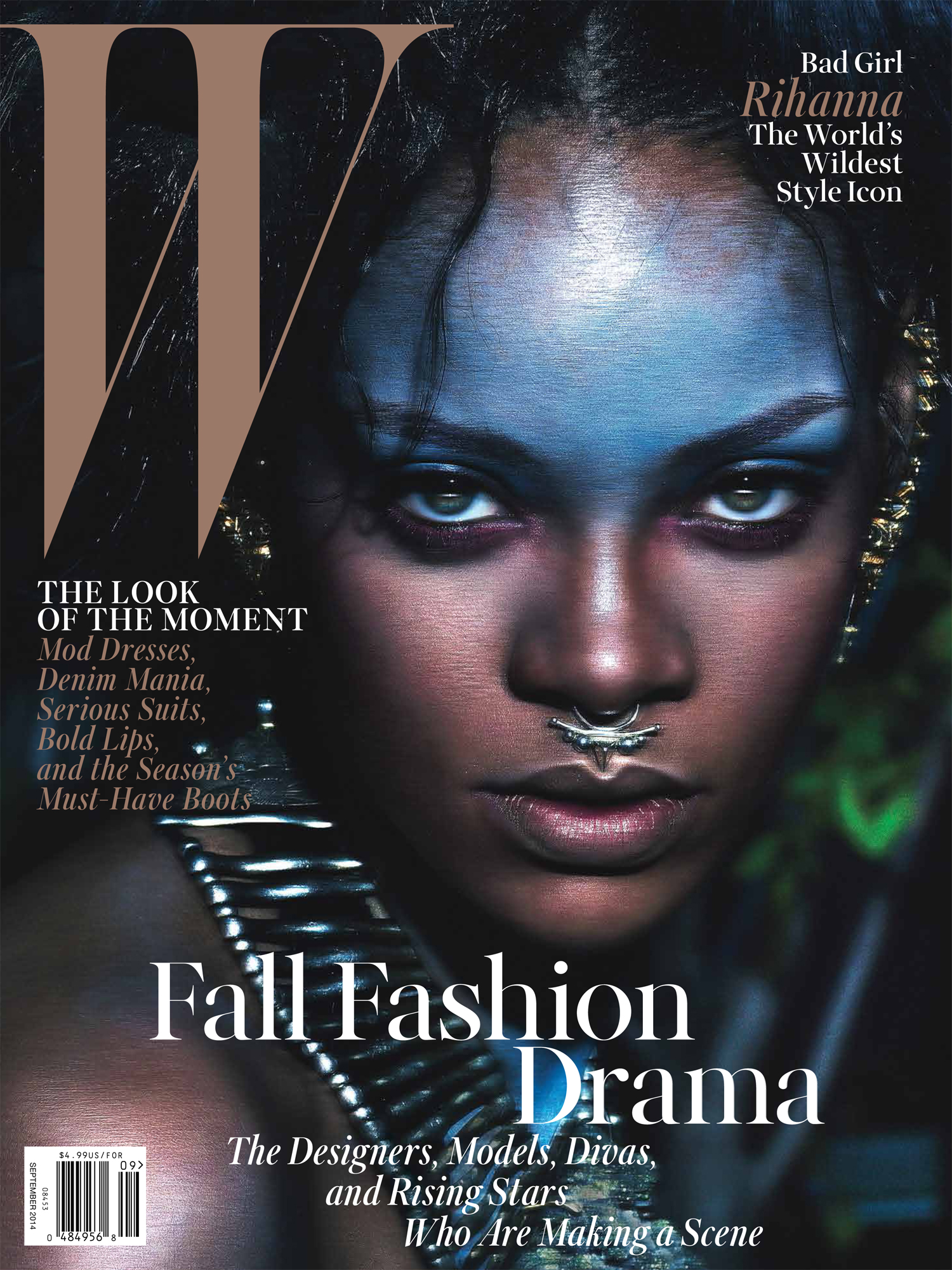 Another knockout cover coup for the W team: the mag revealed today that Rihanna is their September girl. Eh, eh, eh. RiRi was shot by Mert Alas and Marcus Piggott and styled by Edward Enninful in a Donna Karan dress and Ashley Llyod headdress for the cover featuring the “world’s wildest style icon.’ “Rihanna came [to the shoot] with her own mental mood board, channeling the power of Grace Jones and the sophistication of Josephine Baker,” writes editor-in-chief Stefano Tonchi. He’s not kidding. Inside, she’s decked out in numerous looks that she recently Tweeted as ‘an Eskimo horror story.’ If that’s not enough Ri for you, she also appears in a story on Balmain’s Olivier Rousteing with Naomi Campbell and Iman. 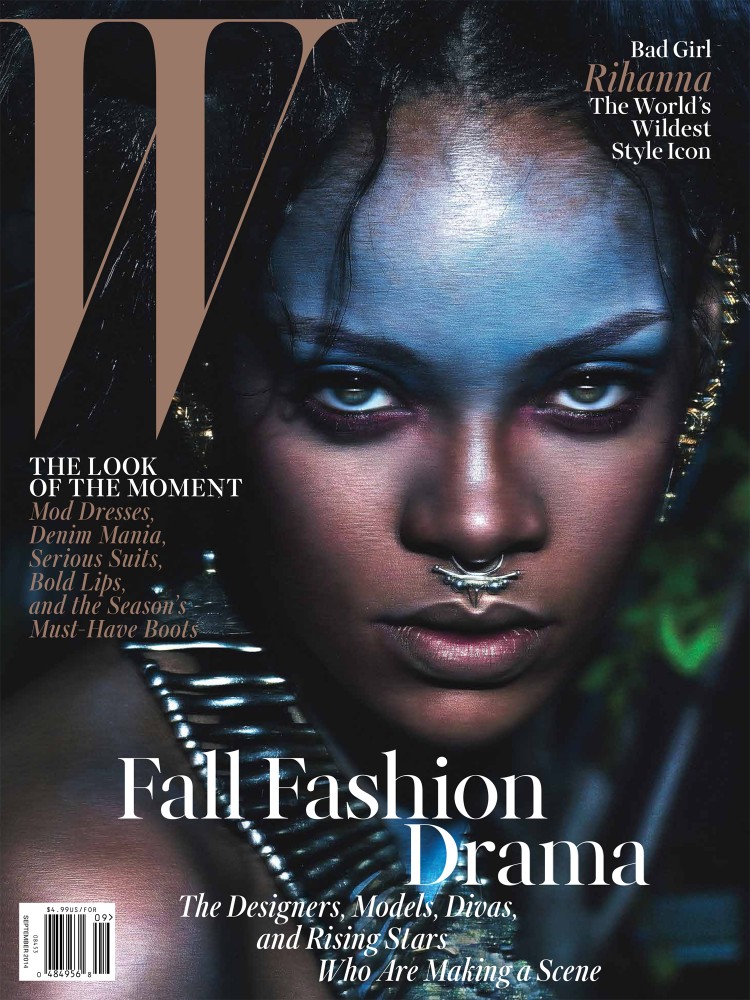