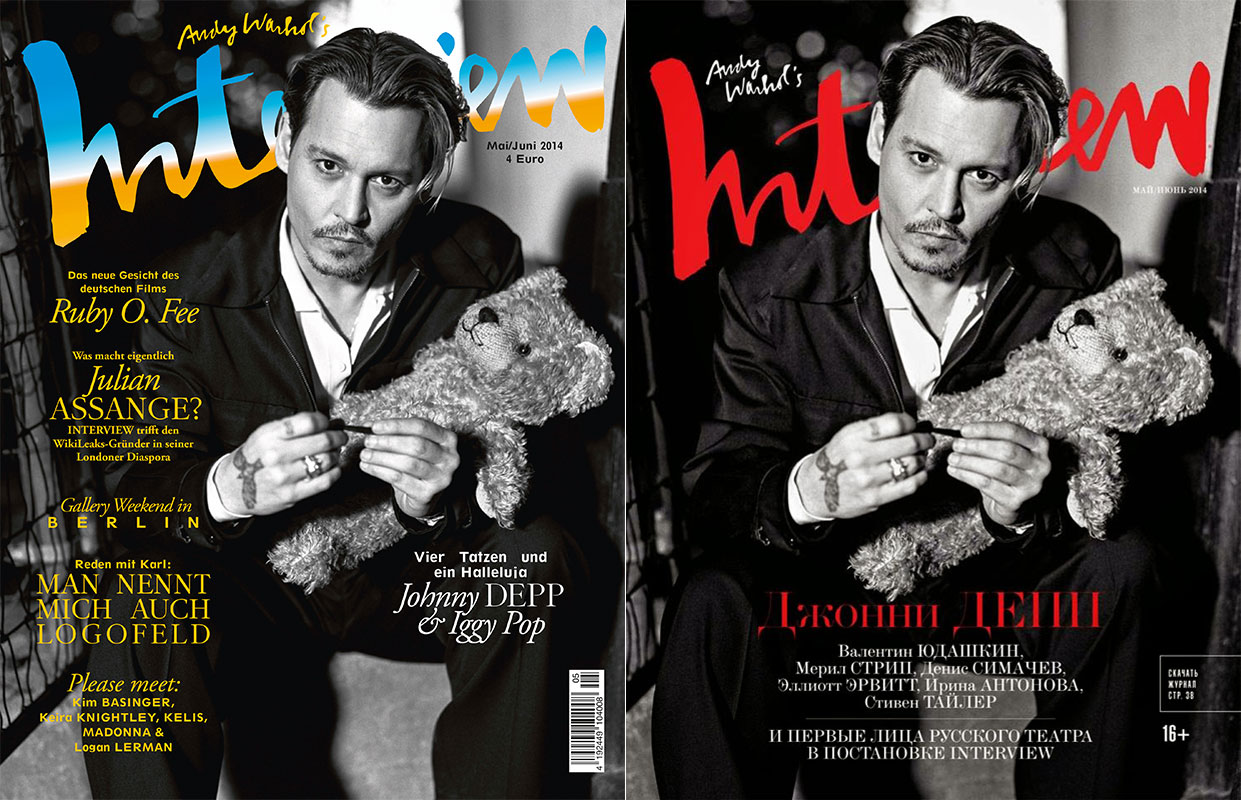 We don’t mean to cause any international feuds, but Interview Germany [pictured left] and Interview Russia both have the same image by Bruce Weber of Johnny Depp holding a teddy bear on the covers of their May/June issues. So…Which one do we think wins between the two? Our vote is going to go with the Germans this time. The yellow coverlines pop out, while the Russian edition’s red masthead on black and white feels a bit ‘been there, done that’ to us. Incidentally this is also the same image that the American version of Interview had as their cover in their April issue. Getting some bang for their Johnny Depp buck over there.

Lol I wished I knew about this jewelry line, I feel as though I missed out of some very different, and tasteful jewelry. We’ll alright I’m gonna start purchasing from his website. I still have some time left in my life.thank you it hasn’t been to late
Kay Emerson