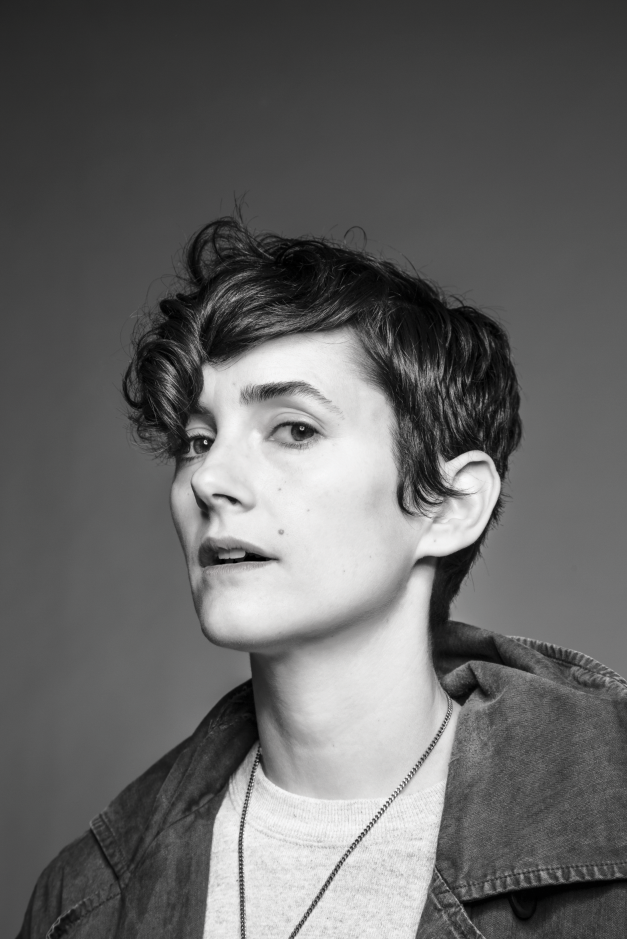 Whether it’s Ruth Negga in a flowing red Valentino gown at the Oscars (and the accompanying ingenious hashtag #MegaNegga) or Sarah Paulson’s metallic Marc Jacobs number at the Globes, stylist Karla Welch has a knack for dressing Hollywood’s top talents with boldness and gusto.

You grew up in Canada. How did you come to be a stylist in Los Angeles?
Through my husband, who’s a photographer. I kind of started styling his jobs. But I grew up in the business—my father had a menswear store [Ken’s Clothes Closet in Powell River in British Columbia], and I was always super into fashion. I started doing music and ad jobs, and that kind of segued into the celebrity world.

Who was your first celebrity client?
Olivia Wilde. This was about 10 years ago, when she was just starting on House. She’s my OG! We’re great friends. When I’m going through a good awards season, she’ll be like, “Oh, my God, I love that. Have they learned that you’re always right?”

How do you decide which clients to take on?
It’s about their work, to be honest. I’m not overly interested in young, skinny, and pretty. It’s very much a merit-based process. I have to totally respect the work. Unless you are paying me so much money, then of course I’m going to do you, too. [Laughs] We all have to pay rent!

How do you really get to know your clients?
There is no cookie-cutter approach, but I like explaining my process to them. If you’re coming to work with me, it’s about how I’m going to do it—styling is my process. Their process is about something else.

You’re big on Instagram. Have you formed any relationships, fashion-wise, that way?
Yeah, totally. It’s such an unbelievable tool to find new designers, and to reach out to houses after you get to know their reps through Instagram. From social activism and work points of view, I love it. It’s connected me to people who I normally would never get the opportunity to chat with. You can really get a sense of who a person is if they are using it in that way. I’m all out there, for sure.

A swarm of Beliebers came after you on Instagram, asking you to put Justin in a suit. How does one handle that?
Thankfully I’m an older, mature person who understands how to let things roll off my back, but they were super intense. I was more shocked from a parental standpoint—what the hell are these kids saying to me over a suit? I wish they would put this much effort into their homework. We had a good laugh about it. It was around Grammys time last year and he said, “Well, I’m not going to wear a suit.” And I said, “Justin, you have to!” He was just teasing me, of course.

You style mostly women these days—do you still work with Justin often?
I sure do—he’s my man! We just sent out a bunch of custom pieces for his stadium tour. There are some new vibes coming—a little more skaterish, and we’re customizing a lot of vintage pieces. The first time I styled Justin for the Believe tour, it was full-on costuming. I was making weird jackets and leather tank tops. Now he literally wants to wear a sweatshirt, which I love.

Tell us more about these vintage pieces.
It started with Dickies. L.A. has the best flea markets, so I got a bunch of old vintage Dickies jackets and patches. We do a lot of silk-screening. For sweatshirts, there is this stall—I’m giving away my secrets!—at a flea market run by these Japanese kids. I hit it early and buy all their sweatshirts and then we silk-screen them for Justin.

Ruth Negga has made most best-dressed lists this season. How did you approach her style?
She’s a theater actress and this was her first foray onto the red carpet. We had to completely develop a red carpet style. She has an amazing sense of how to conduct herself on a carpet. Designers were very much behind us from the get-go, especially Valentino. That’s why we chose Valentino for the Oscars. It was kismet. I said I wanted it red and that I wanted her to seem like she was floating, and then Pierpaolo [Piccioli] gave me the dress. Ruth and I connected in an amazing way and she let me steer the ship. We just got each other. We love similar types of music and we hit all the markers.

She wore a blue ACLU pin on that dress in support of her character in Loving.
The ACLU was the reason the Lovings [the couple portrayed in Loving] were allowed to be married. When the campaign came up and I mentioned wearing the pin to her, she said, “Of course!” She would have worn it regardless. I wish more people wore them!

Did you give Ruth the nickname #MegaNegga?
[Laughs] She gave herself that nickname when she was a kid. She told us and I was like, “Oh, yeah, I’m hashtagging the hell out of #MegaNegga!” She is mega. It’s hilarious.

You also dressed many of the guests at the Vanity Fair party. Do you sleep?
Not during awards season! But every show was so easy this year. We had a little magic behind us. The work is done by the time we get to the day, so it’s about facilitating. Most of them were a single dress fitting. Michelle Monaghan came in, and I was like, “I want you to wear Brandon [Maxwell],” and she put the dress on, we did a jump around because it was so cute, and off she went. It was a long day, but it felt great. We’re always happy by the time the Vanity Fair party is over!

Do you look at the best-dressed lists?
Nope. Years ago, I would get super obsessed with it. I think you know when you’ve hit it. I like to hear it from peers. It doesn’t change how I feel about anything; it’s not a competition. I measure my success on whether my clients are happy.

You also dress Sarah Paulson, who won a Golden Globe this year.
Stylistically, she wanted to find a place that was a little different. Oddly enough, we met walking into the Met Ball after-party two years ago, and she was like, “My dress is getting bad reviews.” I turned to her and I said, “Well, do you like it?” She was like, “Yeah.” I said, “Then I don’t think you should really care, should you?” We were being completely sassy. I love working with her. We have very similar taste. She likes to look really sharp, and she’s fun to boss around!

What is your personal sense of style?
I wear Levi’s and a lot of Nicolas Ghesquière–era Balenciaga, Céline, some Gucci. I love Prada, and I always have a couple of beautiful Rodarte dresses.

How do you work with your East Coast clients, like Karlie Kloss?
Sometimes we FaceTime. Karlie is wonderful—beautiful, super tall, a cool girl. She’s just a nice human. I like what she’s doing and what she’s standing for. Plus, it’s fun to dress a model!

What’s your take on L.A.’s fashion scene?
When I started, everyone pooh-poohed on L.A., but the landscape has changed so dramatically. I just did Laura [Brown’s] first InStyle cover, and I was like, “Thank you for thinking of an L.A. stylist.” And she was like, “I don’t think like that anymore.” People’s perspective on what can be done has changed, and I’m thrilled to be a part of it. There is so much space to be creative.

Have you won anything before?
I won a humanitarian award for a speech on equality. Go figure!

Paris Jackson on Her Modeling Debut, Fashion Goals, and Acting