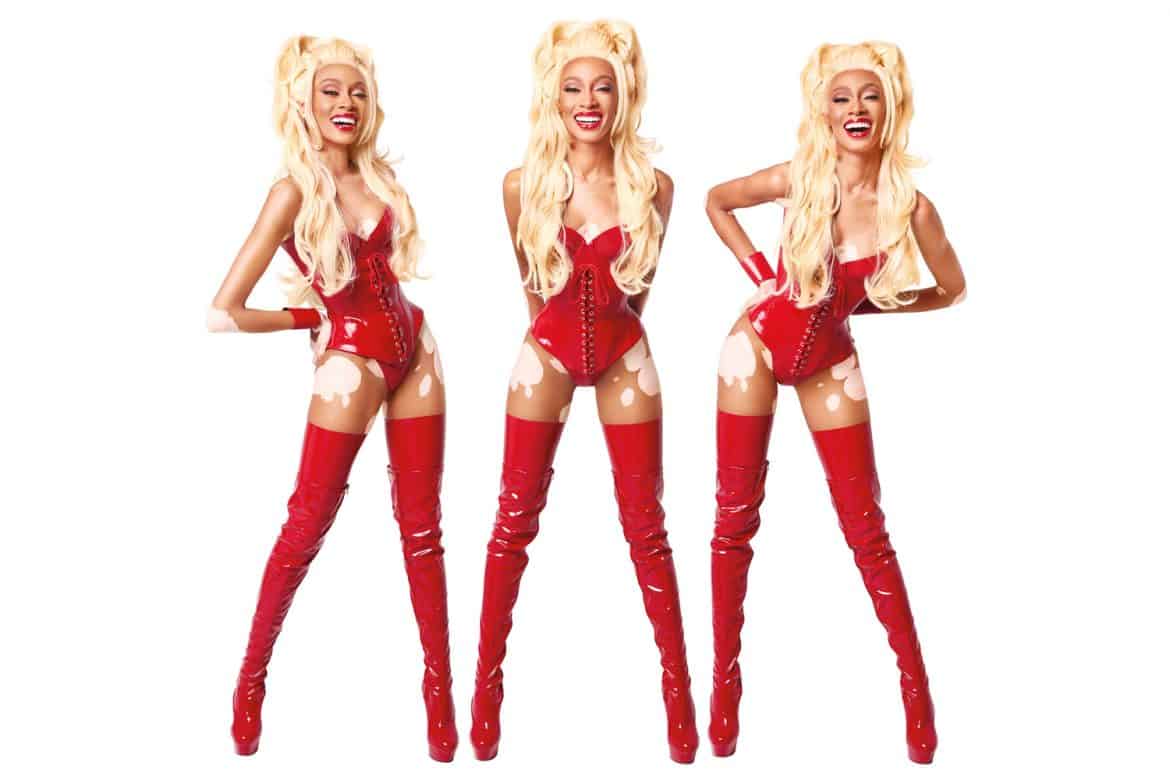 To celebrate the 25th anniversary of Viva Glam, MAC is re-releasing its original campaign. But there’s a twist — instead of RuPaul in a red corset spelling out VIVA GLAM by posing, it’s Winnie Harlow! If Harlow’s RuPaul attire looks familiar, it’s because the model originally donned the red corset and blonde wig on Halloween.  “Thank you MAC Cosmetics for not only allowing me to be the new face of Mac Viva Glam, but using my creative in the campaign!” She wrote on Instagram. “I worked hard to pull this look and shoot together with my team, inspired by one of the greatest charitable campaigns from 1994 (the year I was born) of Rupaul.” 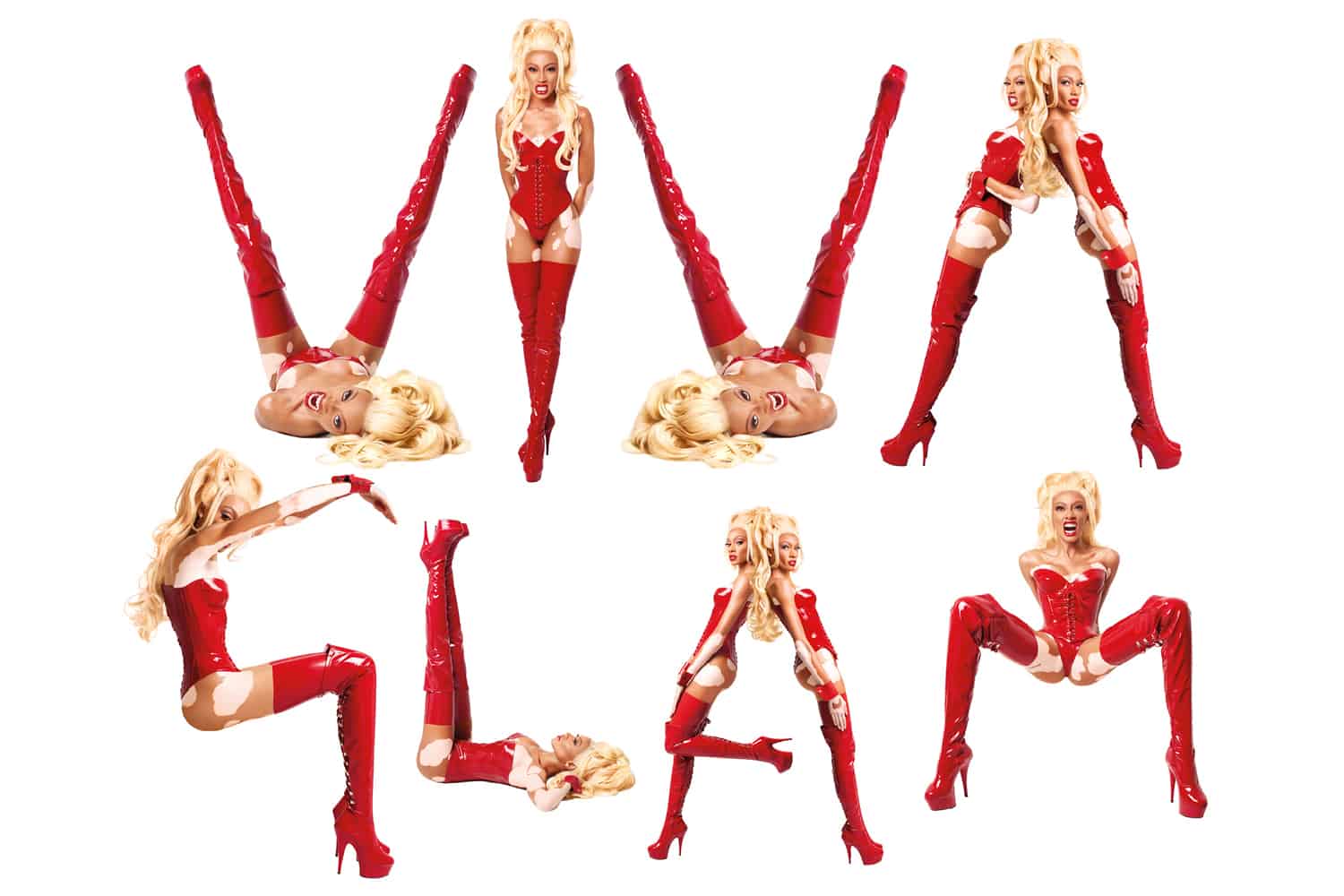 Viva Glam was first created in 1994 to make a meaningful difference in the lives of people living with and affected by HIV/AIDS. In the quarter-century since its inception Viva Glam has worked with numerous celebrities — including Sia and Miley Cyrus — on limited-edition lipsticks, raising $500 million for the global fight against HIV/AIDS. Viva Glam funds also support equal rights for women and the LGBTQ communities, supporting organizations like God’s Love We Deliver, Lifelong AIDS Alliance, Planned Parenthood, GLAAD, and Girls, Inc., among others.

In addition to recreating the ’94 campaign, MAC is also re-releasing the original Viva Glam lipstick shade. The lipsticks retail for $18.50, with every cent going to charitable organizations. Get yours online, now! 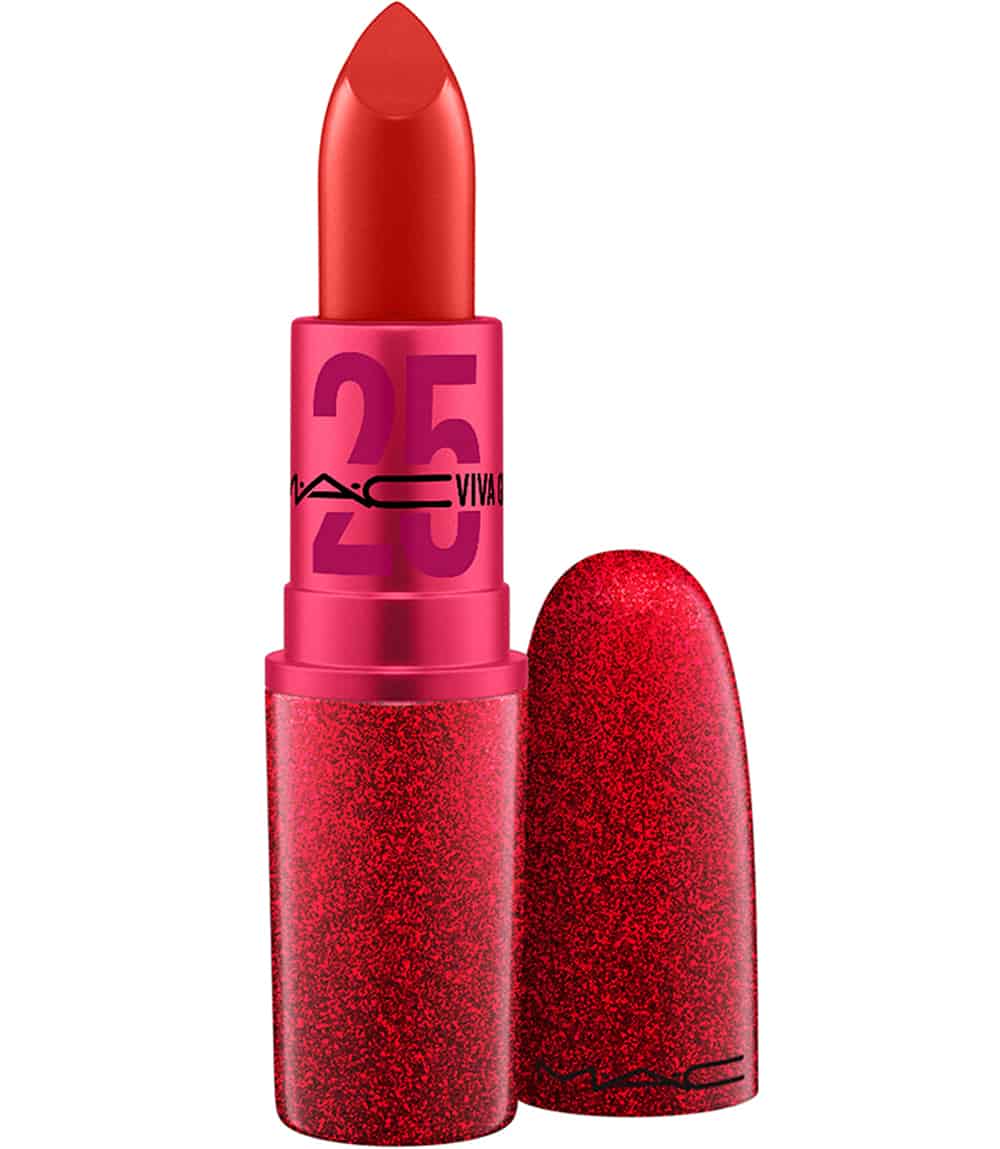 Moschino Announces Beauty Collection, Moncler Is Not for Sale