GQ’s New Creative Director, Will Welch, on the Advantages of Staying Put 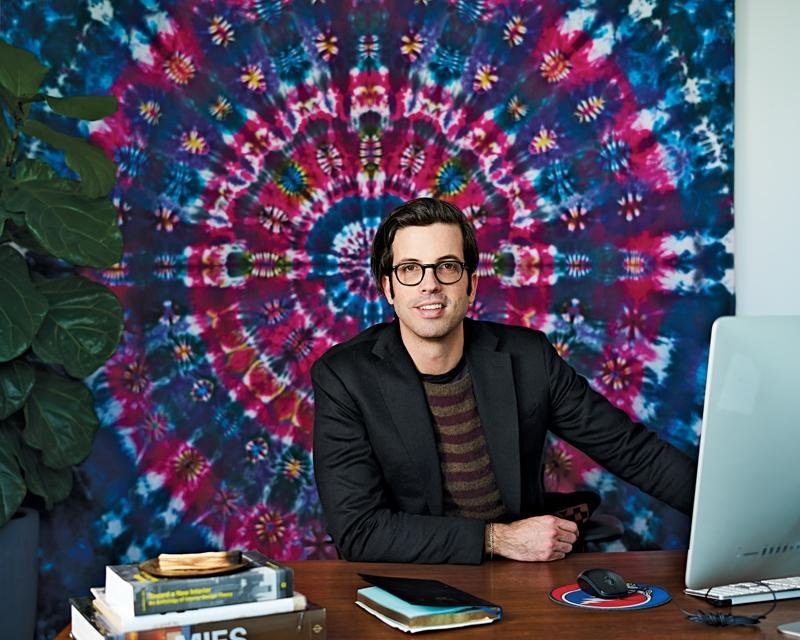 Will Welch is the consummate Gentleman: He’s spent more than a decade in various roles at the Condé Nast glossy and even
served as launch EIC of GQ Style. Now, Welch is expanding his reach at GQ proper. Over eggs at The Odeon, he fills us in.

How’d you feel when you first found out about your promotion to creative director?
It didn’t come out of the blue, and there were no balloons and confetti. [Laughs] An ongoing series of conversations led to this. I’ve been thinking a lot about the political, cultural, and economic environment we live in, and the ever-changing relationship between celebrities and magazines. The only constant right now is upheaval and change, so I feel like the only way to succeed is to fully embrace that. It’s what we’ve been trying to do since this role officially started, right after the holidays.

You’re quite the Condé lifer.
I started at GQ in 2007, after working at Fader, a downtown music magazine, for four and a half years; I thought of myself as a music guy. Then, a friend at GQ—Adam Rapoport—called me about an opening. I thought, “What do I know about GQ?” It was on a Friday—I remember that I was out apartment-hunting—and I woke up on a Saturday knowing I wanted the job. I was hired to work on lifestyle stuff, but because of my music background, I quickly started doing music coverage and booking talent, too. I became editor of GQ Style in 2015, and for the past two years, I’ve been having the time of my life, work-wise. 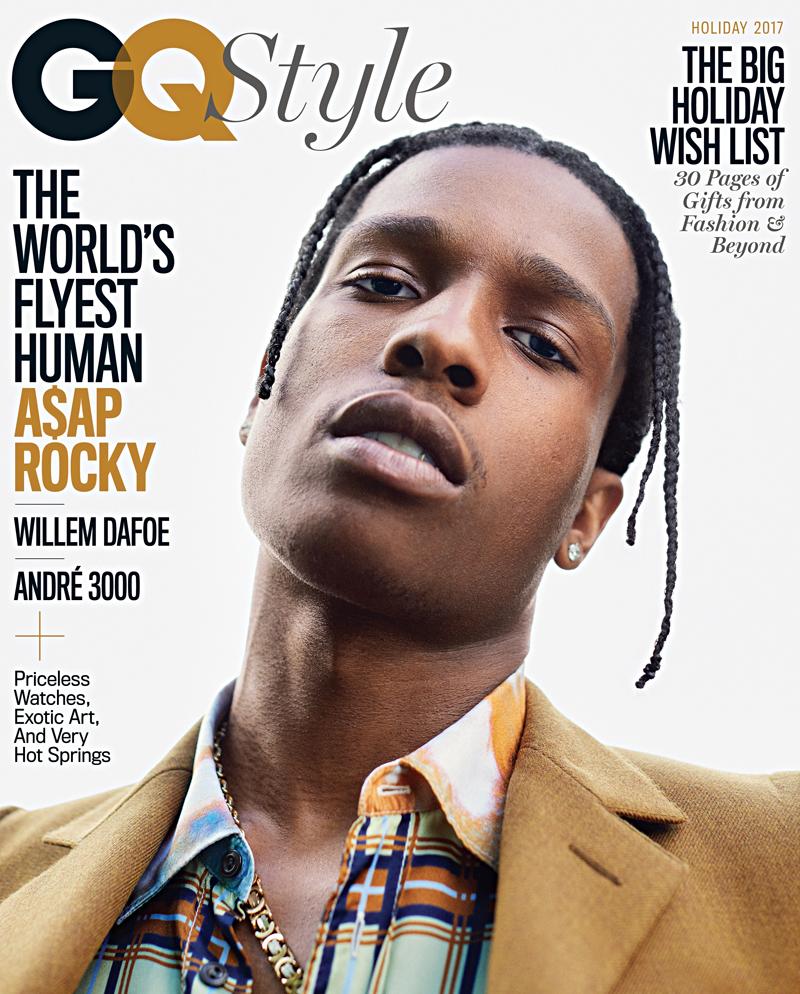 How has the GQ reader’s relationship with fashion changed over time?
When I joined GQ in 2007, we were telling men how a suit should fit; what shirt to wear with what tie; get out of your baggy jeans; don’t wear square-toed shoes; you don’t need a giant watch to seem successful. Really basic stuff. Now, there are edgier, more open-minded ideas about fashion. We’re deep in a lawless era of men’s style. In an increasingly freelance economy, “salary men” like myself are few and far between—most of the people I spend my days working with are freelance, like photographers, writers, and stylists. We’re seeing this with WeWork and the shared-economy culture. So this fashion moment, and broader culture moment, completely make sense.

How has your own relationship with fashion evolved over the years?
I grew up in Atlanta, around a preppy environment—it’s Polo country—and listening to hip-hop, which became a dominant cultural force, and then a fashion influence. I also discovered the Grateful Dead. So my touchstones are Ralph Lauren, the Grateful Dead, and Outkast. Growing up listening to the Grateful Dead versus growing up listening to punk rock, like a lot of my friends from New York—both of which are antiestablishment and super rebellious—yields
very different aesthetics and vibes. I developed a uniform; I wore, and often still wear, black Levi’s, a black T-shirt or sweatshirt, and a black trucker jacket.

Why did the already style-fluent GQ reader need GQ Style?
Men are underserved editorially, especially in terms of fashion and lifestyle, as well as interior design. There are a million shelter magazines out there, but none of them are made for the stylish man. With the rise of the menswear movement, including on the Internet, we felt like we could create a quarterly on expensive, super beautiful paper, for men whose tastes had become really advanced. Ten years ago, that audience didn’t exist—there would’ve been 11 people reading. [Laughs]

Was GQ Style designed to address or nab Details’ readership when it folded?
It can’t be an accident that Details closed and GQ Style launched in the same announcement. That said, I spent zero time thinking about Details and its audience in the creation of GQ Style.

Any recent GQ Style stories you’re especially proud of?
We went to [beloved Nigerian musician] Fela Kuti’s shrine in Nigeria to shoot a fashion story. Our fashion director, Mobolaji Dawodu, is Nigerian, and he dressed them in traditional Nigerian garments with designer coats. We’ve also had an awesome time working with recognizable names and faces, but in a different way, like the Brad Pitt cover. 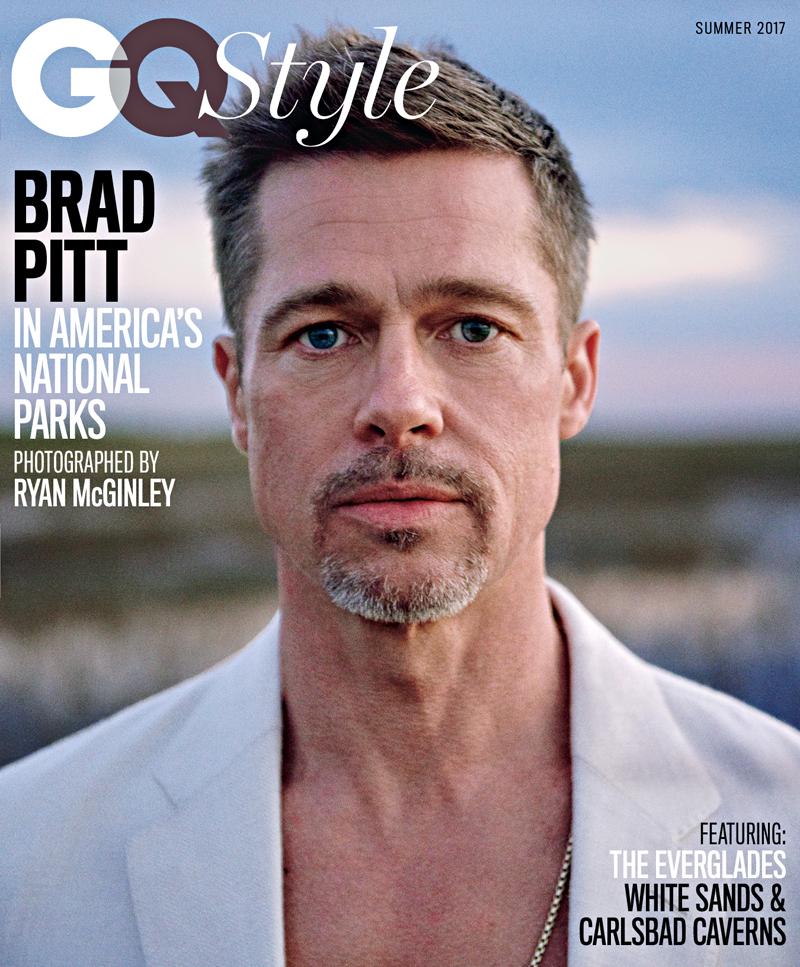 How did that come together?
I had the idea right after the election. Instead of joining the chorus of people arguing and throwing rocks at each other, I thought, how can we find something about America that we can all agree on? I’ve always loved the photographer Ryan McGinley, and thought it’d be so incredible to do one of Ryan’s road trips through national parks. [GQ’s senior entertainment editor] Dana Mathews thought we should take this to Brad Pitt. It was a reaction to the moment culturally. I think it was political, in my way—a bigger kind of statement, yet one that felt appropriate for a men’s fashion magazine. It was a collaborative process.

Tell us about the good, the bad, and the ugly of celeb wrangling.
We’re in the business of working with celebrities, and I try to resist this dynamic where the magazine is trying to milk the celebrity for as much content as possible, and meanwhile, the celebrity’s publicist is trying to minimize, to get their cover story by doing as little as possible. You end up in interactions that are at odds, even though the goals are the same—to make something beautiful, for the [talent] to look great, for us to have a compelling story. Tug of war, politics, weird vibes—that’s the enemy of a successful photo shoot. My approach is to bring an open mind and collaborative spirit to the situation. It’s about keeping the energy good, but being clear and direct about what everybody’s needs and interests are.

What’s your rapport like with [GQ editor-in-chief] Jim Nelson?
One of the things I love about working with Jim is that he’s antsy, in a good way. I can’t tell you how many times we’ve had franchises that were coming along, growing, loved by our readers, successful business for the magazine, and he’d say, “I think it’s time to change that up,” and we’d tear it up and build it from scratch, or tear it up and create something else entirely. That impulse has always been there in Jim’s GQ, and I’ve tried to really embrace that, push it forward, and get everybody on board.

How about with your predecessor, Jim Moore?
When I was style editor, before GQ Style, Jim Moore was in charge of the fashion, and I was in charge of editorializing the fashion, so we really worked hand in hand. Jim has been the architect of the GQ look, which is a powerful thing, for 30 years. He’s been a spiritual mentor to me in terms of work. I learned work ethic, the meaning of creating an incredibly broad but consistent body of work that matters, and everything it takes to make a great shoot from Jim. His sensibility is to be super prepared, and then, you can be flexible in the moment. The level of preparation is unlike anything I’ve encountered—researching the subject, doing an incredible amount of due diligence in terms of the clothing, and really being a stalwart in terms of the need for a fitting ahead of time. Jim Moore is never winging it, even in the most impossible of circumstances. I’m super dedicated to being the liaison for his creative-director-at-large position, and making it super fulfilling to him, and a continuation of his body of work at GQ.

What has kept you in one place for more than a decade?
I’ve watched my peers while I was growing up, or younger people, get antsy in jobs and maybe somebody offers them a job at a shinier title but it is a lateral move. Or you just want change to have change. But I have seen a lot of people jump around, and a lot of times it’s gotten them great titles and raises, yet now, going on 15 years [professionally], some of my peers don’t have much to show for it, other than climbing a ladder. It’s all interesting experience, but it’s like, what can you point to and say, “Here’s my work”? In my work, I’ve taken a lot of risks.

Are you feeling the weight of doing two full-time jobs at once?
There’s a workload difference, but it’s not a huge shift structurally day to day. A big part of my career maturation has been learning how to prioritize efficiently. Your in-box and phone are totally passive things. They don’t care what your priorities are—other people’s needs just slide in. If you give into the chronological, date-received role of your in-box, you’re in a reactive mode. I come into the office knowing what my priorities are, and try to keep those priorities, regardless of other things being slotted in. It doesn’t always work.

How much do you deal with the digital side of things?
This year, we’ve integrated GQ, GQ Style, gq.com—it’s all one. There are hurdles, in terms of different cadences [for print and digital] and staffers’ metabolisms. Some staffers have an idea, put it on the Internet, which just comes completely naturally to them; other people are more about working the process and perfecting. But the more everybody works on both, the more it becomes a seamless process. We all have to have clear tasks and things we own, but the more it can be one conversation we’re communicating, the better-positioned we are.

How do you feel about working in print in 2018—do you ever get anxious?
Absolutely. I was in the waiting room at my doctor’s office recently, and there were magazines everywhere—seven people were in the waiting room, and all seven of us were on our phones, surrounded by magazines. Including me, and I work at a magazine! I had e-mails to send. That used to be a captive audience. I’m not blind to that stuff, but to me personally, print is still really exciting, and I think we’re doing a good job of adjusting to this new environment, working with social, video, web, and experiences. I’m sure it was exciting to have a role like the one I have now, 20 years ago, when money was falling from the sky and streets were paved with gold, but this is such an exciting challenge, to be in the heart of the flux. As a print magazine, at this point if you’re not trying new things and realizing that business as usual or the status quo is not exciting, and not the solution GQ needs—to me, that’s very clear. So I’ve just been going for it.

Kristina O’Neill’s Success at WSJ. Goes Way Beyond the Newsstand