Will Julianne Moore Wear Tom Ford To The Oscars? We say No. 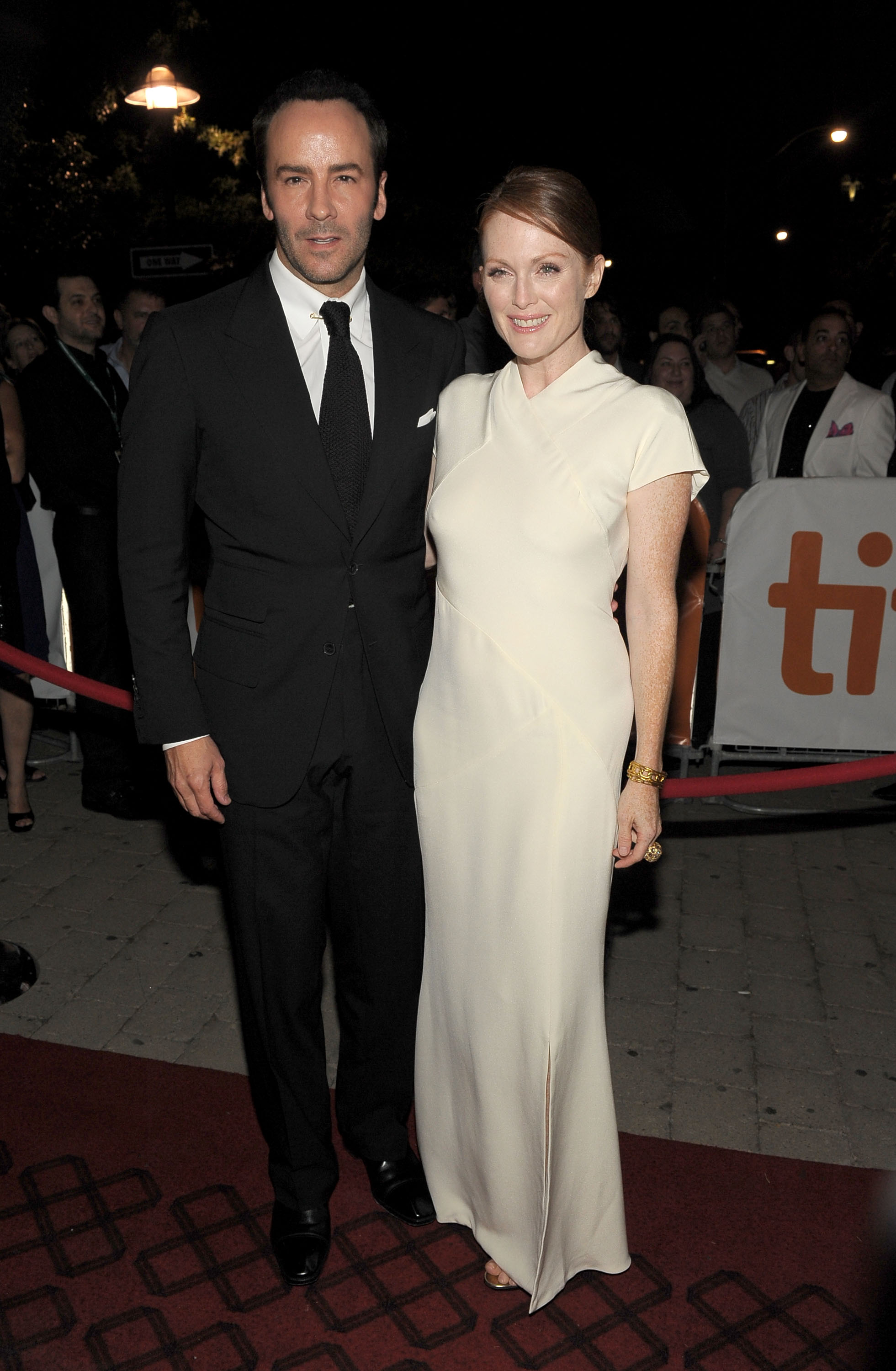 Last night, Julianne Moore, who we just spotted at the Hugo Boss show on Wednesday, was in Los Angeles to sit front row at Tom Ford’s epic show alongside Jennifer Lopez, Reese Witherspoon, Amy Adams, Beyonce, Elton John, and so many more celebs, we could go on and on, but this is Moore’s weekend to own. It’s pretty certain that she’ll be going home with an Oscar on Sunday for her role in Still Alice, but who will she wear to the show? We’re putting our money (all of it!) on Chanel, even though Ford directed her in 2009’s A Single Man; their history dates back to her first nomination for best supporting actress for her role in Boogie Nights. “I met Tom in 1998 actually, during the Oscars when I was nominated,” she told The Daily last night at the show. “He made me a dress. He had a little atelier set up in the Beverly Hills Hotel and he was so warm and so funny and so nice and we’ve been friends ever since. We’ve worked together a lot. The guy is remarkable. He has an unerring sense of style but he’s also incredibly down to earth. He’s such a great friend.”

But fashion insiders are talking Chanel haute couture as an upset.

Enjoy some of our favorite looks of the future Oscar winner wearing her fave designer (and with him!) throughout the years…Julianne will wear plenty of Tom Ford on future red carpets…

In Tom Ford at the 2015 EE British Academy Film Awards

In Tom Ford at the Golden Globes in 2013

With Mr. Ford at the T Magazine Golden Globes party in 2010

In Tom Ford at the Venice Film Festival in 2009