Will Alessandro Michele Be Gucci’s Next Creative Director? 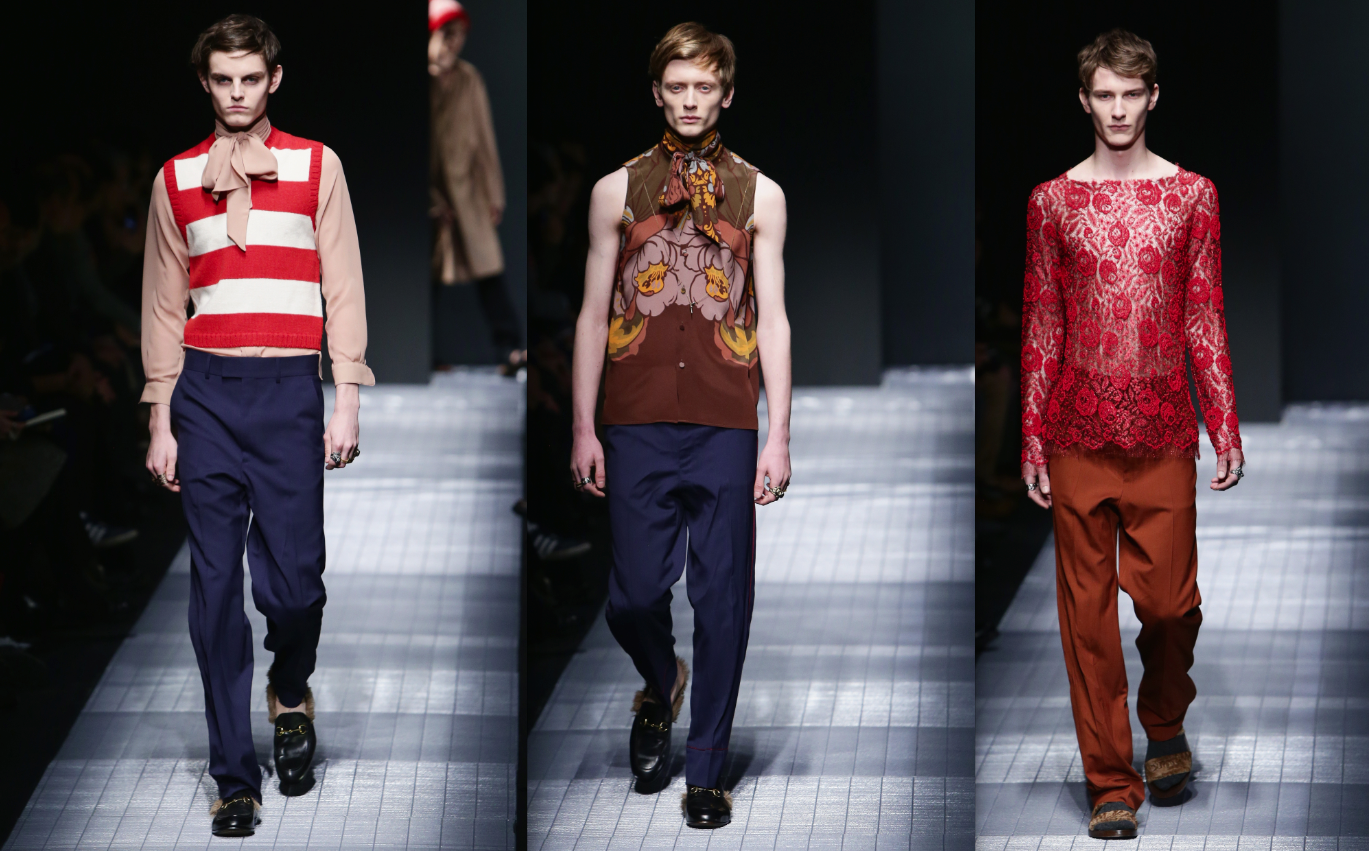 After former Gucci creative director Frida Giannini was ousted from her post earlier this month, the industry has been busy speculating about her successor, citing the likes of Saint Laurent’s Hedi Slimane, Givenchy’s Riccardo Tisci, Emilio Pucci’s Peter Dundas, and Joseph Altuzarra. But after Gucci’s head accessories designer Alessandro Michele took the bow at the end of the house’s Fall 2015 menswear show, the buzz is that he is the front runner according to the New York Times and WWD. The latter claims Michele will be officially appointed tomorrow.

Giannini was head of accessories when Tom Ford was designing for Gucci before succeeding him, which would make Michele’s potential appointment seem logical. However, reviews of Michele’s collection have been mixed. There’s no doubt that the gender-bending slew of looks, like the much talked about see-through lacy red top, were quite a departure for the brand. Matthew Schneier of The New York Times reported that post-show guests were drawing comparisons to designs from J.W. Anderson, Prada, and Saint Laurent. Tim Blanks of Style.com saw a likeness to Prada, plus a nod to editorial spreads from Another Man published in a new tome on the glossy from Rizzoli. Perhaps Peaches Geldof’s widow Thomas Cohen was also an inspiration? It certainly looked like a collection of pieces he might actually wear. The musician is known for his quirky thrift store ensembles like jackets with cropped sleeves and slouchy trousers and neck ties. Of course, Mick Jagger and Keith Richards preceded him, as Blanks referenced in his review. In other words, it was quirky and femme. Blanks called it “deliberate sissiness” and posed the question, “But how on earth could that be the launchpad for the label’s next incarnation?” Miles Socha of WWD said, “Familiar Gucci fare—vaguely Seventies suits taut across the shoulders and demonstrative outerwear—mingled sometimes uneasily with shrunken sweaters, lace T-shirts and pajama-like pants.”

Most of these critics do seem to acknowledge that Michele deserves some respect for turning around an entirely new collection in a matter of a week and that at least in his efforts to create a fresh look for the brand, he succeeded. But as New York Times fashion critic Vanessa Friedman points out about the fast turnaround, “It serves to publicize one of the less felicitous developments in fashion, which is the ridiculously fast current product cycle.” One thing that can be agreed upon is that this collection is a sign of the times…in more ways than one.