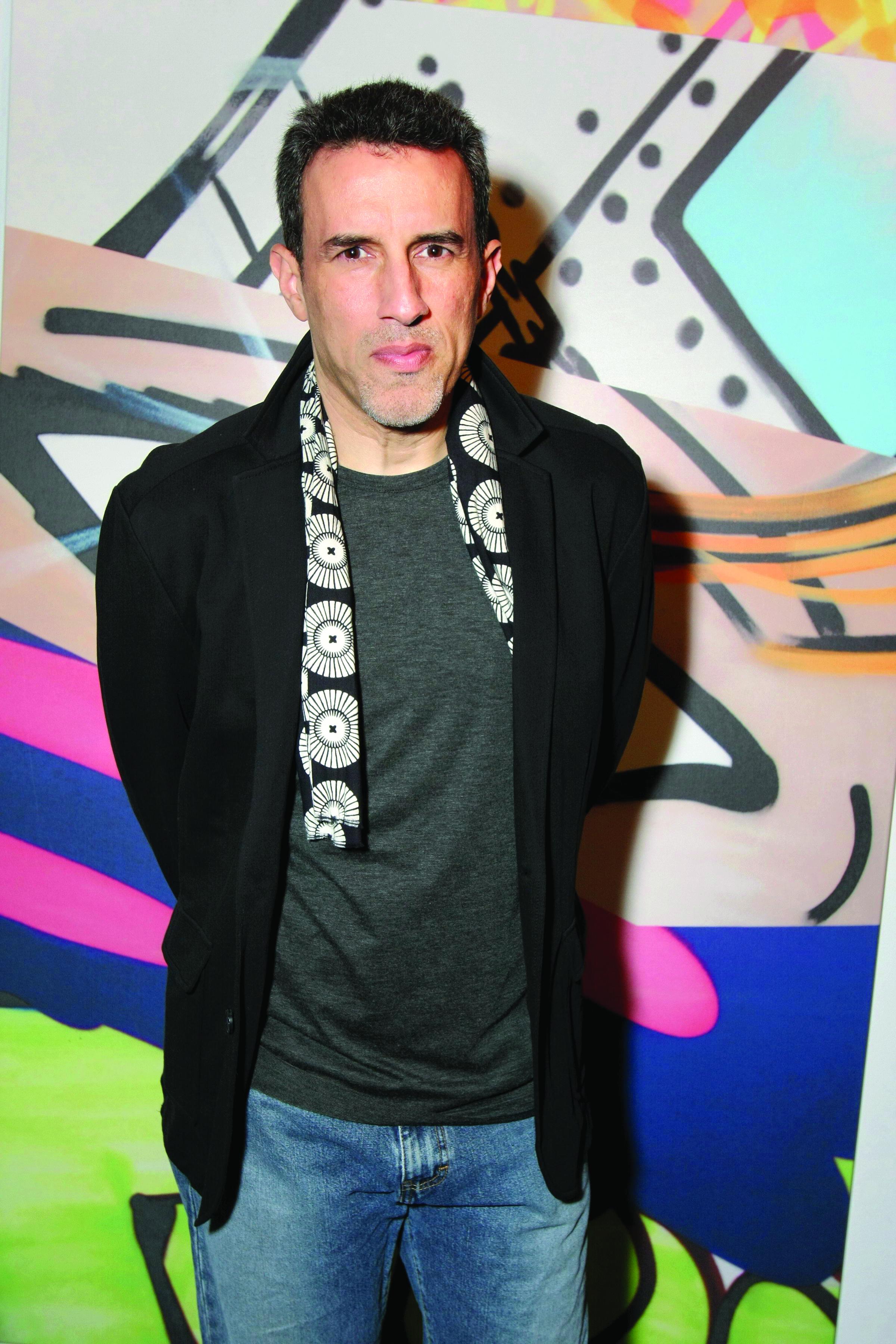 Shaping the graffiti movement since the ’80s, John “Crash” Matos continues to make a splash in the art world with his abstract, colorful, and typically massive works d’art. The artist is creating a live-mural event in partnership with American Express at the W South Beach on December 3, where guests will be able to meet the pioneer and witness the creation of a new work.

When did you get into graffiti?
When I was about 13. I grew up in the projects in South Bronx and met some of the older guys who were doing it and picked it up from them.

What was the reputation of graffiti art when you began your career?
It was considered vandalism for a long time. I would paint in the subways around 1975, and it wasn’t looked at as a positive by everyone. Some people did, but it was a little rough at the beginning.

How did you get your nickname?
It’s a computer term. I was attending high school in Manhattan and my major at the time was computer programing. One day, they were teaching us how to turn on the computer and I inserted the disc wrong to start it up, so the system crashed, and that’s how it happened.

Where do you look for inspiration for your art?
I grew up in the ’60s, so I was really into early comic books and Japanese animation. Today, I sometimes go back in time—now with the Internet you can really do that—and am still interested in the whole pop scene with comics, but I’m also into music. Whenever I paint I always have music around me.

What genres of music do you like?
I’m into everything except for country music. [Laughs] It doesn’t do anything for me. I’m also not a huge Taylor Swift fan.

How has graffiti evolved over the years?
It’s gotten more technical and advanced. There’s so much going on in the world and so much imagery that can give you ideas. In the beginning it was just lettering, but it’s grown so much.

How do you keep it fresh?
To me, you have to keep an open mind. Most people say they’re just going to do what they want to do, and that’s it. But that defeats the purpose of being creative. You have to be open to whatever’s out there. It’s a great challenge, and there’s always a sense of risk that you take. You have to be able to just go for it and not be afraid. Mistakes happen, but to me mistakes are not mistakes.

What’s one of your proudest moments?
I thought what I just did at the Hard Rock Stadium in Miami was really cool. To make a mural that big [almost 300 feet by 20 feet] that’s so bold is pretty cool. It was abstract-meets-pop with different pop imagery and abstract colors.

You’ll be live-painting a mural at the W South Beach during Art Basel. What sparked this?
Initially I was asked to design Christmas trees for all of the W Hotels around the world, and then they asked if I’d be interested in doing something at one of their hotels [during Art Basel]. I could use some time away from the city! It’s going to involve music—DJ Ali Shaheed Muhammad will be playing while I paint.

Do you typically live-paint?
It’s rare for me. I’m private about how I work, so normally, I paint in a studio.

Even your Instagram account is private!
Yeah, if anyone wants to contact me, they have to go through one of my friends. Once you reach me, I’m easy to catch.