Who Is This Diesel Underwear Model Related To? 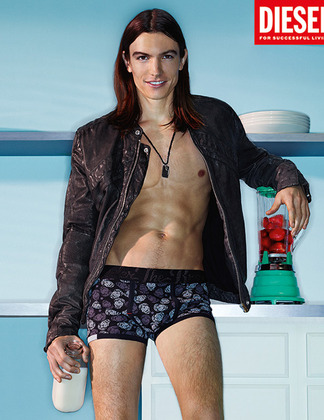 Meet Ian Mellencamp! He’s the nephew of singer John Mellencamp and appears in a new Diesel Spring/Summer campaign in just his skivvies. Will he be folllowing in his uncle’s show biz path? Maybe. “I went to one of his concerts at Radio City Music Hall with Meg Ryan [John Mellencamp’s girlfriend] earlier this year,” he tells Soapbox Media. “That could be good if I’m dabbling in acting. I’d like to transfer from modeling to acting if I can.” Something tells us he’s going to be just fine. Get on it, Meg.

There She Is! It's Anna Dello Russo!