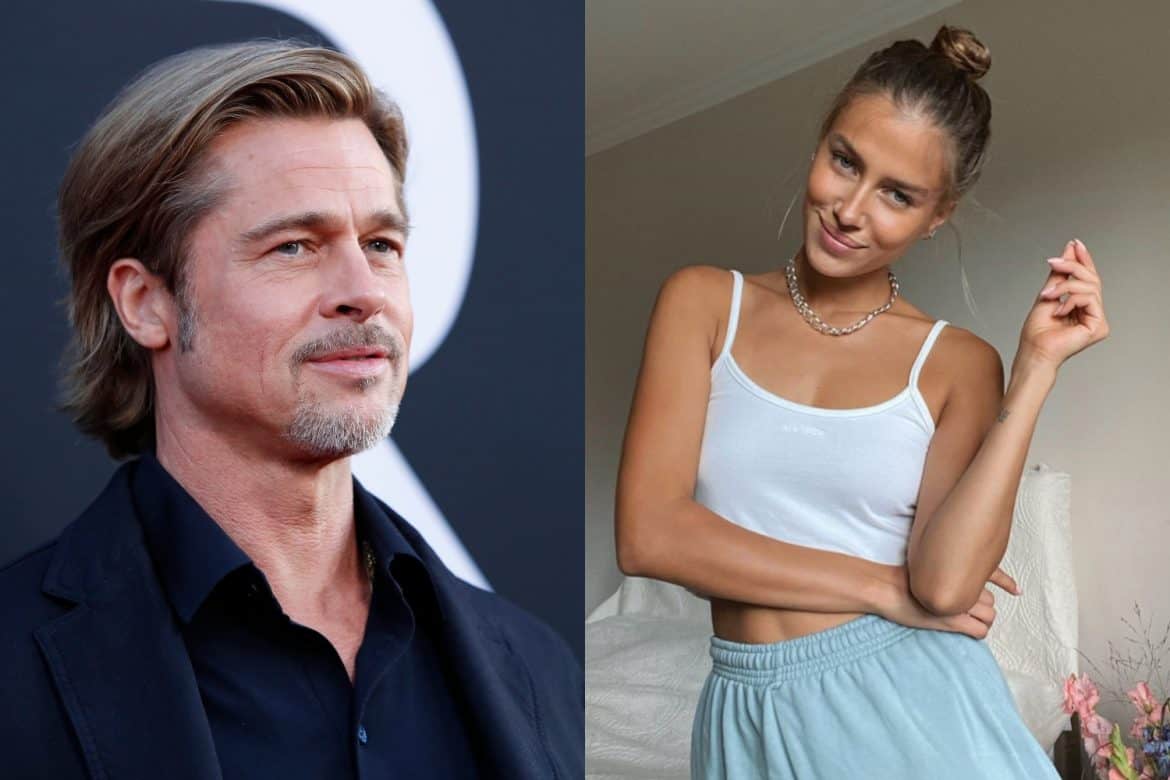 Brad Pitt has found a new flame! The actor was spotted boarding a private jet with his love interest—German model Nicole Poturalski—in an airport just outside Paris yesterday.

Us Weekly confirms that the 56-years-old star is indeed dating the 27-year-old beauty.  After obtaining what might be a contender for blurriest paparazzi photos in existence, the magazine reports that the duo met on the runway before flying to Pitt’s $64 million chateau in the South of France.

A source also confirmed their relationship to Page Six, saying, “They are seeing each other, they’re enjoying a vacation together.”

So, who is Poturalski?

The Daily Mail states that the multi-lingual model actually met Pitt nine months ago, noting that they were pictured together in the VIP section at Kanye West’s Hollywood Bowl performance back in November 2019.

The 5’10 brunette is signed with agencies in L.A. and Germany, and has appeared on the cover of German editions of Cosmopolitan, Marie Claire, as well as the current September issue of ELLE.

She uses the name Nico Mary for her modeling work and has an impressive 116,000 followers on Instagram, where she shares outfit shots and snippets into her life in L.A. and Berlin.

This is the first confirmed romance for Pitt, who has been embroiled in a divorce battle with Angelina Jolie, from whom he split from in 2016.

According to reports, it’s the custody arrangements of their six children that’s holding things up and turning things bitter.

In the last few months, Pitt was linked to jewelry designer Sat Hari Khalsa and actress Alia Shawkat. A rep for Shawkat denied the rumors and said the pair are just good friends.

The CFDA Release Official NYFW Calendar: Who Is Showing and Who Is Sitting This One Out?