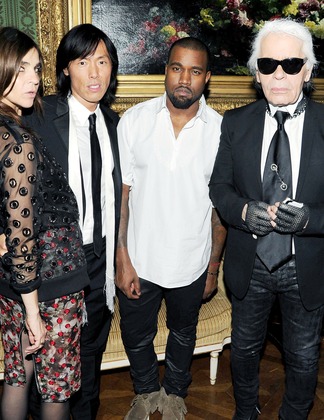 It’s not Paris Fashion Week without a party hosted by Carine Roitfeld. Last night she celebrated the second issue of CR Fashion Book with a black-tie event with all her peeps and a performance by Paris Opera principle Marie-Agnes Gillot at Shangri La Hotel. Devoted sidekick Stephen Gan was there as well as Kanye West, Karl Lagerfeld, Jessica Chastain (she’s become the Ryan Lochte of PFW), Joan Smalls, Glenda Bailey, Jessica Alba, Nicole Richie, Karlie Kloss, Jason Wu, Arizona Muse, we could go on… Issue 2 is devoted to a Roitfeld obsession (drum roll…): dancing. And dancing there was.