What’s Alek Wek Up To On New Year’s Eve? 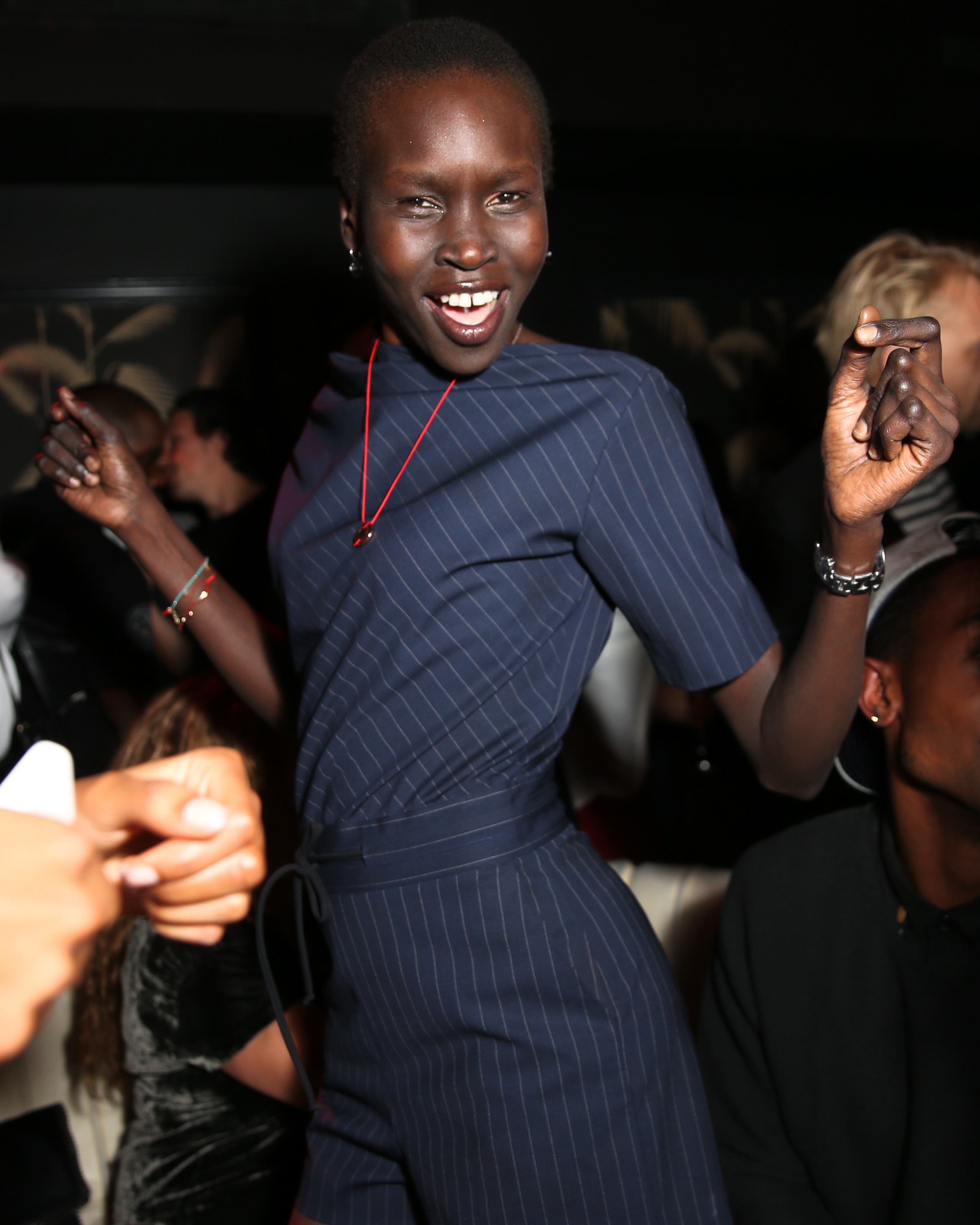 You know you’ve truly made it when you get selected to host the massive Times Square festivities on New Year’s Eve. That’s exactly what one of The Daily’s favorite top models, Alek Wek, will be doing come Wednesday night as we welcome 2015. Wek has always been a vocal member of the International Rescue Committee (IRC), which was selected as the charity partner for the annual New Year’s Eve festivities in Times Square. Given her South Sudanese roots, Alek had lots to say about the upcoming evening!

This is a huge moment. Have you ever been to Times Square on New Year’s Eve?

Never! I just see it in the telly. It’s like when your family comes to town, and they literally go and do tourists things, and look at stuff you have lived around for so long but never looked at. My cousin that goes to college outside of Washington comes and crashes at my pad with all of her girlfriends from college. When they’re here they go to Times Square and they come back and their eyes are so lit up.

What does your family think of the whole thing?

My mother is so excited. She’s finally so proud. I was like, ‘Mom I’ve actually been working.’ She’s such an amazing woman and this means so much to her, because she has gone through two civil wars, the first before I was even born, and she was exile within Africa.

What does your normal New Year’s Eve entail?

Of course in my early years it was different. I thought I wanted to be going to a club, but my mom kept me home and we would look at the stars and spend New Year’s Eve together as family. In London, it was quite nice, we would get together with old friends and go to a house party with a really nice traditional meal. Being in Times Square will be totally different. This will be quite special.

This is a massive world stage for you and your organization. How are you preparing?

I have to practice my sound bites. The whole world will be listening to it, so it will be great to get a clear point that we’re helping the 52 million refugees. There are some amazing young people with amazing stories, whether its war or getting resettled, and they really are a huge part of the community. It’s extremely important to try to utilize this evening to get the word out about them! It’s such a great way to ring in the new year.

Do you know what you’re wearing yet?

I have no idea! Literally Christmas just happened, then it’s the New Year’s all of the sudden. It’s just a wonderful way to shed light on important issues. It’s around the world! New York City is very unique in that way, that this one night reaches so many people and I’m excited to be able to talk about the work done around the world done by IRC and the other humanitarian organizations I’m involved in like the UNHCR. It’s all related to things I’ve witnessed first hand coming from South Sudan. They’re filling me in with how the evening is going to go, and there’s going to be a section with calls and of course there’s going to be a party, so I’m like, “Oh! I may to get a bit dressed up actually!” It will be one of the first New Years where I get properly dressed up!