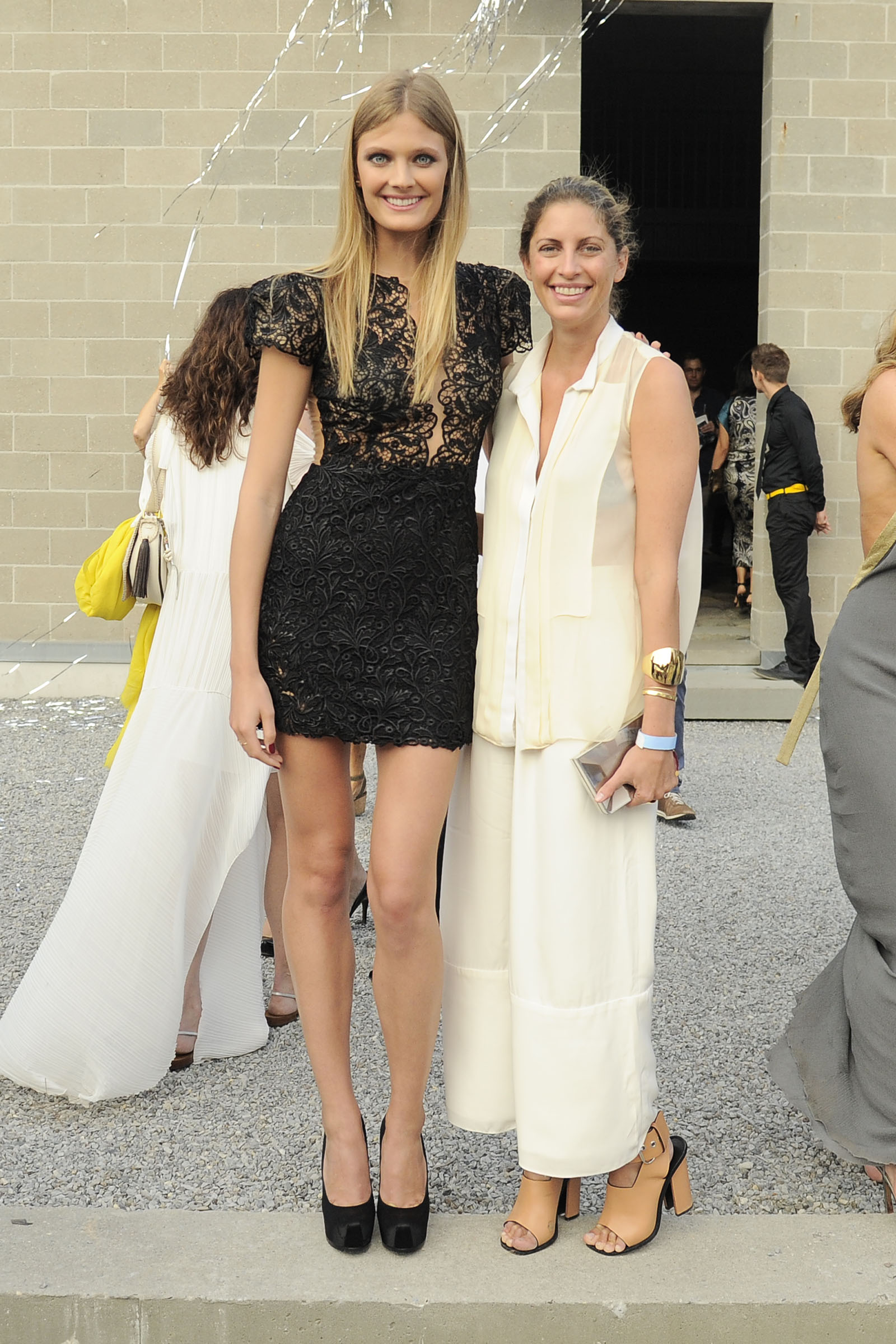 For a weekend packed with benefits, dinners, shopping soirees and more out East, picking an event to dedicate your Saturday night to was hardly a simple decision. However, those familiar with the Watermill Center knew there was only one place to be: Robert Wilson‘s annual event. To fête the 21st year of the artist’s performing arts center, the crème de la crème of the Hamptons donned their best metallics, turbans, and tunics in accordance of the evening’s theme, “One Thousand And One Night: Sleepless Nights of Sheherazade”. “I wanted a modern take on Sheherazade. First I was going to wear something flowy, but I found this vintage piece and I thought the metallic was amazing,” Lisa Perry explained. “I really felt metallic  [was right] for Arabian nights.” Meanwhile, InStyle‘s Ariel Foxman took a more abstract approach to the dress code. “I saw flowers and I pulled them out of my valise. I’m in appropriate guest attire! I knew it would compliment Lisa’s look.” However, Constance Jablonski discovered the not-so-obvious sartorial detail to take into consideration. “I didn’t know what to expect. If I had known, I would have worn flats, because I’ll be on my toes for the next two hours.” Jablonski had to contend with the property’s eight acres worth of a chic obstacle course for the heels-clad, including a room filled with pebbles, and uniformed gentlemen to escort the well-heeled ladies across, plus a the graveled central area, and mysterious wood paths. Mysterious? Indeed. Each turn was lit with a tiki torch, presenting one performance artist after another, including a man covered from head-to-toe in rubber bands, the couple wresting with a plaster-covered mattress, and a nude woman singing from a manhole.

Guests at the arty event included the likes of Kim Cattrall, Philip Glass, Daniel Arsham, Ross Bleckner, Sally Hershberger, Yigal Azrouel, Dan Ragone, Valerie Boster, Kelly Rutherford, Jay McInerney, Vivienne Tam, Nicole Miller, Fern Mallis, and Eric Ripert. Aside from the always-starry attendance record, the night was a financial success as well; over $2.2 million was raised for the Watermill Center. Part of those funds came from the cocktail hour revelers and the late-night diners, but also from the live auction, hosted by Simon de Pury, with a portrait of Lady Gaga as the centerpiece. Once the final work of art was auctioned off, partiers dispersed among the property for the after party, where they finalized their silent bids or caught an impromptu performance from Jim Jarmusch armed with a guitar. As for the after-after party? The goodie bags stocked with Illy coffee and coordinating espresso cups were the perfect accoutrement to keep the night going…and going…and going.
DENA SILVER