Watch Your Back, Patti LuPone! Tavi Gevinson Is Coming To Broadway! 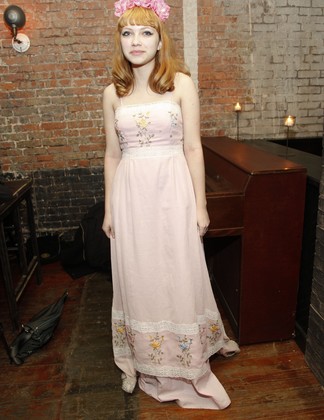 In the “never thought we’d ever be writing this” category, this tops the list…Playbill.com is reporting that Tavi Gevinson is heading to Broadway in a revival of Kenneth Lonergan‘s drama This Is Our Youth. The play co-stars Kieran Culkin and Michael Cera and first opens at Steppenwolf’s Upstairs Theatre in June before starting previews on August 17th at the Cort Theatre before a September 11th opening. Gevinson has been in the news lately for her interview with Miley Cyrus in ELLE’s May issue; last year, she appeared in the movie Enough Said with Julia Louis-Dreyfus and James Gandolfini. Gevinson, still just 17-year-old, will be playing a fashion student in the play. We have this hunch that she’s going to be really good.