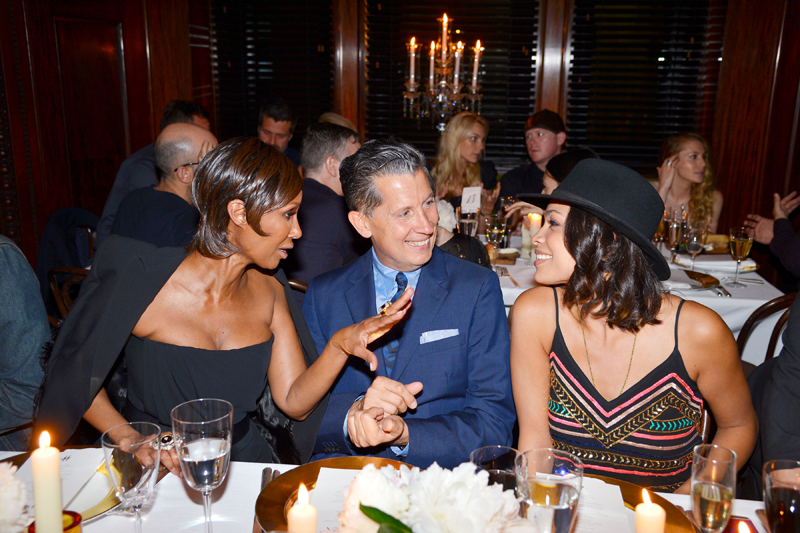 Last night, Stefano Tonchi and Ian Schrager toasted W‘s beloved annual Art Issue as well as the hotly-anticipated opening of the New York EDITION, and the resulting crowd was dizzyingly star-packed, predominantly from the art and fashion orbits.

“We’re celebrating Ian and his return to New York, of course! He invented the idea of a hotel as an entertainment center. He’s brought it to another level this time around. It’s a transformation of an institution in New York, the Clocktower building,” Tonchi told us. A bit about that Art Issue, darlings: “We’re so happy to have Yoko Ono on the cover; it’s perfect timing with her opening at the MoMA. She always wanted to be there! There were a lot of stories we wanted to have in the issue, and we were fighting with time, as always, since we’re working months ahead of time. I don’t think we had the list of people in the Venice Biennale until the day we were going to print! But it was a great, great issue to work on.”

So, why, exactly, did W go for Ono as their Art Issue cover star? “We felt we’re in this time of protest; there are so many civil protests around the world. It’s so interesting that in this time of high technology, everyone is taking hand-written signs and congregating. Yoko and John Lennon were really staging some of the first protests, with the bed-in, which was, in a sense, the first performance piece,” said W‘s arts and culture director, Diane Solway, who penned the cover story on Ono. “We decided to pay homage to Yoko in light of her show at the MoMA, which was realized 44 years after she conceived of it! What was thrilling is that Yoko decided to revisit her masterpiece, Cut Piece, but this time she wanted to change up the roles. Now she’s, in a sense, the aggressor.”

Before a beautifully-plated burrata and tomato app arrived, Lindsey Wixson filled us in on everything she j’adores about W beyond its art coverage. “I love W because they’re always showing the best, most glamorous models in the most beautiful way, and the best actresses in the best light.” The absurdly chic crowd actively table-hopped and schmoozed before entrees by the resto’s Michelin-starred Brit chef, Jason Atherton, hit the tables. On offer? Char-grilled Colorado lamb in North African spices avec yogurt, smoked eggplant, and young onions; king salmon plated on crushed potatoes with mushrooms and bacon-tomato ragout; wild garlic risotto with roast morels and chive cream.

By the time the dessert course of chocolate cremeux, grapefruit, and strawberries and cream had made its way out of the kitchen, lots of dinner guests had left their seats to roam around the EDITION some more, squeezing down the superchic spiral staircase to the lobby, where the party had properly gotten started. Q Tip was on DJ duty, and as the night wore on, the same tables dinner had been served on had morphed into makeshift dance floors. Clearly, expect lots of buzzy, fun-filled nights chez Edition ahead…

The Cannes Film Festival Kicks Off with Sienna, Julianne, and Karlie

Inside the 2019 Fashion Media Awards, Chanel...