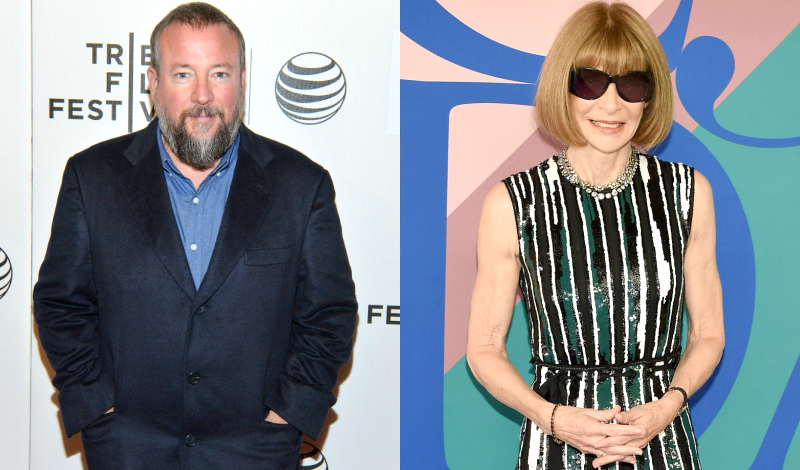 In a case of very strange bedfellows, Vogue and Vice have announced an editorial collaboration, tentatively titled Project Vs, which is set to launch in early 2018. The multi-platform partnership will feature, “a website that exists across both brands’ platforms and will cover figures, movements, and issues making and impact on society today.” Each week will introduce a new theme around which the editorial content will be built, which will be produced by both Vogue and Vice editors. The collaboration will be rolled out over a 100-day period.

“Vogue and Vice may appear to some to see the world through different lenses,” said Anna Wintour, Condé Nast artistic director and editor-in-chief of Vogue in a press statement. “But, in my view, both are fearless and breathtaking, with unquenchable curiosity and vigor. This collaboration will benefit from two talented editorial teams working together to produce relevant and exciting stories about the way we live now.”

While there was no statement from Vice founder and figurehead, Shane Smith, the brand’s chief commercial and creative officer of Vice, Tom Punch, offered, “What started as a slow dance collaboration has quickly become a high-speed collision between Vice and Vogue, juxtaposing the many social, political and cultural tensions of our times to create a capsule commentary on the world we live in. We’re very excited to see where Project Vs will take us all.”

Vice, which began as a free counter-culture magazine founded by a trio of skateboarding enthusiasts (Shane Smith, Suroosh Alvi, Gavin McInnes) in Montreal in 1994, has quickly grown into a media powerhouse operating in over 30 countries with programming distributed to viewers across digital, linear, mobile, film, and socials. Its content has predominately skewed mostly male since its inception (although recent years have seen more groundbreaking female-centric programs like Gloria Steinem‘s Women), so its partnership with the 125-year-old women’s fashion magazine catering mostly to the world’s one percenters, should make for an interesting blend of content and perspectives as the two brands attempt to expand their following.

The partnership will be unveiled at the Omnicon Media Group Final Front today.