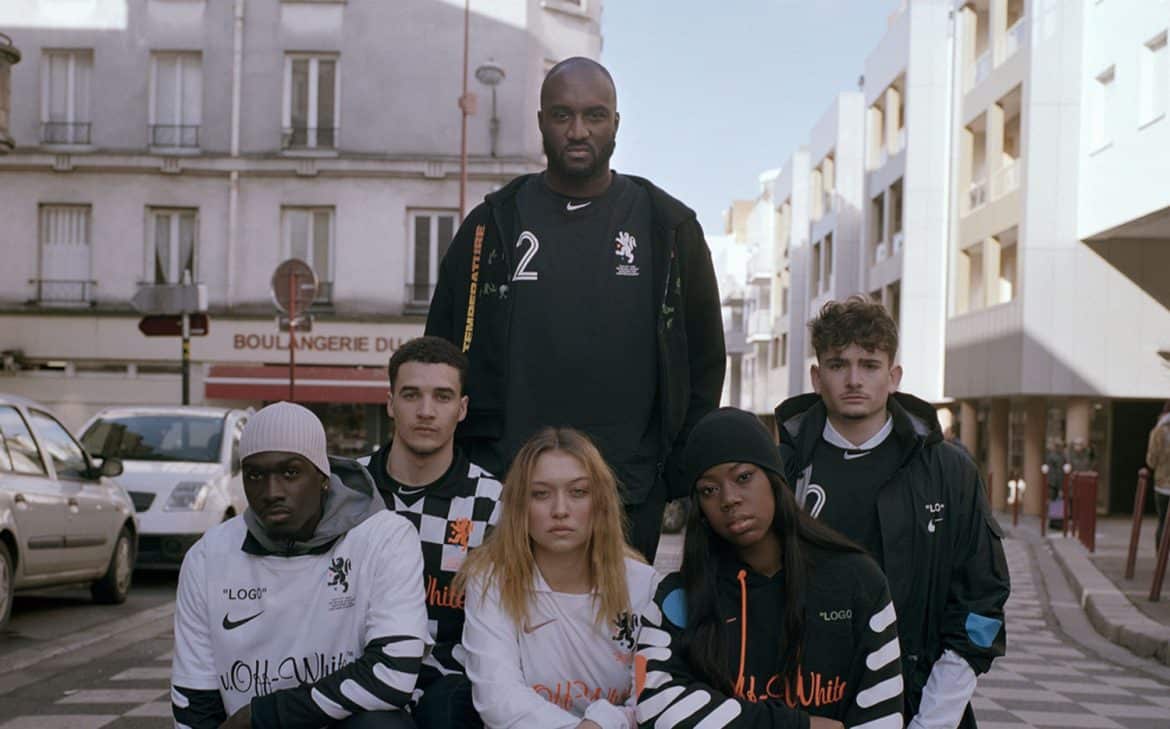 Ahead of the World Cup kicking off (get it?) on June 14 in Russia, Nike enlisted both Abloh and Jones to create their own soccer-inspired capsules. For his mashup, titled “Football Reimagined,” Jones looked to the heyday of London’s Kings Road, clashing avant garde tailoring with sports tech for an subverted take at the field uniform.

“That whole punk era was all about proportions that gave power to the wearer. I was inspired by the idea of DIY of the time — cutting up and putting things back together — to create something new,” Jones said in the release. As for kicks, Jones was admittedly derivative, creating a hybrid version of all his favorite Nike (of course) sneakers from over the years. “I was looking at the silhouette of the Mercurial along with my three favorite Nike shoes: The Footscape, the Vandal and the Air Max 97. Combining these into one shoe is an homage to punk, but with a super-slick end product,” he said. 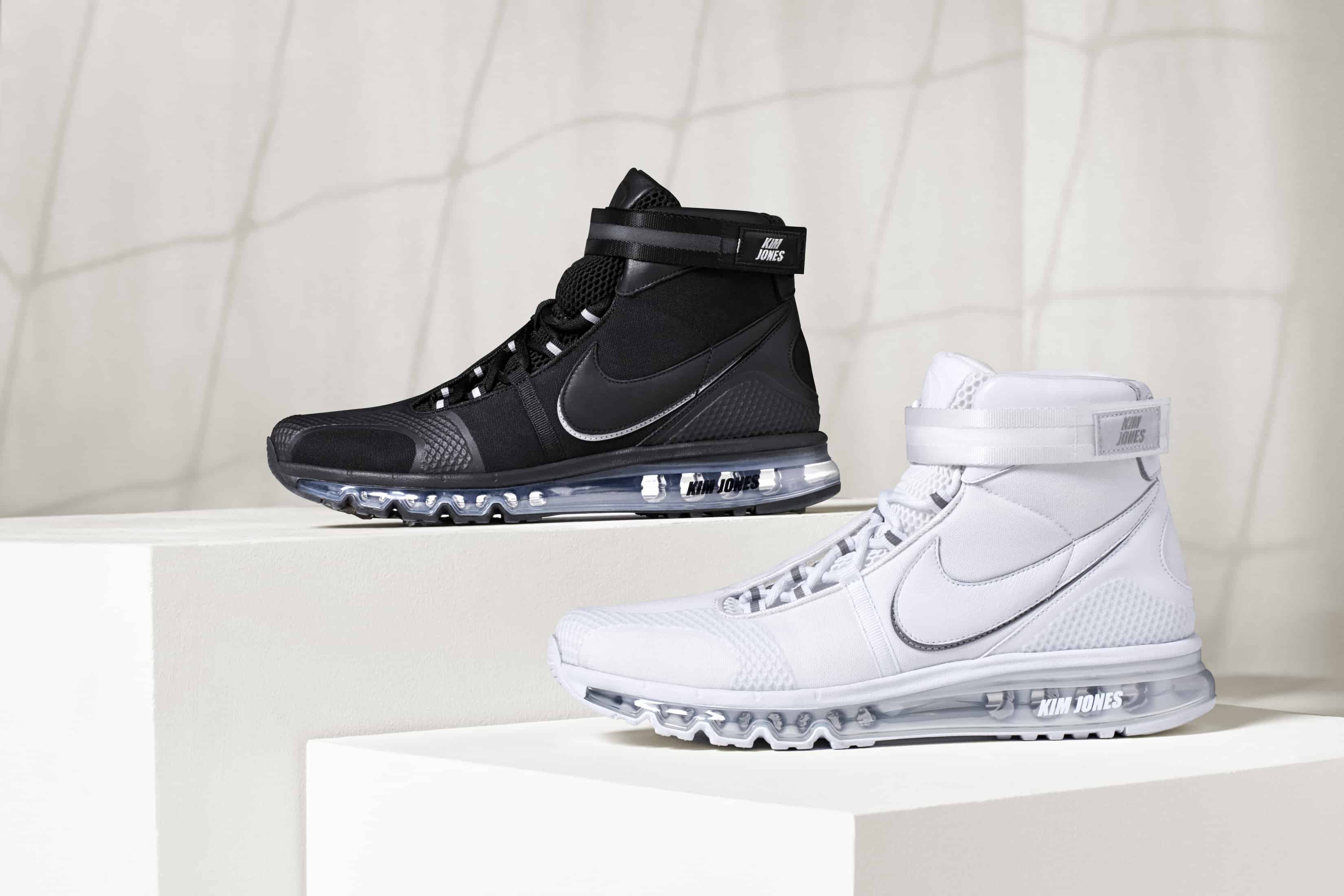 Abloh looked to lettering for the genesis of his “Football, Mon Amour” capsule, getting inspired by the sponsorship signage often emblemed on soccer players jerseys. “The great thing about the vocabulary and history of football is that aesthetically it has its own look. I was always inspired by the way European teams have a sponsor printed over the chest. When I was working on this collection, I wanted to celebrate the different variants of typography,” Abloh said. 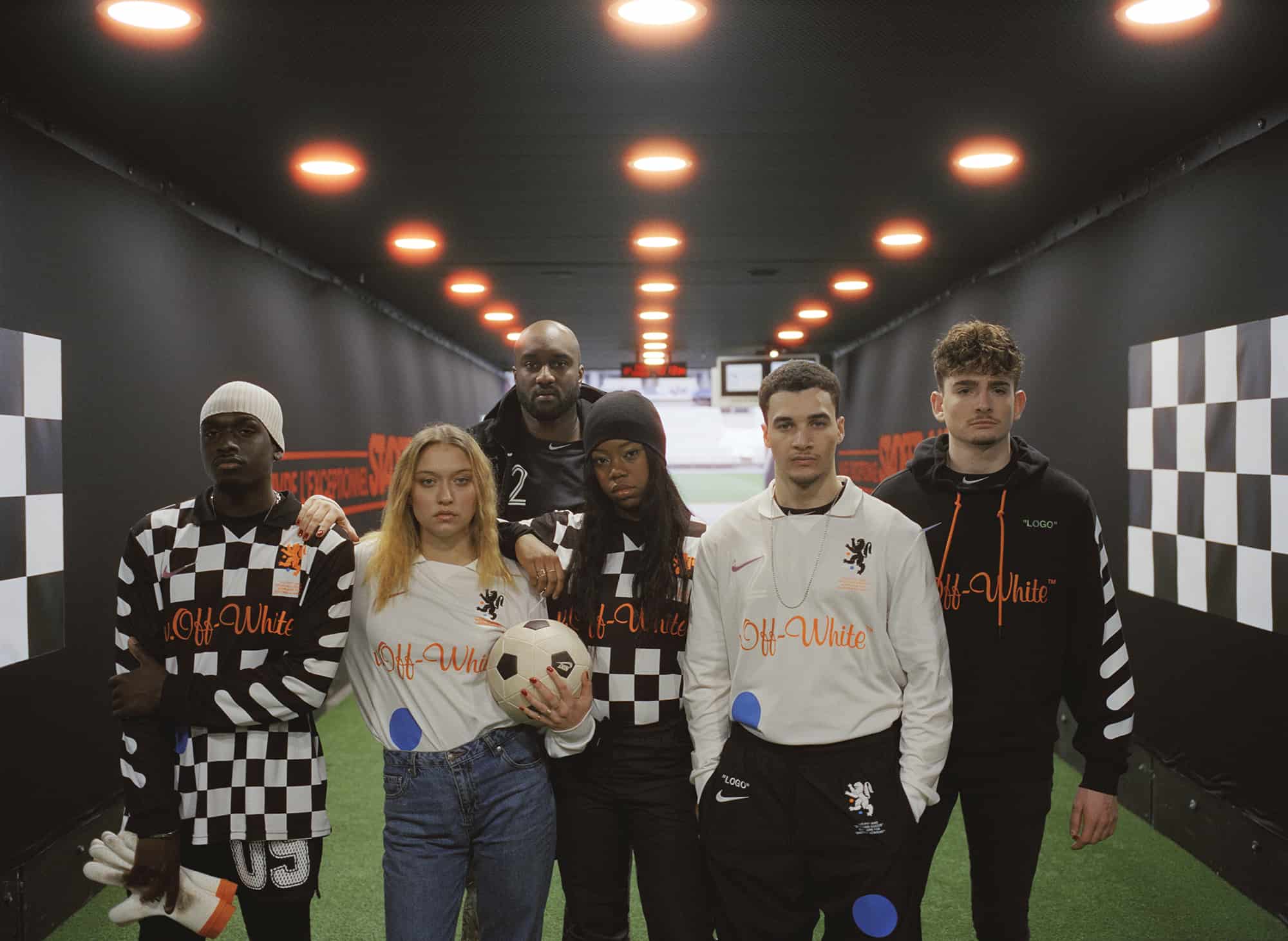 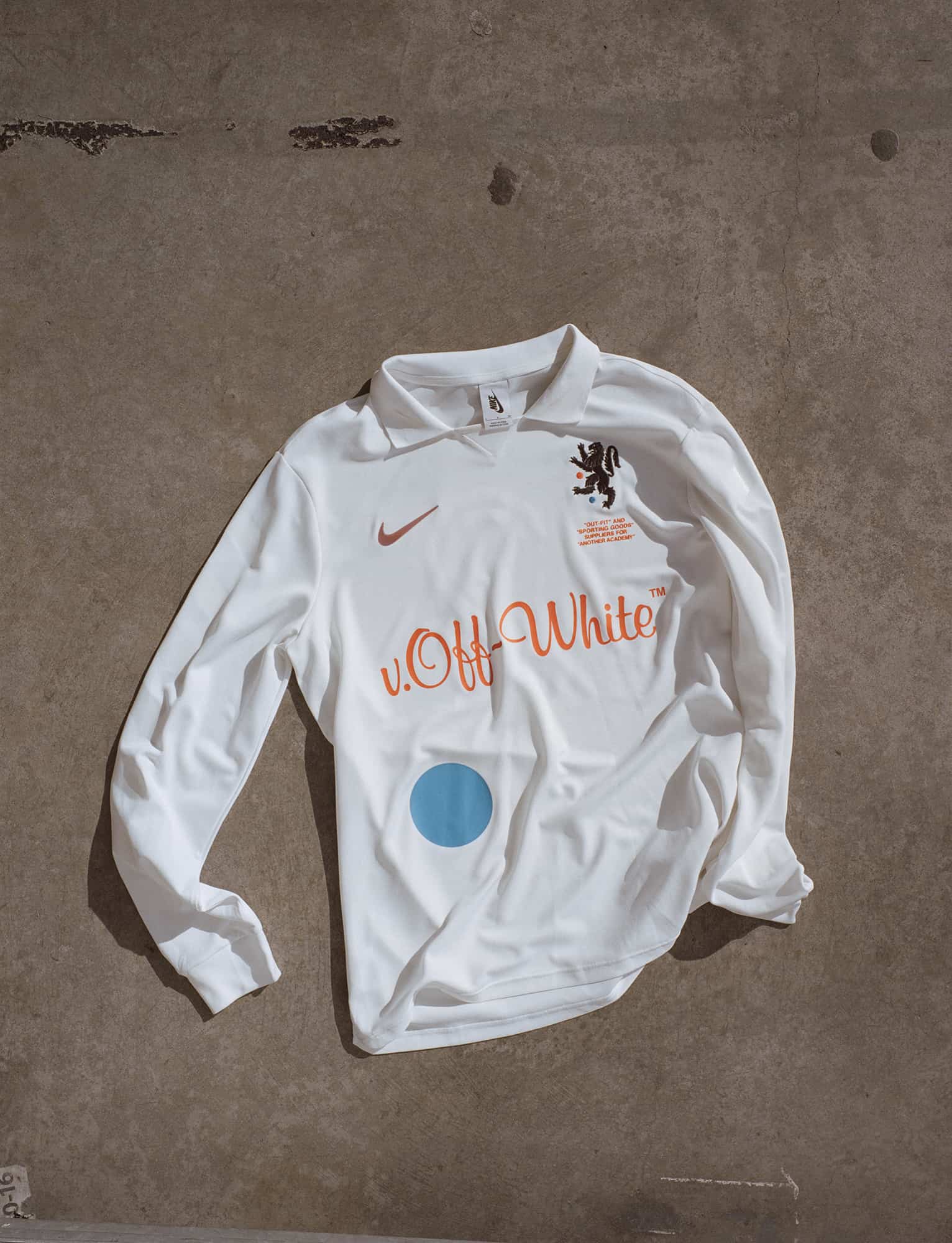 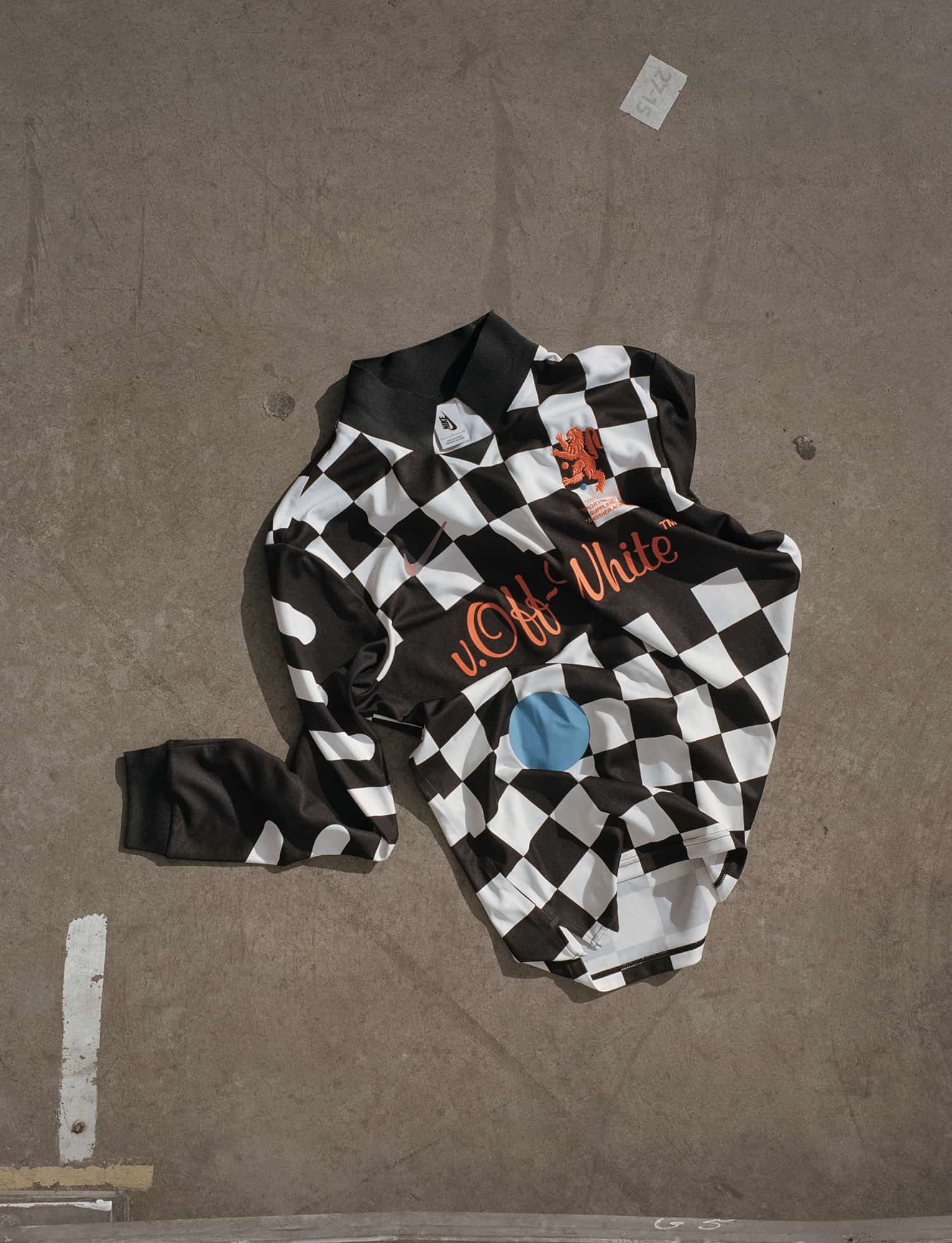 The steetwear wunderkind also nodded to other iconic soccer references like black-and-white Czech striping an lion logo iconography, drawn from various European crests. Abloh also added optical assistance for players on his sneakers, adding dots as to wear their foot should strike the soccer ball. “I wanted to communicate where a player strikes the ball. So, I put dots on the boot; if you’re going to strike the ball, your foot-eye coordination is basically the only variance of chance. That’s what the collection started with, these running shoes that mimic the same as your actual boot on the pitch so that you started subconsciously training all the time. Then I just applied that aesthetic from the bottom up,” he explains.

Here’s The $1,300 Balenciaga Shirt That Has The Internet Gagging