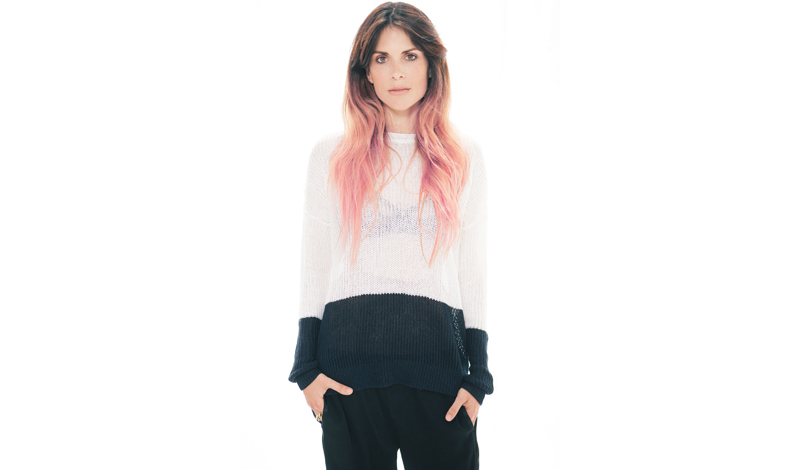 Just three days after news hit of Natalie Ratabesi leaving her post as creative director of Philosophy, the spinoff brand of Alberta Ferretti, Ratabesi has been appointed creative director of Vince. Her departure from Aeffe-owned Philosophy  was said to be a “mutual agreement between the designer and the heads of Aeffe”, so perhaps Ratabesi already had her next move in mind, despite reports that Philosophy had a lackluster previous quarter. Ratabesi will now be heading up a public brand (NYSE:VNCE), which is boasting double digit growth across all distribution channels with sales up over 32 percent, at $53.4 million.

Ratabesi will be heading up the label’s womenswear and will report directly  to Vince president and chief creative officer, Karin Gregersen.“Natalie’s design sensibility is effortless and she creates silhouettes with impactful and modern simplicity,” said Gregersen in a press statement. “She is the ideal candidate for this role as we believe she is able to bring a fresh, fashion perspective to the everyday iconic luxury essentials that Vince is known for.” Prior to her previous role at Philosophy, which she began in October 2012, Ratabesi has held design roles at prestigious fashion houses like Ralph Lauren, Oscar de la Renta, Gucci, and Valentino. At the beginning of her career as a student at Central Saint Martins College of Art and Design in London, Ratabesi was hired two months shy of finishing school in 2000 to work for John Galliano. She subsequently worked with him during his time at Dior as well. “Natalie has held a number of impressive  roles across the global designer and advanced contemporary landscape, receiving critical acclaim,” said Vince chairman and CEO, Jill Granoff. “In seeking a creative director, we knew we needed someone who possessed the ability to develop all of our womenswear lines under a unified, fashion-forward vision while maintaining our brand identity.”

Ratabesi will be based in Los Angeles for her role, overseeing womenswear and accessories. Vince menswear will continue to be designed by Nicole Wiesmann. Ratabesi’s first collection will be for pre-Fall 2015; she begins her role effective June 16th.