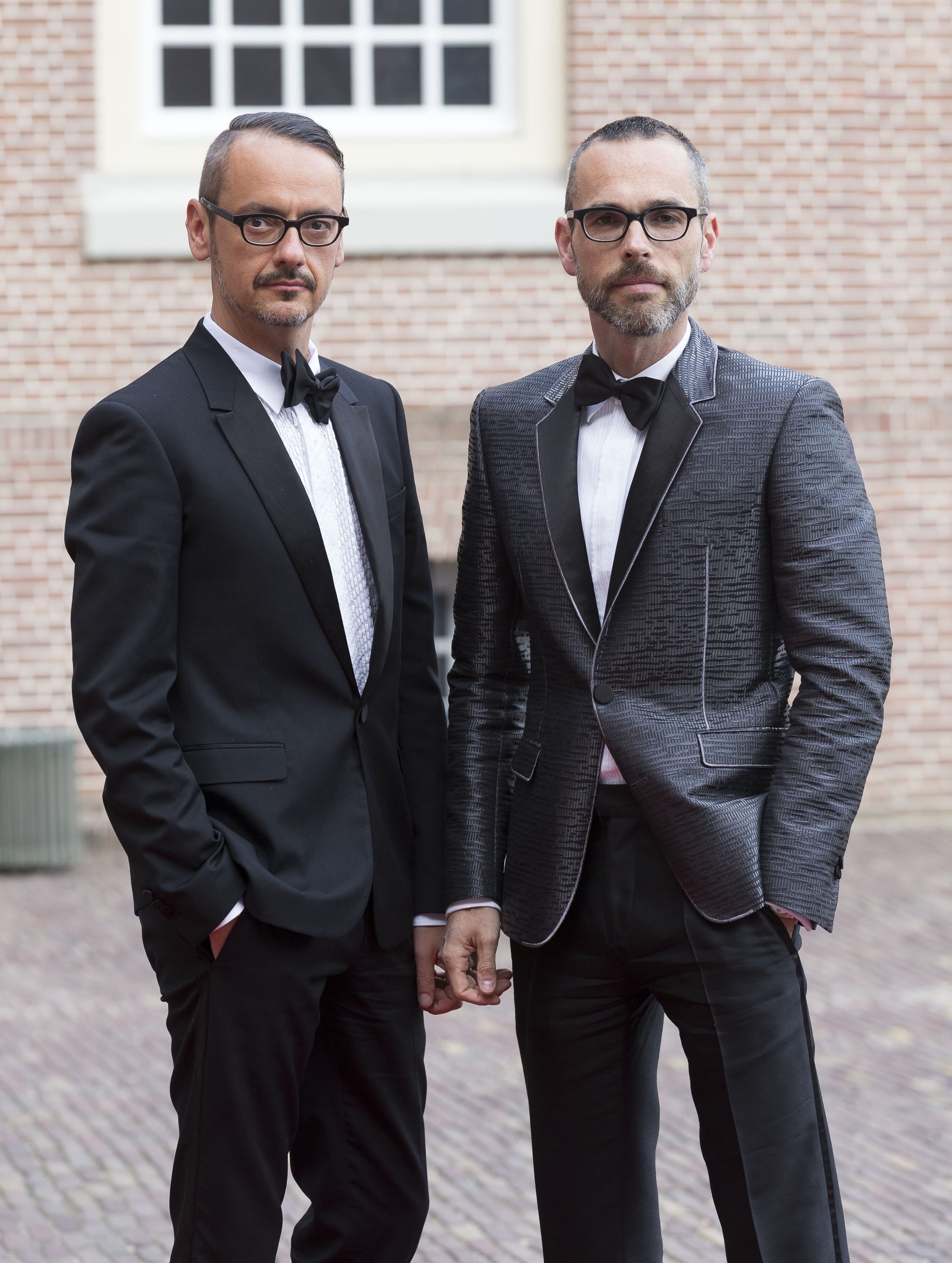 Less than a week after presenting their latest couture collection, Dutch designers Viktor Horsting and Rolf Snoeren have announced plans to cease their current ready-t0-wear business, following the Fall 2015 season. The duo will present and produce one last womenswear collection, but are opting out of the Paris Fashion Week Calendar this season. This will also be their final ready-to-wear range sold in over 100 stores, including their namesake store on Rue Saint Honoré in Paris, which is expected to shutter in 2016.

Instead, Viktor & Rolf will focus on their couture business, as well as their fragrance and licensing deals. Sound familiar? Just last season when Jean Paul Gaultier shuttered his RTW business to hone in on his couture creations. Viktor & Rolf got their start in 1993, as a label deeply rooted in performance art. Five years later, they made their couture debut, with collections that included themes such as Russian Doll and Atomic Bomb. However, they took a sabbatical from the couture calendar in 2000, reinstating the label again for the Fall 2013 season, in conjunction with their 20th anniversary. That collection was cleverly zen-themed, and even included five full minutes of meditation. “We’ve been running around for so long, we thought, let’s enjoy where we are. Our current state of mind is mindfulness,” the designers told Style.com, two years ago.

Sounds like the breakneck pace of ready-to-wear was depleting the duo of creativity. Horsting explained: “We feel a strong need to refocus on our artistic roots. We have always used fashion to communicate, it is our primary means of artistic expression,” Horsting told WWD of the latest news. Who might opt out of RTW next?