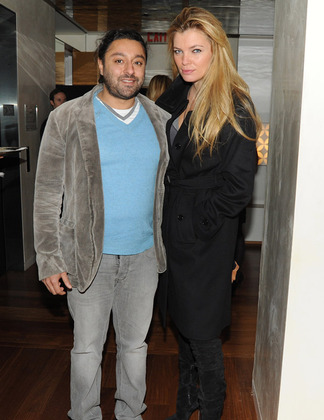 Things are getting ugly between former lovers Vikram Chatwal and Esther Cañadas, who wants the $300,000 engagement ring he gave her back since they’ve called off the wedding. The millionaire hotelier has filed a lawsuit, stating: “The plaintiff, Vikram Chatwal, believed his dream had come true when defendant, Esther Cañadas, accepted his marriage proposal, but his dream morphed into a nightmare when upon the termination of the engagement, the defendant left the United States with the engagement ring as the spoils of the romance.” The couple became engaged in September 2013 and she’s reportedly living in Puerto Vallarta, Mexico. Papers from Manhattan Supreme Court also reveal: “The relief sought is the return of the engagement ring from the Defendant or a money judgment of $313,560, plus interest, costs, disbursements and reasonable legal fees, along with such other and further relief as this court may deem just and proper.” Should she give it back or be able to keep it since it was a gift? Leave your opinion in the comments.

Shopping With The Stars