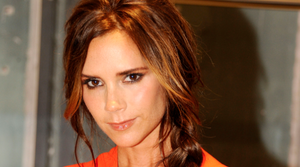 Victoria Beckham announced today on her Twitter account that she’s be setting up some posh new digs for the U.S. wholesale team in Chelsea. The designer is opening a 4,500-square-foot New York office space in January of next year to house the wholesale team and to serve as a seasonal showroom. This is the brand’s first office outside of the U.K. It will be located at 511 West 25th Street. And according to Vogue U.K., there’s been speculation that a London storefront is in this booming biz’s future. Can New York get one of those too, s’il vous plaît?