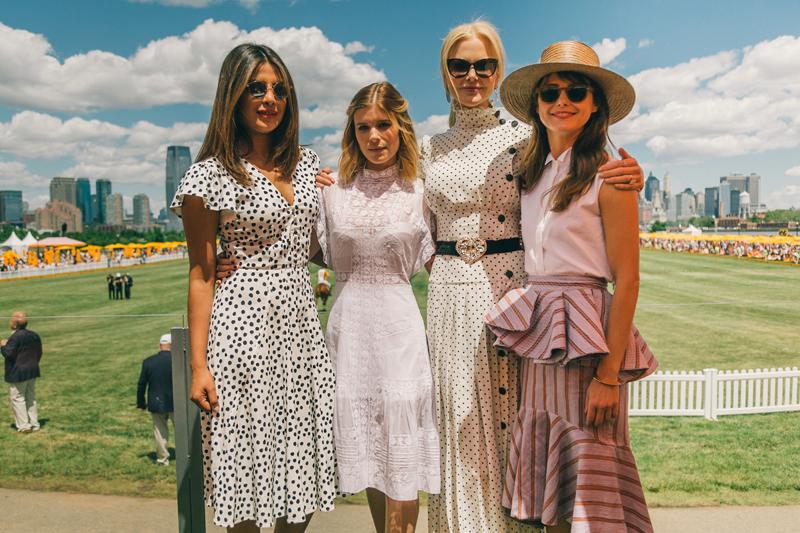 Fashion’s finest debuted their summer best at the 10th annual Veuve Clicquot Polo Classic this past weekend. A parade of summer whites and florals took the ferry to Liberty State Park for a day of sporting and sipping. Neil Patrick Harris was on hosting duty, and recording artist and Broadway sensation Jordan Fisher commenced the day with a rendition of “The Star Spangled Banner.”

The game began with the ceremonial ball toss thrown in by Priyanka Chopra, who opted for a Pretty Woman-inspired polka dot dress. Polo power couple Nacho Figueras and Delfina Blaquier brought Team Veuve Clicquot a total of six points, ultimately leading them to victory against Team Liberty Comet. “We love New York in general, we’ve been coming here for a long time,” Figueras told us. “I love this park, this view, and the energy of this place is incredible.” Between halves, guests stomped divots and captured the oh-so-Instagrammable Veuve decor, complete with oversized champagne bottles and orange florals.

Alicia Keys serenaded a champagne-happy crowd post-match, singing “Empire State of Mind,” “Girl on Fire,” and “No One,” perfectly capping off New York’s most anticipated and stylish summer kick-off event.