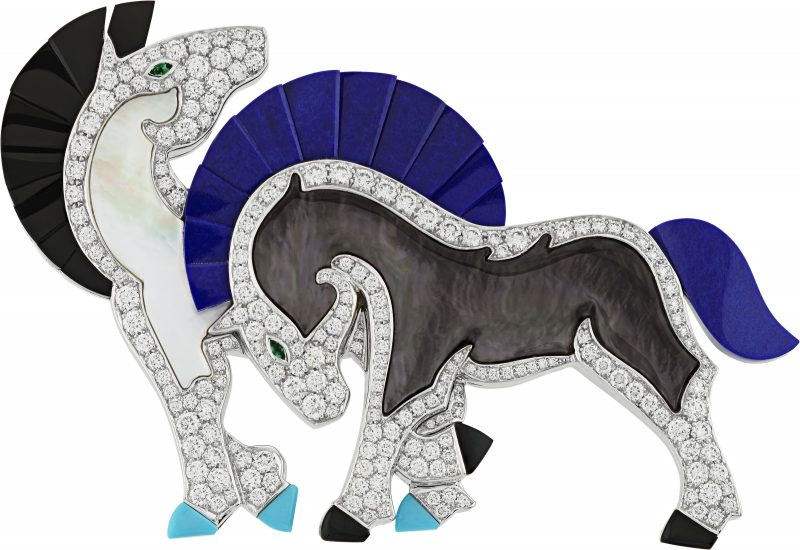 Van Cleef & Arpels has introduced a stunning new exhibition at Cedar Lake in New York City’s Chelsea neighborhood to introduce their new collection of brooches entitled Noah’s Ark. The collection, which was three years in the making, includes over sixty pairs of animals from monkeys, swans, horses, and zebras to bears, kangaroos, rams, foxes, owls, and more.

“We like to find opportunities to make high-jewelry visible to broader audiences,” said Van Cleef & Arpels CEO Nicolas Bos at a press preview of the new exhibition. “We like when we can create an environment that will reach more people.”

In order to present the exquisite new collection, Van Cleef & Arpels tapped famed experimental stage director, Robert Wilson to build out the set in which the jewels are currently being housed. Rather than create a giant ark, Wilson went for a much more thoughtful approach that was both amazing in its simplicity and enormous in its ability to inspire.

“I first started to build a space or a room that was like a large scale ark or boat where you would walk in and see these jeweled animals, but I had a feeling from the beginning that that was really not the right way to go about it but it took me some time to get that out of my head,” Wilson told the press. “I started to think about what the light should be like in the space. Light is what really creates the space. Then I thought about what the room should sound like. I had recently work with Arvo Pärt and I thought to use his music. I wanted to use music that was very calm and meditative. The music could be used as atmosphere in this greyish room. And then I started thinking, ‘What is this ark? This little boat in this vast body of water.’ I knew then that this big boat was all wrong. So I began to think about the boat being something very small that’s surrounded by a vast space. Then I decided to use video screens that wrap the room so you could see these vast bodies of water and in the center would be this [little] boat. Then I thought about these jeweled animals that kind of reminded me, in a poetic way, of stars in the sky. So I decided to put these small jeweled animals around the room above this vast body of water. And then I was thinking about the number two. Everything was in pairs—but the idea of two is actually one. You have a left hand and a right hand, but it’s one body. You have the left side of the brain and the right side, but it’s one mind. We have this room that is very calm and tranquil, so I wanted to interrupt it with something opposite, something that would be aggressive to the eye and to the ear. I thought of a bolt of thunder and how it would attack the room. You would have this romantic lighting, but then suddenly it would be dark and you would have these little jewels that would become more important in that moment because the space is dark—like stars in the night sky. They’re a little bit like a navigation chart, the way they are placed around the room. So there is a counter part to the light and the sound of the space at various intervals.” 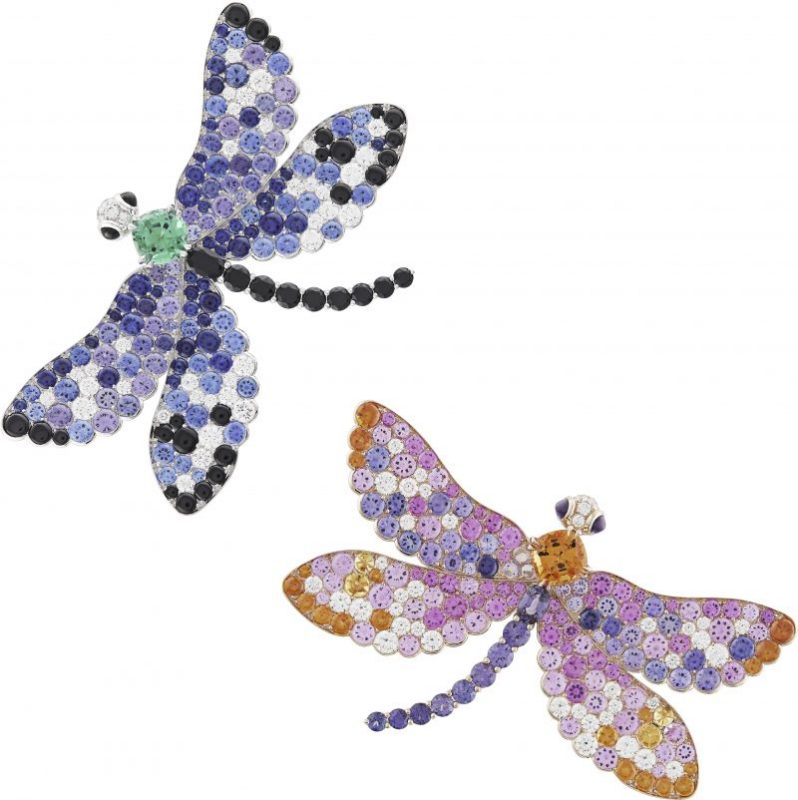 Buy Toni Garrn’s Clothes at Vestiaire Collective for a Good Cause!

The Watermill Center Rings in 21 Years...

A Night Fit For A Princess

Look Of The Daily: Camilla Belle In...