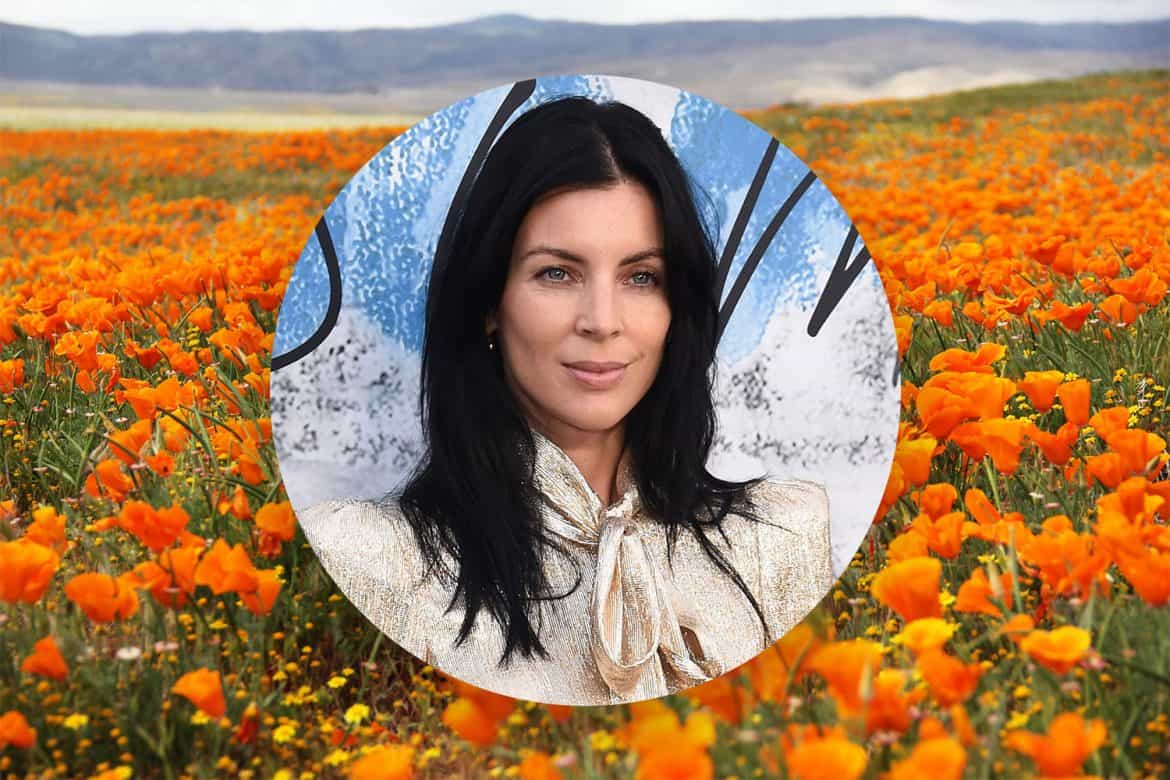 Over the weekend, The Vampire’s Wife — the UK-based, Victorian-inflected fashion brand by Susie Cave, wife of musician Nick Cave — posted a series of photos on their Instagram account showing model Liberty Ross in one of their dresses, lounging with her daughter in the poppy fields in California’s Antelope Valley Poppy Reserve. Located just over an hour North of Los Angeles, the reserve is home to the largest consistent bloom of the state flower, the California Poppy, and is extremely popular with tourists who flock to the area every spring to see the stunning orange flowers in person.

The flowers and their ecosystem are extremely fragile and it is illegal to leave the park’s trails and trample or pick the delicate blooms. Just last year, a number of influencers came under fire for doing just this in their vain and ignorant attempts to take pretty Instagram pics at the expense of the local environment. As more and more people began flocking to the area to mimic their favorite influencers, tremendous damage was done and numerous articles appeared condemning the actions of people more interested in selfies than in following the rules or preserving natural beauty.

When The Vampire’s Wife posted the photos of Ross lounging in the poppies over the weekend, they were careful not to include a geo tag or mention the Antelope Valley Poppy Reserve in any of their captions, although the location is easily recognizable to anyone familiar with the area, even if they’ve never actually been there themselves. “California Poppy time!!” wrote the usually extremely woke Karla Welch under one of the photos.

Last night, a series of comments appeared on the posts calling them out as irresponsible and asking that they be taken down lest they encourage others to take similar illegal actions at the expense of the environment. The Vampire’s Wife deleted those comments and left the photos.

“I was surprised when I saw the photos taken in the fields, because this issue got so much attention last year,” said Jennifer Dawson, the California resident who’s comments were deleted by The Vampire’s Wife. “I left a few comments stating that it was bad for the poppies and advising them that it was illegal to do this on public lands in the United States. I asked them to delete the campaign in order to protect the ecosystem for future generations to enjoy and to prevent copycats from wreaking further havoc. Instead, the next time I checked their account, I had been blocked.”

The Daily reached out to The Vampire’s Wife this morning, but they did not immediately return our request for comment.

UPDATE: A representative from The Vampire’s Wife issued the following statement via email:

The Vampires Wife would like to confirm that these images and dress were in fact from over two years ago, this is not a new style of dress or image – but one that we sought to bring joy to those who saw it. We apologise for any offence caused and would like to highlight that these images were taken prior to the ban of visiting these poppy fields [sic]

Unfortunately, their statement sort of misses the point. This isn’t about personal offense. It’s about proper respect and care for a delicate ecosystem. By posting these photos, The Vampire’s Wife is making an implicit endorsement of the activities displayed therein and runs the very real risk of encouraging others to go take their own damaging off-trail photos. What’s more, the rule explicitly prohibiting going off-trail in California preserves and reserves actually went into effect on January 1, 2018, which, according to The Vampire’s Wife’s own statement, was before these photos were taken. The Vampire’s Wife and Liberty Ross might not have been aware of these rules two years ago, but they certainly are now (at least, The Vampire’s Wife is) and even so, ignorance of the law does not exempt one from having to following it (that’s a law, too).

It is also worth noting that commercial photography in reserves and preserves is strictly prohibited. That’s one of the reasons so many influencers got in trouble this time last year, because they were using the poppy fields as backdrops for their sponsored content. While these particular photos were not taken expressly for the purpose of promoting The Vampire’s Wife’s clothing, they are now being used for marketing purposes by the brand, which would seem to put them in something of a grey area usage-wise, even if the photo shoot itself was otherwise above board, which it was not.

The Vampire’s Wife’s statement also neglects to address the fact that they not only deleted the comments alerting them to the environmental issues surrounding these photos, but blocked the person making them. This is certainly within their rights to do, but it makes their statement about not wishing to cause offense ring a little false.

And in case you think this is all just a bunch of fuss about nothing, take a look at this video and all the other natural wonders destroyed by tourists just out for a good photo.

At the end of the day, we are custodians of this planet and we could all stand to do better by it, if not for ourselves than for the earth and all the generations yet to come. To paraphrase American writer, poet, and cultural critic, Wendell Berry, the world is not given to us by our fathers, but borrowed from our children. Let’s make sure we give it back to them in the best condition possible and remember that 20 years from now, a gorgeous, healthy meadow full of poppies will be of much greater value to them than a few pretty Instagram posts of a now barren field.

10 Chic Tie-Dye Pieces to Wear at Home and Beyond

Making The Cut’s Jonny Cota on Megan’s Dis: “I Was Pissed”

The Daily Roundup: Where Is Tom Ford?,...

Liberty Ross Tries Her Hand At The...