Valentino's New Shanghai Location Comes With Its Very Own Collection 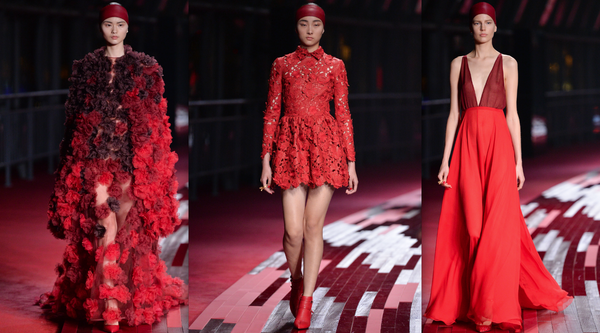 (NEW YORK) Yesterday, Valentino opened a sprawling 7,535-square-foot space in Shanghai at the recently opened luxury mall IAPM. The brand opened its first retail venture in China in 2007, and has since opened 18 stores throughout the country. But yesterday’s store opening came complete with an entirely new collection from designers Maria Grazia Chiuri and Pierpaolo Piccioli entitled Collection Shanghai 2013.

The pieces are rife with flowers, lace, studs, and camouflage, all done in one single hue: Valentino red, of course. The collection, said to be season-less, encompasses prêt-à-porter, haute couture, and accessories, and is being touted by the brand as a “manifesto”. While it debuted in the Chinese market and is already available for sale at the new Shanghai store, the collection, which retails from $980 to $41,000, will be available worldwide for purchase in flagship stores by April. Take a look at the livestream from the runway show on Valentino.com.