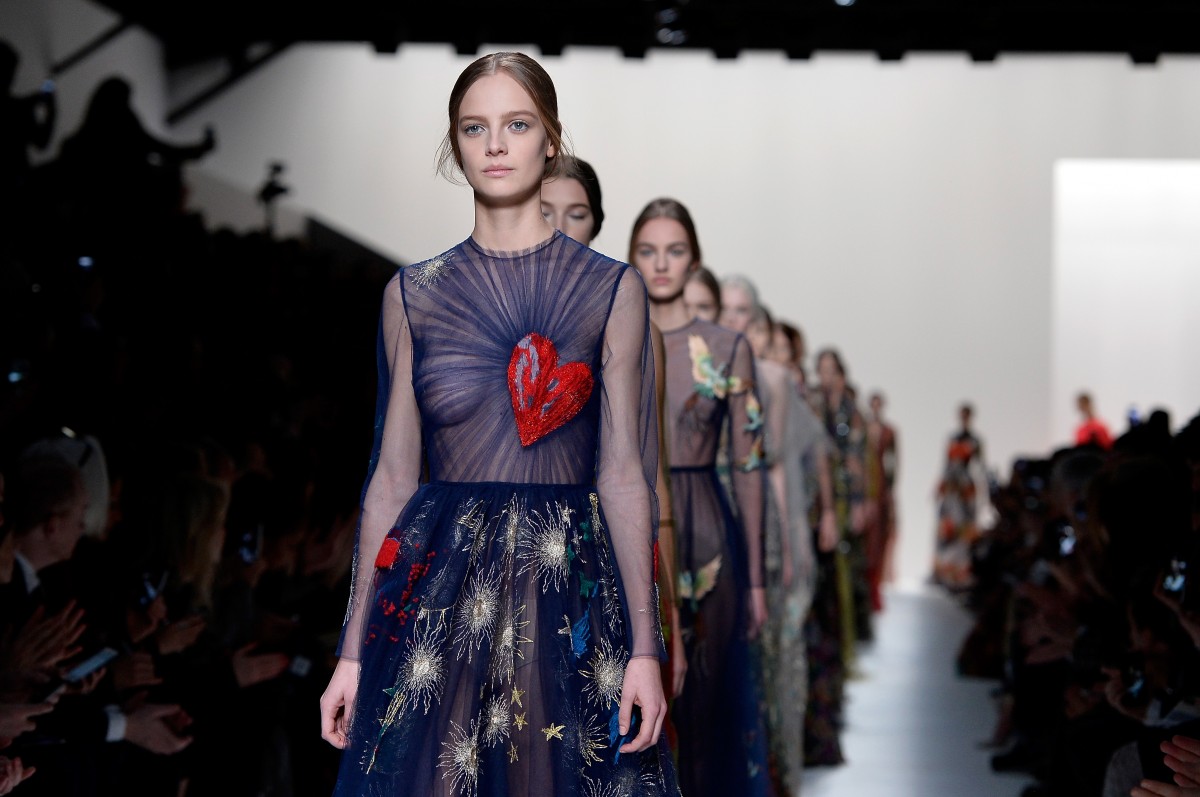 Valentino has added a brand new retail gem to their empire: a 20,000-square-foot flagship store on Fifth Avenue, which is slated to open this Friday. While the store seemed to still be under construction today, two handsomely suited guards in crisp black suits certainly signified that something big is coming. (Or, perhaps their presence meant that the label’s CEO Stefano Sassi was in the building, checking on the space before the big opening…) While the grand unveiling of the space is scheduled for this week, a formal celebration of the new shop has been planned for December, when the label’s creative directors, Maria Grazia Chiuri and Pierpaolo Piccioli will be on hand. 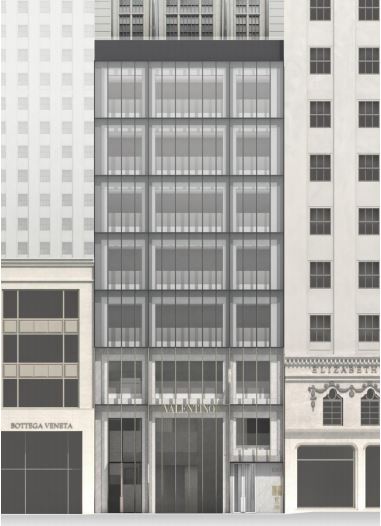 Located in the former Takashimaya space, the gold-trimmed building takes up eight stories, three of which are dedicated to retail, in a looming space designed by David Chipperfield Architects. So what lies behind the shiny new façade? The first level is dedicated primarily to accessories, including handbags, shoes, and jewelry. And you can be assured that the space, which is the world’s largest display of Valentino accessories, will be stocked with plenty of Rockstud pieces, alongside Camubutterfly and zodiac finger clutch designs that were made exclusively for the Fifth Avenue shop. Shoppers will find the second floor of the boutique dedicated to women’s ready-to-wear, while the third floor is all about the hommes, including clothing, accessories, and shoes. Just one of 116 Valentino boutiques stateside, this will be only the second Valentino boutique in the U.S. where the men’s collection is carried, following the brand’s San Francisco location. But don’t think Valentino is done with their expansion plans just yet; by next year, the label plans to introduce boutiques in Aspen and Miami’s Design District.