The Unofficial Met Ball Pre-Party: The Opening Of The Anna Wintour Costume Center 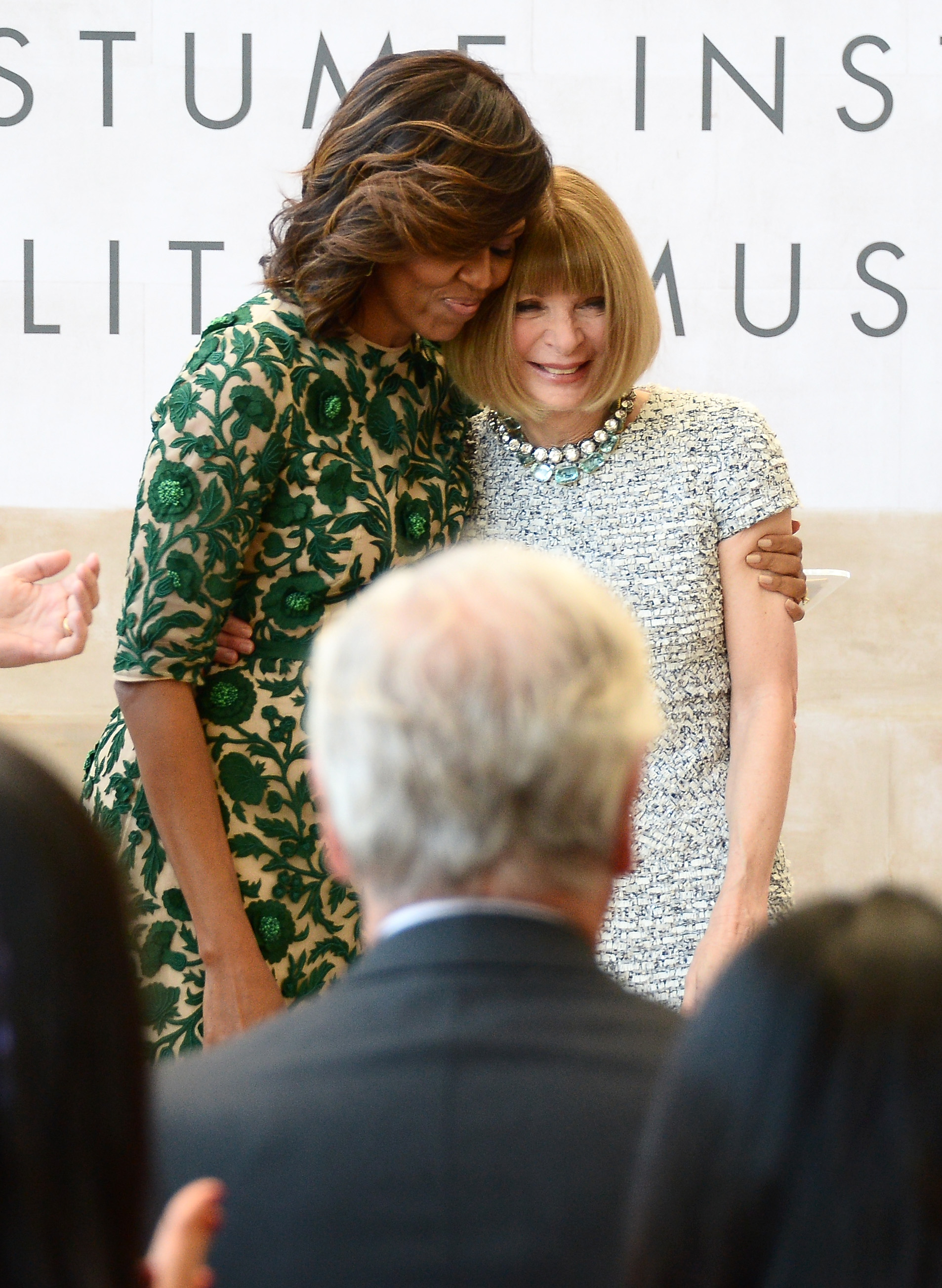 (NEW YORK) With less than 12 hours to go before scores of designers, models, and tastemakers hit the red carpet for this year’s Met Gala, the museum was already packed with a who’s who of industry greats.Pourquoi? A cohort of iconic designers and many Condé Nast editrices gathered in wait for the dedication of the Anna Wintour Costume Center, surrounded by ancient Egyptian artifacts in The Temple of Dendur. Jenna Lyons towering over Mary-Kate and Ashley Olsen, the trio deep in conversation, while Donatella Versace and Donna Karan caught up just a few feet away. Sarah Jessica Parker was engrossed in a captivating-looking chat with Jack McCollough and Lazaro Hernandez of Proenza Schouler. Calvin Klein and Ralph Lauren both looking dapper in suits. Meanwhile, Marc Jacobs admitted to Tonne Goodman: “I’m not wearing tails tonight, and I’m really regretting it. I chose my outfit very last minute.” In addition, Alber Elbaz, Stella McCartney, Michael Kors, Oscar de la Renta, Zac Posen, Carolina Herrera, Grace Coddington, Hamish Bowles, Jason Wu, and Tory Burch were on hand for the preview. Mind you, nearly all who were in attendance early this morning will be back in the Egyptian wing for tonight’s gala, which is honoring Charles James, although the attire will be much more decadent and the guest list even more awe-inspiring. Met BallMoments before Wintour herself appeared, André Leon Talley arrived, in his requisite full cape, topped with a Pharrell-inspired chapeau. Finally, the ladies of the morning made their appearances, including Lizzie Tischand Iris Apfel, both of whom have wings in the institute named after them, and first lady Michelle Obama, who was trusted with cutting the ribbon to officially open the Costume Center. Her remarks resounded with the crowd, especially her opening line: “I know that Anna hates being the center of attention, so this is all probably killing her, but we love it.” She went on to praise Wintour: “she’s one of the most powerful leaders in any industry.” Then, the First Lady mentioned that she and Wintour have a little side project of their own in the works: bringing students to the White House for a fashion workshop, “to show young people what it takes to succeed [in fashion] and how important it is for them to commit to their education.” Met BallAfter the ceremonial snip, attendees flooded out of the room to either get a first look at the exhibit, or rush on out to begin their day. Those opting for the former encountered a dress sculpture crafted out of thousands of roses. “Oh my!” Diane von Furstenberg exclaimed. “Let’s play a game, and guess how many there are.” We guessed close to 10,000 fragrant petals. Finally, we made our way to the exhibit, where pedestals held many jewel-tone couture gowns by Charles James, each one with a brief description of the detail that placed the dresses into the couture category. Joseph Altuzarra’s respect for James is clear: “I remember learning about him at the beginning of my career. Even if you didn’t necessarily know about him, his dresses and his imagery were so iconic.” And we’re sure many others have looked towards the iconic designer for inspiration in their modern-day collection. But as for now, all there’s left to do is enjoy the party, like Alexander Wang, whose favorite part of the Met Gala is “hanging out in the bathroom.” A good gossip spot, non? For complete coverage of who wore what and what went down at Anna’s new Costume Center, be sure to check back tomorrow. But for now, take a peek at our predictions and confirmations, part one and part two, to get your full fill of all things Met Ball-related.DENA SILVER