True Life: The Story Of A Door Girl 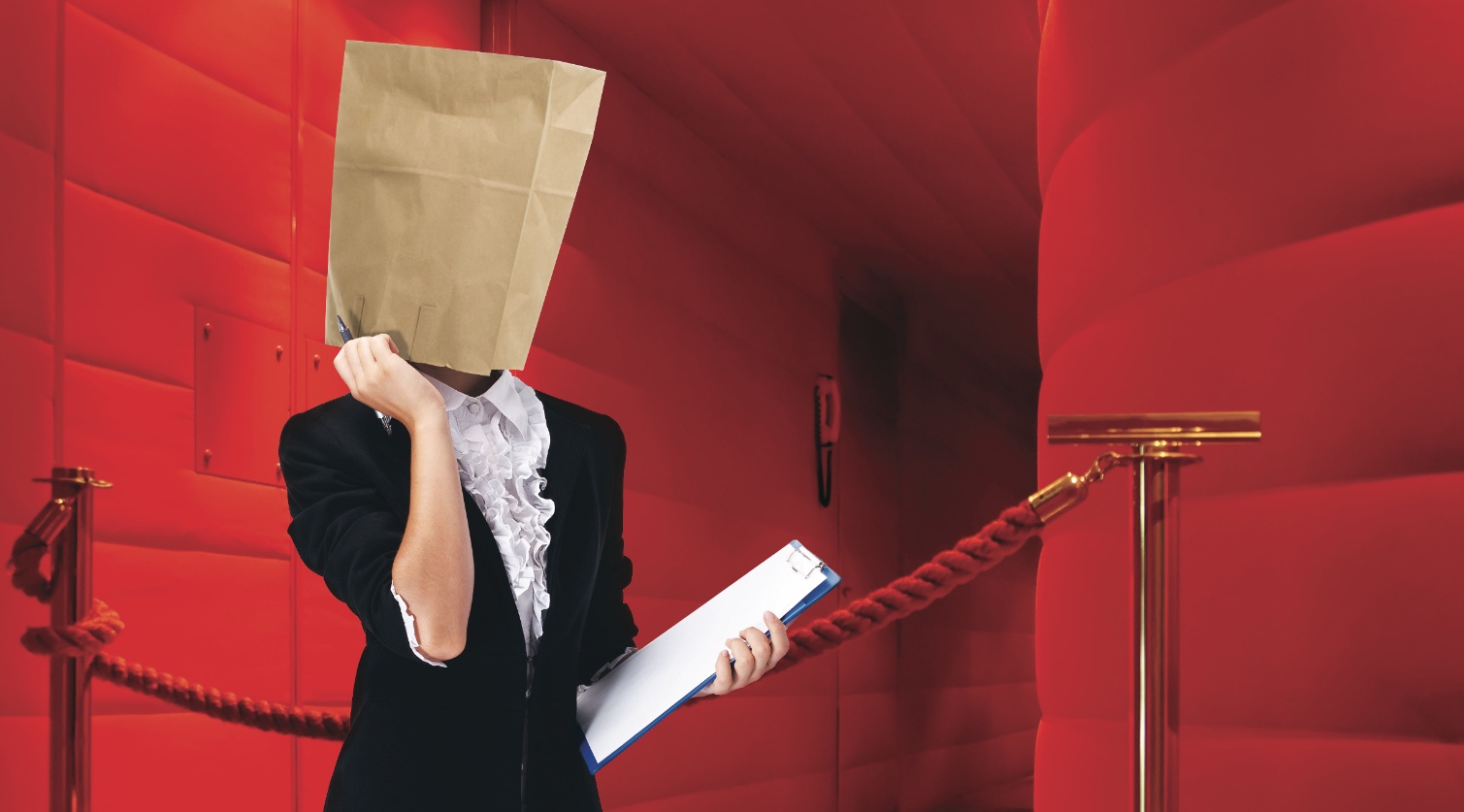 Next time you’re headed out to the clubs, mind your manners and bring some cash! A frazzled East End clipboard queen spills the dirt on the Hamptons door scene.
AS TOLD TO EDDIE ROCHE

What makes a good doorwoman?
It’s a lot harder than being a doorman, obviously. People assume they can bully you, so you have to be kind of a bitch, but not in a way that makes people hate you, if that makes any sense. You also need to have a high tolerance for crazy drunk people who think the world revolves around them. If you can’t keep your cool when someone’s slurring in your face, it’s not the job for you.

Sounds like fun! Do you think there’s a double standard for women working the door?
Well, if you’re a guy standing at the door with 40 drunk guys trying to get in, they’re probably not gonna smack your ass or make snide comments about your boobs. It’s just a whole other level of irritation. People out here feel entitled to everything, so you have to be able to balance feeling frustrated with wanting to slap them in the face and tell them how much you hate them. You can’t do that.

Why not?
Because it’s part of the job. I’m representing my venue, so I can’t slap them or start screaming at them. You have to let them get away with it a little bit but draw the line at the right time. If you really get nasty, you’ll get fired. You have to stay calm.

How many door girls work at clubs in the Hamptons?
There’s very few. Overall I feel like 95 percent of the people who do the door are men.

Do you think more women should be doing it?
Yes! It brings an edge to the venue because most people walk up and expect to see a guy. Women are also really good at talking customers up on minimums.

What do you mean by that?
Part of your job at the door is to sell bottles. I’m not going to let a group of 10 guys in just to stand at the bar. They’re getting five bottles, minimum. It’s easier for a woman to do that.

Do you dress the part?
I’m very little, actually, so I normally wear six-inch heels to make me taller. I have a good relationship with my bouncers, so if anyone tries to get physical with me, they’re toast.

Do guys ever try to bribe you?
On every shift! I’ve been bribed with clothes to come in. I had some guy bring me a $500 cashmere sweater. He put it in a bag with a note, and said, “Please remember me all summer and I’ll take care of you every weekend.”

Did you let him in?
Of course I did. I love the sweater.

What’s the most cash you’ve gotten?
When I did the door at a now closed but famous venue out here, I got offered $500 to let someone in.

Did you let them in?
What do you think? It’s sort of an unwritten rule. When you’re doing the door during the summer you want to maximize making money for those few short months. People out here are throwing cash around. People will come up all the time and say stuff like, “I’ll take care of you if you take care of me.” You don’t know what they’re going to give you until you let them in! You can kind of judge based on what they’re wearing and the group they’re trying to get in with. On average it’s about $100.

How long are the late-night lines, typically?
They get insane because everyone goes out at the same time. They’re not lines, they’re mob scenes. We set up ropes and have bouncers trying to keep it uniform, but the problem is everyone is convinced they’re somebody important. The line becomes a clump.

Why do you think that is?
Obviously, the economy has a lot to do with it, but nightlife also doesn’t have the same energy that it used to. Now, the people that have the money that used to come to clubs are going to different countries. They’re in the South of France or Ibiza or Greece or wherever. So the crowds have gotten younger.

How much can a door person make on a good night?
Normally, you get paid a set amount to work there a night, and then it really just kind of depends on how aggressive you are with the people at the door. You used to be able to make a lot more money than you do now. If I’m lucky, I’ll get $500.

Does that include tips?
It’s about $300 to $400 from the venue to do the door; the rest is tips. If you sell bottles then you can make commission off those, too.

How can clubgoers make your job easier?
The guys could start by dressing up a little. That’s the biggest thing I argue with people about—these idiots who show up in flip-flops and board shorts. I know it’s the Hamptons, but c’mon now! The other part is the aggression at the door. Patience is so important, and none of them have it. I’ll be in mid-conversation with someone and I’ll have three people yelling at me from the side and trying to grab my arm. That’s my biggest pet peeve. Don’t ever touch a door person. It’s exhausting putting up with these people for six hours a night. I have a lot of respect for people who’ve been doing it for a long time and still have patience.

And then there are the drunks…
We throw people out all the time. One of the drunkest and most annoying ones I’ve seen was this kid who walked up with a bunch of people and was clearly already wasted. His friends weren’t dressed appropriately, but he said he would come in with one friend, and they agreed to a two-bottle minimum. That doesn’t make any sense, but we’re like, “Fine. You want to do it? That’s your problem.” And then his credit card got declined. He had a smirk on his face the whole time and was trying to negotiate his minimum down after he had already basically drank two bottles between him and his buddy. Then he tried to sneak out.

What did you do?
We did what we always do. Called the cops and let them take care of it. I’m pretty sure he spent the night in jail and had a hangover from hell.

Any other memorable moments?
I wasn’t letting this female customer in one night because she was so bombed. She said to me, “You should know my name. My dad invented Bingo and Yahtzee.” One of the bouncers overheard her and said, “Milton or Bradley?” I’m not a fan of entitled rich kids, and there’s a lot of them out here.

Are you jaded?
I try not to be, but it takes a toll.

Do some doormen get off on being mean?
For sure.

Why?
It’s an outlet for their frustrations. There are times when I go and do the door I can find myself taking my bitchiness a little too far, just because I can. Then there’s the other ones who just do it because they’re trying to live up to the persona of a door guy. And so they feel like they have to be a badass. I know a few who work in the city, in particular, and they’re just the evilest people. So angry all the time! I just don’t understand that. I get that the job can be stressful, but they internalize it, and it makes them pissed off at the world.