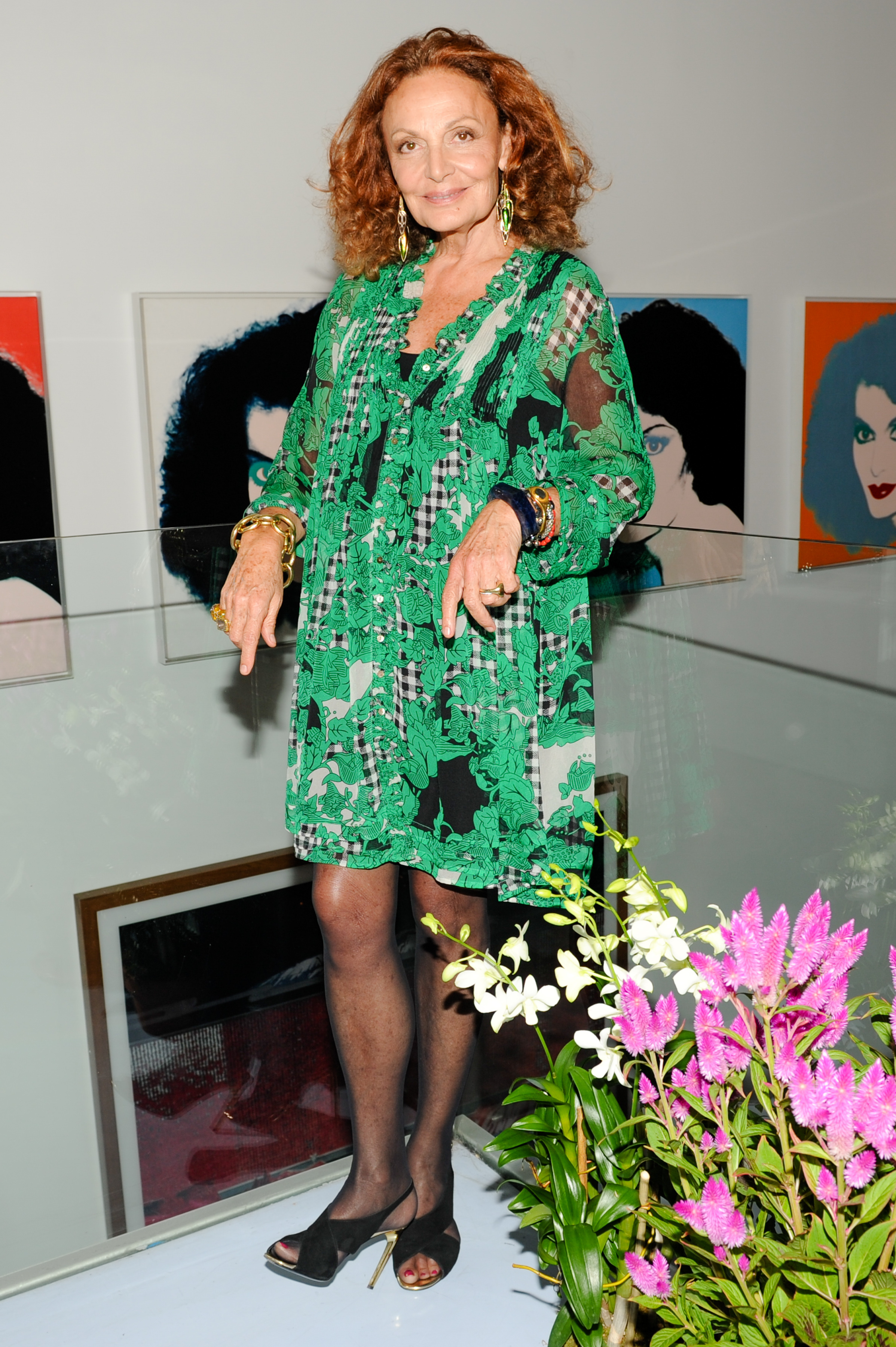 Who better to reminisce with than DvF? We nabbed a moment with her right before her fashion show, which filled Spring Studios with top du top models (Naomi Campbell, Lily Donaldson, and Candice Swanepoel) and brilliant clothes from new creative director, Michael Herz. Major bonus: a Whoopi sighting!

We hear you start your day on a very positive note.
My first e-mail I write every day is something that doesn’t benefit me. Sometimes I introduce two people who should meet. It takes very little effort, but for that other person, it might be life-changing.

Your memoir, The Woman I Wanted to Be, is coming out next month.
It’s very honest. I’ve never gone to therapy, and I wrote it with my blood.

Tell us about your new creative director, Michael Herz!
I met him because I asked him to put together my exhibition in L.A., and he did such an amazing job.

PLUS! Major Backstory With Michael Herz Himself…
When and how did you and Diane first meet?
A long time ago. I was sitting on a park bench in London and Diane von Furstenberg was walking past, so I say hello. She sat down next to me and we chatted and said, “If you’re ever in New York, give me a call.” A few years later, I was leaving my job at Bally and my agents set us up to meet. She called me a few days later and asked me to do the exhibition at L.A. County Museum of Art, and I did it. She is so inquisitive with anyone who’s creative and intellectual of every generation. She’s really encouraging. Diane asked me the other day, “You’re not stressed? You’re not normal!