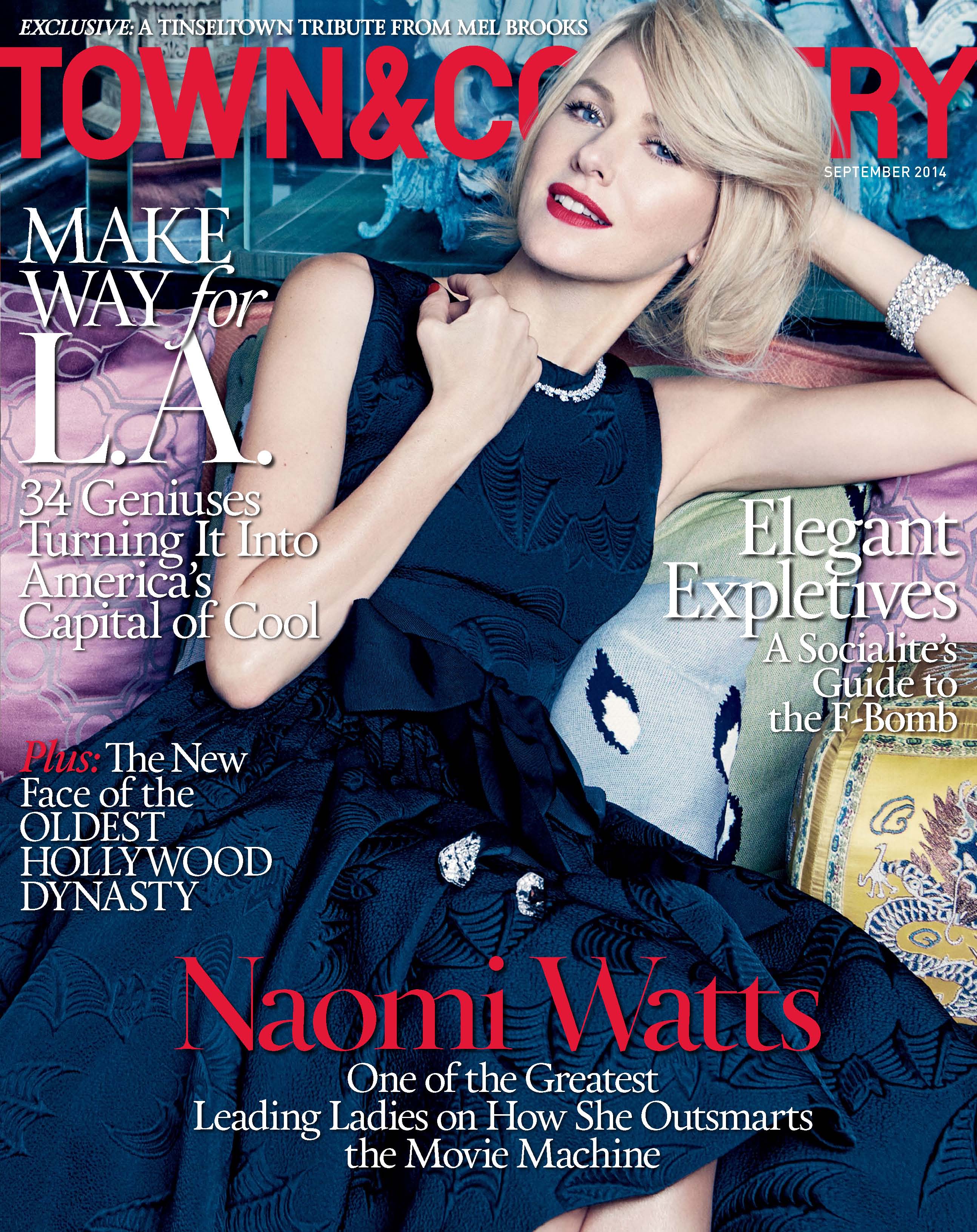 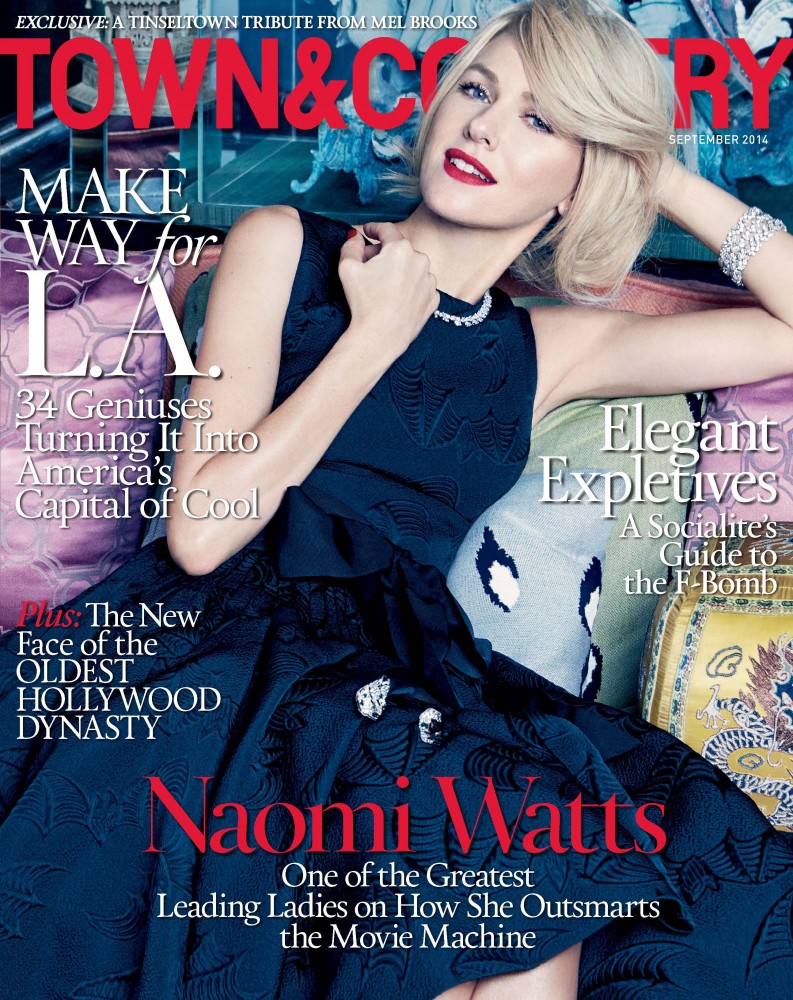 Town & Country goes Hollywood in their September issue, with Naomi Watts giving us some old school glam on the cover. Victor Demarchelier shot the actress, who opens up about whether she’ll be going the plastic surgery route. “I’m really just feeling my way,” Watts says. “This being an industry town, that self-consciousness just pervades. There are days when I feel victorious that I have, you know, gotten this far [without plastic surgery]. But there are a million days when I look in the mirror and think, ‘I’m going to do it.’” (Note to Naomi: Dooooooon’t do it!) So, what was creative director at large Nicoletta Santoro’s concept for the cover? “I wanted the fashion theme to be bit Neo Noir, cinematic, modern and luxurious with a hint of old school 50’s glam,” she told The Daily today while on holiday. Santoro turned to a Rochas brocade dress with a little help from Harry Winston jewels to create the look. As for working with Watts? “Naomi played her role with wit and elegance,” she says. Clearly.