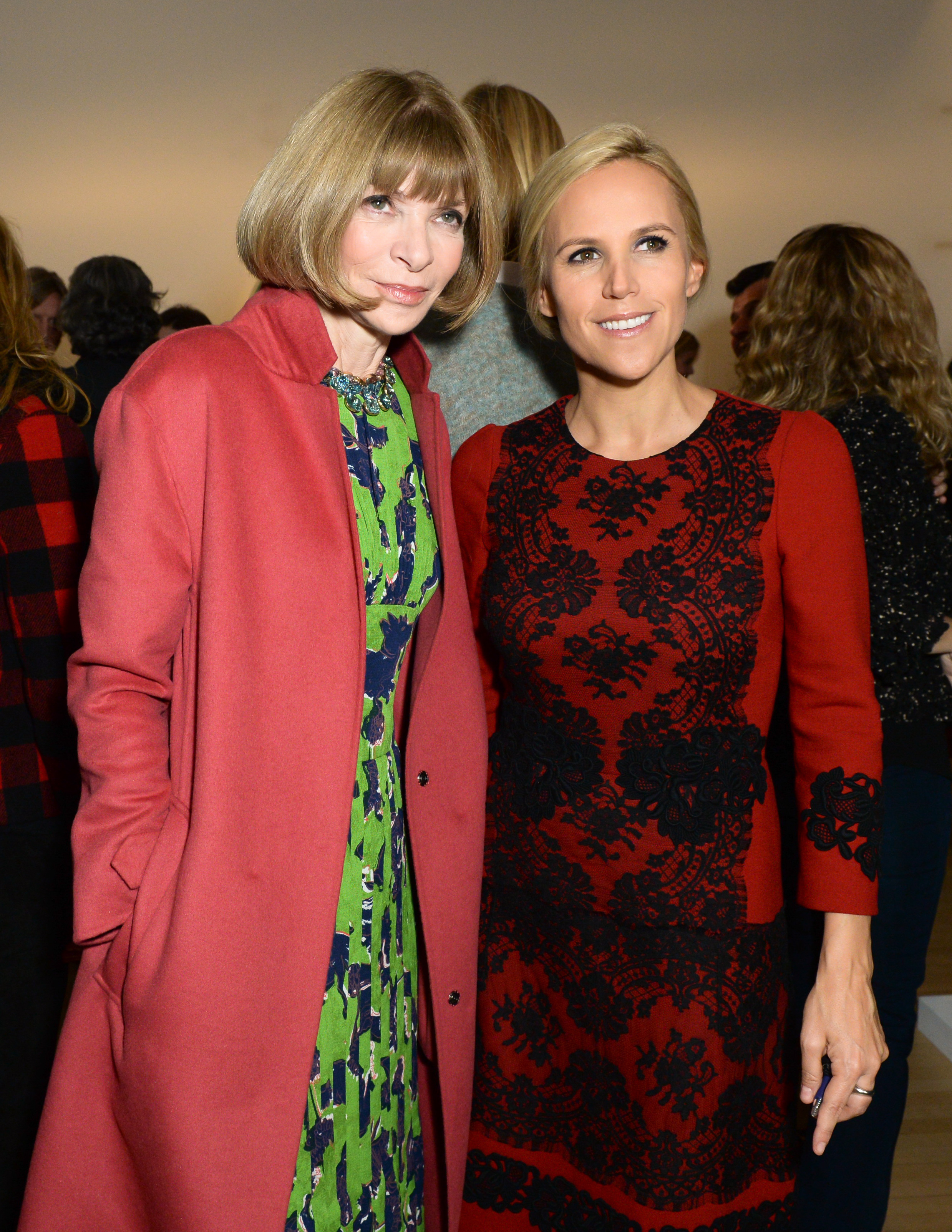 Last night, fashion heavyweights reconvened after their biannual jaunt to the overseas shows to celebrate Tory Burch‘s five-year labor of love, the book, Tory Burch in Color uptown at Salon 94. Anna Wintour, Christy Turlington, Stefano Tonchi, Robbie Myers, Linda Wells, Tamara Mellon, Paddle8’s Alexander Gilkes, Misha Nonoo, Lisa Perry, Reed Krakoff, and Alek Wek all made appearances to support her endeavor. “It was hard. Extremely tough, much harder than I ever imagined,” Burch tells The Daily. “But it was so worth it since all of the proceeds from the book are going to our foundation.”

The book itself is a guide to all things Tory, and boasts a foreword by Queen Wintour herself. Surprisingly, the content of the book isn’t entirely rooted in the uptown old-money scene. There are a few Tory mix tapes inside, which include Run DMC and Rick Ross, a shout-out to Spring Breakers director and street artist and  Harmony Korine, and even a recipe for the perfect guacamole. These sort of lifestyle staples are mixed in with family photos and points of inspiration that have helped build Burch’s billion dollar business. Perhaps coolest of all, the entire book is, as the title may indicate, organized by color, a subject on which Tory has a lot to say. As for her favorite color? “It has to be orange, but I love color,” Burch says. “I think I try to mix it up when I get dressed, but I never know if anything looks bad on me until the next day.”