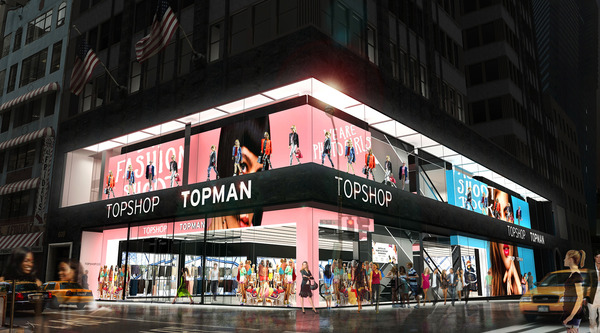 (NEW YORK) The second largest TOPSHOP/TOPMAN store in the world will open on Fifth Avenue in a 40,000-square-foot space. The store is slated to open in the Fall of 2014 and full collections from both brands will be carried including collaborations, exclusives, and personal shopping spaces. Located in a landmark building built by Henry Goelet in 1931, the new store will be second only to TOPSHOP’s UK flagship in London’s West End at 90,000-square-feet. The store opening will create new jobs not only in the retail space, but also in the U.S. corporate office.

This Topshop x Halpern Collab Is a...