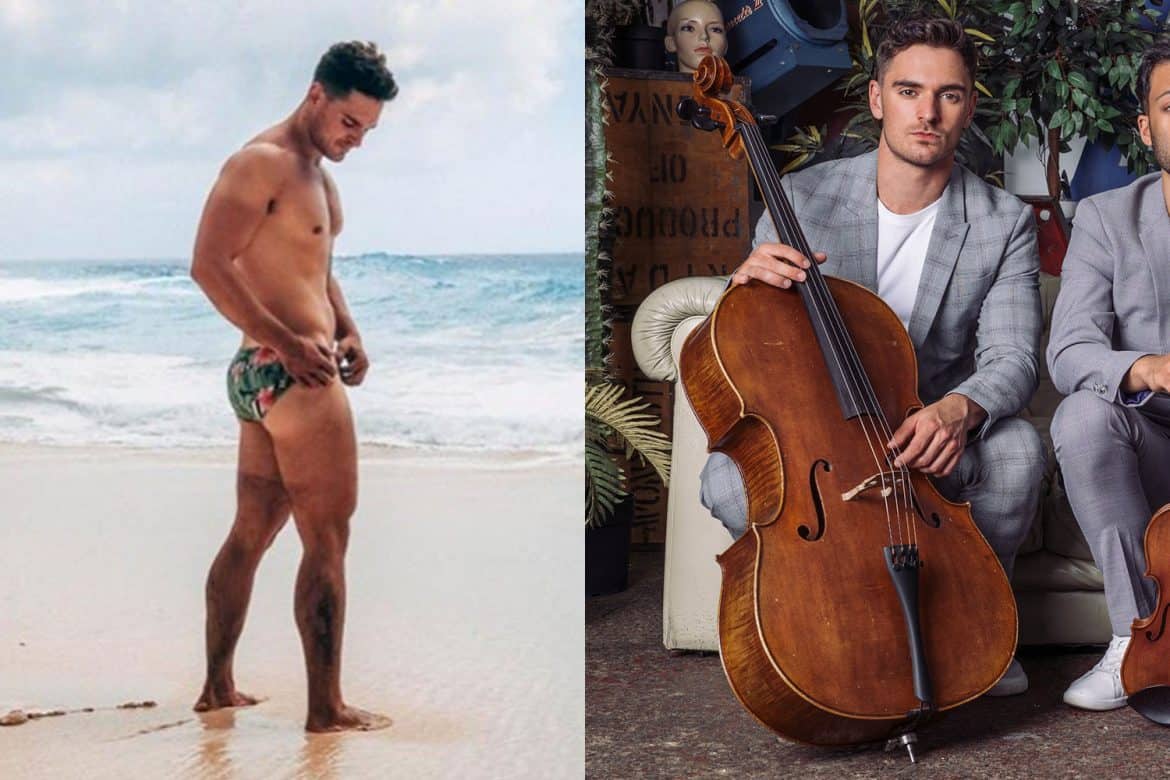 Tom Huet is a 26-year-old professional cellist from London and he is hot. I mean really, really hot. Sort of like a taller, British Zac Efron. Much hotter than one would ever expect a classically-trained cellist to be, which, of course, only makes him hotter.

I first came across hottie Huet while swiping through my friend Dennis’ Instagram stories (@denniskwanphoto — definitely worth a follow). Dennis is a high-end wedding photographer and was at a castle in England a few weeks ago for one of the many fabulous wedding conventions he always seems to be attending. As he entered the banquet hall, Huet and his trio (the Ember Trio) were playing a string version of an Ariana Grande song on slick black electric instruments that looked way more Wembley Stadium than Royal Albert Hall. Dennis’ stories then flipped to the women in his group, who were staring slack-jawed at the gorgeous and frightfully-talented Huet. I mean, you could practically hear their ovaries popping!

A few DM’s later, I had an interview scheduled with the handsome Londoner, who I am convinced could be Pietro Boselli of the cello. Boselli skyrocketed to fame practically overnight after one of his students at University College London tweeted a photo of him giving a math lecture in 2015 (Boselli was in the midst of earning his PhD in mechanical engineering at the prestigious university) and the internet dubbed him the world’s hottest math teacher. Boselli was 26 at the time and seemed surprised by all the attention. Huet is also 26 and although he doesn’t see himself as the next Boselli, it’s not really up to him. It’s for the internet to decide!

So, in anticipation of his impending international hunk musician status, the Daily got on the phone with Huet (whose voice, by the way, is as beautiful as the rest of him, especially with that accent!) to find out what he’s all about, where the hell he came from, and what he plans to do next. 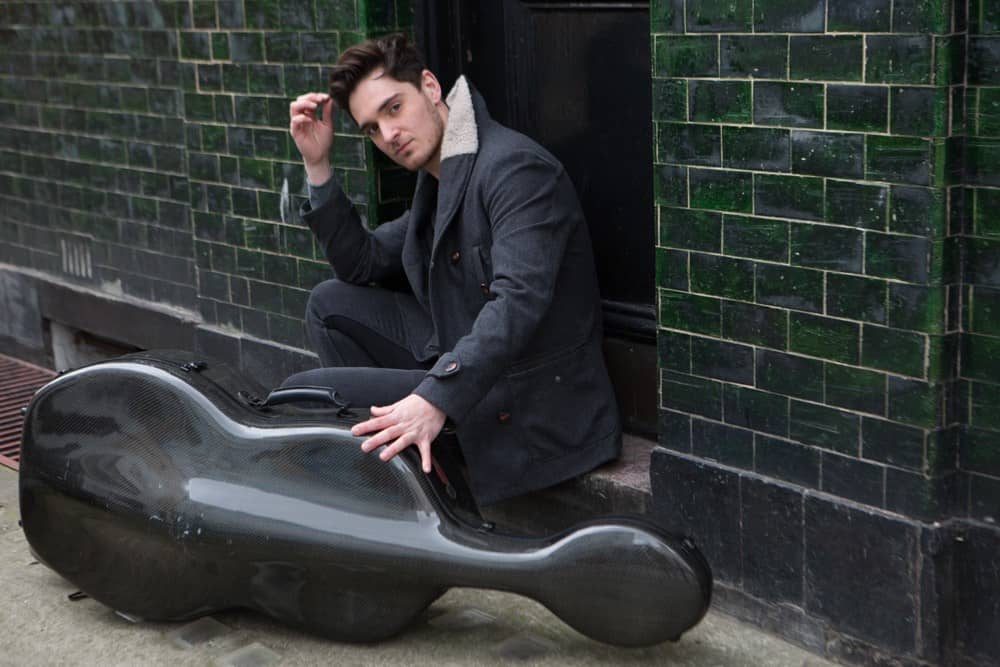 You’re from London, but where exactly?
Wimbledon.

That’s posh. Do you play tennis, too?
My parents made us do tennis lessons, actually, and I was the worst [student] they ever had.

Tennis and the cello?
I started [playing the cello] when I was about 12, which sounds early, but for a classical instrument is actually quite late because a lot of kids start when they’re like 3.

Why the cello?
I actually started like a lot of kids on the recorder because that was what was offered at school. From the recorder I went to the flute, but I was bullied for playing the flute.

That’s so sad!
Yeah, it was not a manly instrument, apparently, so I decided to play the biggest instrument I could find and started playing the cello.

So, did you end up going to a dedicated music school?
I went to a music boarding school in Manchester called Chetham’s School of Music, which is a pretty prestigious music school in the UK, and I was there for six years from age 12 to 16. That was very, very intense — six hours of practice a day, plus academic lessons on top of that.

That’s a lot of practice!
Yeah, it was hard, and we had to do all these exams — like science and math — on top of that. You know, I don’t think I’ve ever worked as hard as I had to in that school. It was great, though. In that kind of environment, which is so intense, you make friends for life — people who have gone through the same thing you have. So, it was tough, but amazing; I wouldn’t change it.

From there,  I went to Trinity Laban College of Music and Dance, and that was four more years of intense studying as well, so it’s quite a lot of time.

It sounds like you hadn’t been playing for long at all before you decided to start attending music school?
Yeah, I had just been playing for a very short time, but I picked it up really quickly and auditioned for these schools and got in. I think part of why they accepted me was that they saw how well I had done in such a short time. I wasn’t as good as everyone else, but they saw the potential in me, which was great.

Oh my god, you’re like Billy Elliot!
I love that movie! I saw the musical on the West End and didn’t enjoy it, but I loved the movie.

How many hours a week do you spend practicing now?
Close to none. I should probably say something else, but that’s the truth.

You must work a lot, though.
I play a lot, I just I don’t lock myself in a room to practice for hours on end. Maybe once a month for 30 minutes then I’m like, “I’m done!” I’m playing all the time, though.

You’re in a trio. How did you guys get together?
It’s called Ember Trio. We were all studying around the same time and we just kind of met on the circuit doing sessions and stuff. We got chatting and became friends and started jamming together and just trying things out and we realized there wasn’t anything out there quite like what we were doing. 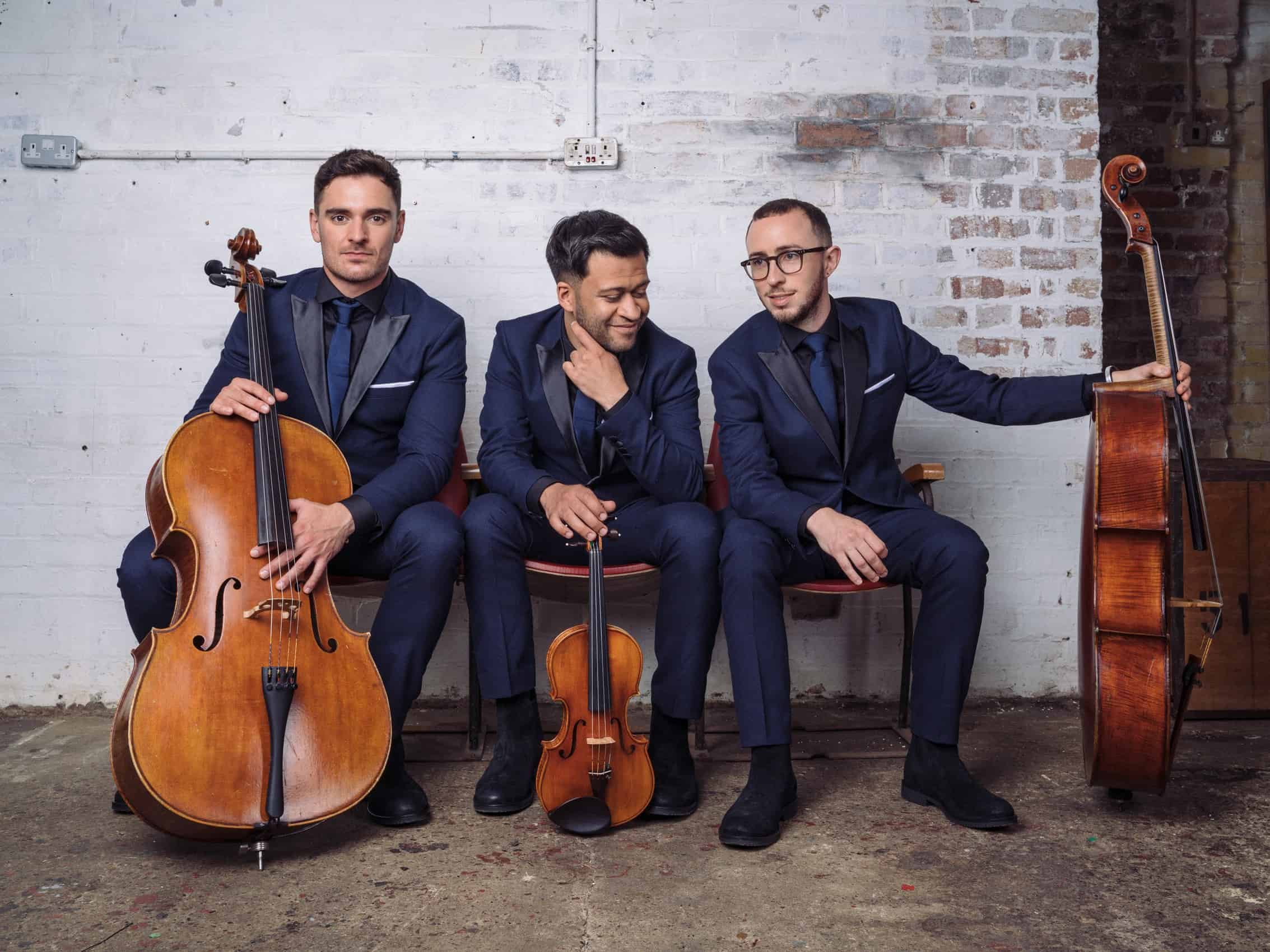 What exactly do you guys do that makes you so special?
We do like whole range of stuff, but primarily we are known for our hip-hop, indie, and pop covers.

Can you give me some examples?
Yeah, so we have a hip-hop medley going on at the moment that’s like with Eminem, 50 Cent, and Jay Z — kind of a mixture of artists. We also collaborated recently with [Dutch DJ] Armin Van Buuren and reproduced his track “Something Real.” He’s been sharing that on his social media, which has been really big for us.

Do you guys have an album of your own?
We have a few EPs on Spotify and all of the platforms. 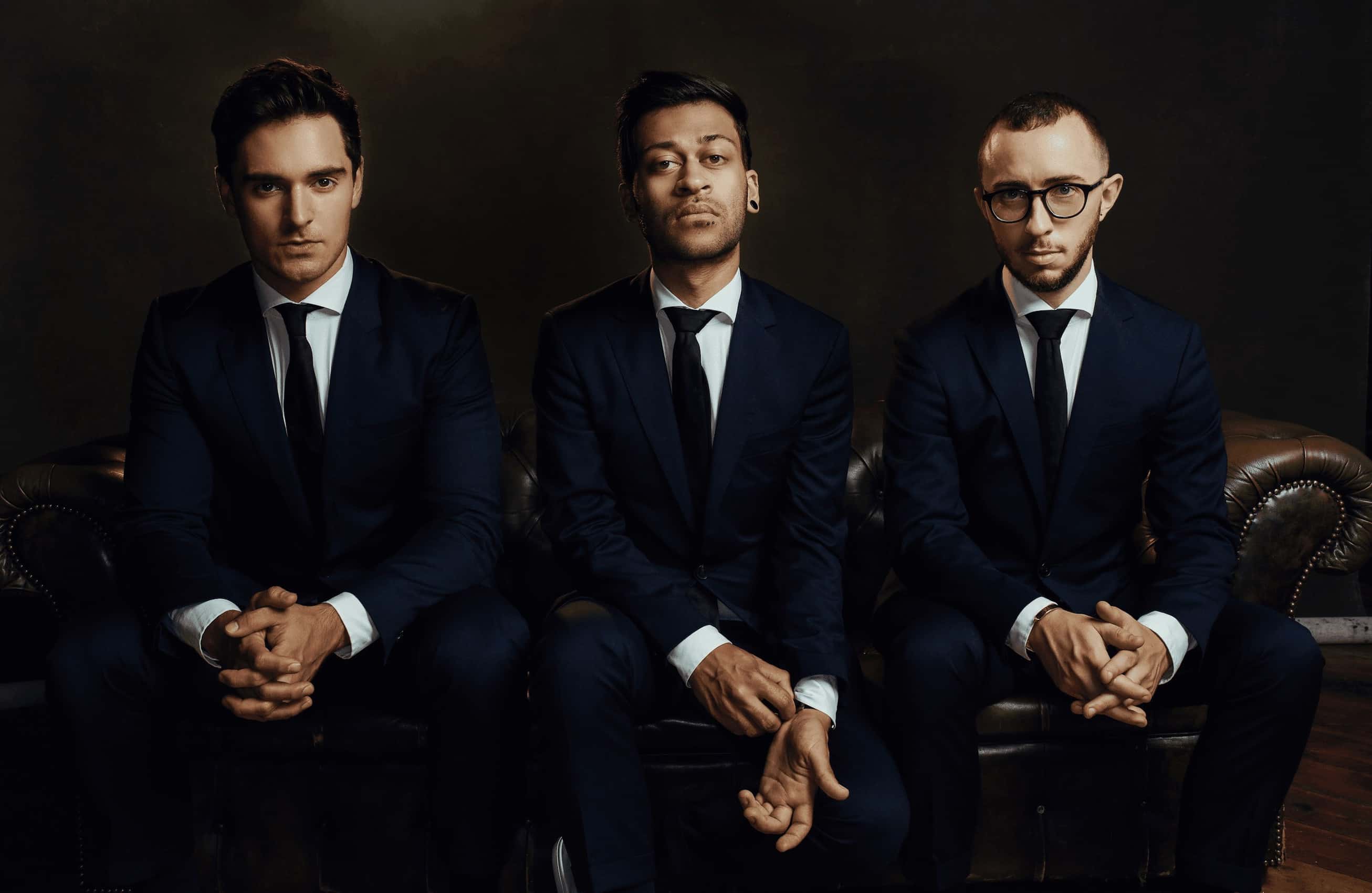 I found you through my friend’s Instagram stories when you were playing a wedding industry event. The women watching you looked like they wanted to eat you alive! I imagine you must have some pretty thirsty fans. Any crazy stories you care to share?
I get some crazy Instagram messages from people saying really random stuff, which I never reply to.

What’s the craziest message you’ve ever received on Instagram?
Oh, it’s not PG! Let me see… I had a really weird one from an American girl asking me to feed her jelly. That was really bizarre. I don’t think that was a sexual message.

I don’t know about that. Either way, I imagine you must get a lot of those kinds of messages.
Yeah, I don’t know if they’re just drunk or…

Getting asked to feed someone jelly is pretty odd, though.
Hats to her, though. I mean, that’s quite a brave question to ask.

Do people ever hit on you at these events?
No.

Do you know who Pietro Boselli is?
Is he a cellist?

No. He’s that male model that got so famous after his student tweeted a picture of him teaching a math in 2015.
Oh yeah, of course!

So I have to admit that when I first saw you on my friend’s Instagram stories, I thought, “Oh my god, this man is the Pietro Boselli of the cello!”
No! That’s very kind. I wish! He’s very attractive.

Have you ever done any modeling?
No. Well, for friends, yes, but not real modeling. I don’t feel like I’m a model.

Would you do it if a brand or agency approached you?
Yeah, absolutely.

What do you like to do when you’re not playing music?
This is quite boring for me to say, but I love hanging out with friends. I’m also very into fitness. I’ve trained as a PT (personal trainer). My brother’s a PT as well, so we hang out and do that together. I love baking as well, but that’s pure greed; I love baking cakes because I love eating them!

You don’t look like you love to eat them.
I do! But I kind of feel like the gym makes up for it.

And playing a mean cello probably burns a few calories as well.

How Rebag Is Dominating the Luxury Handbag Resale Game