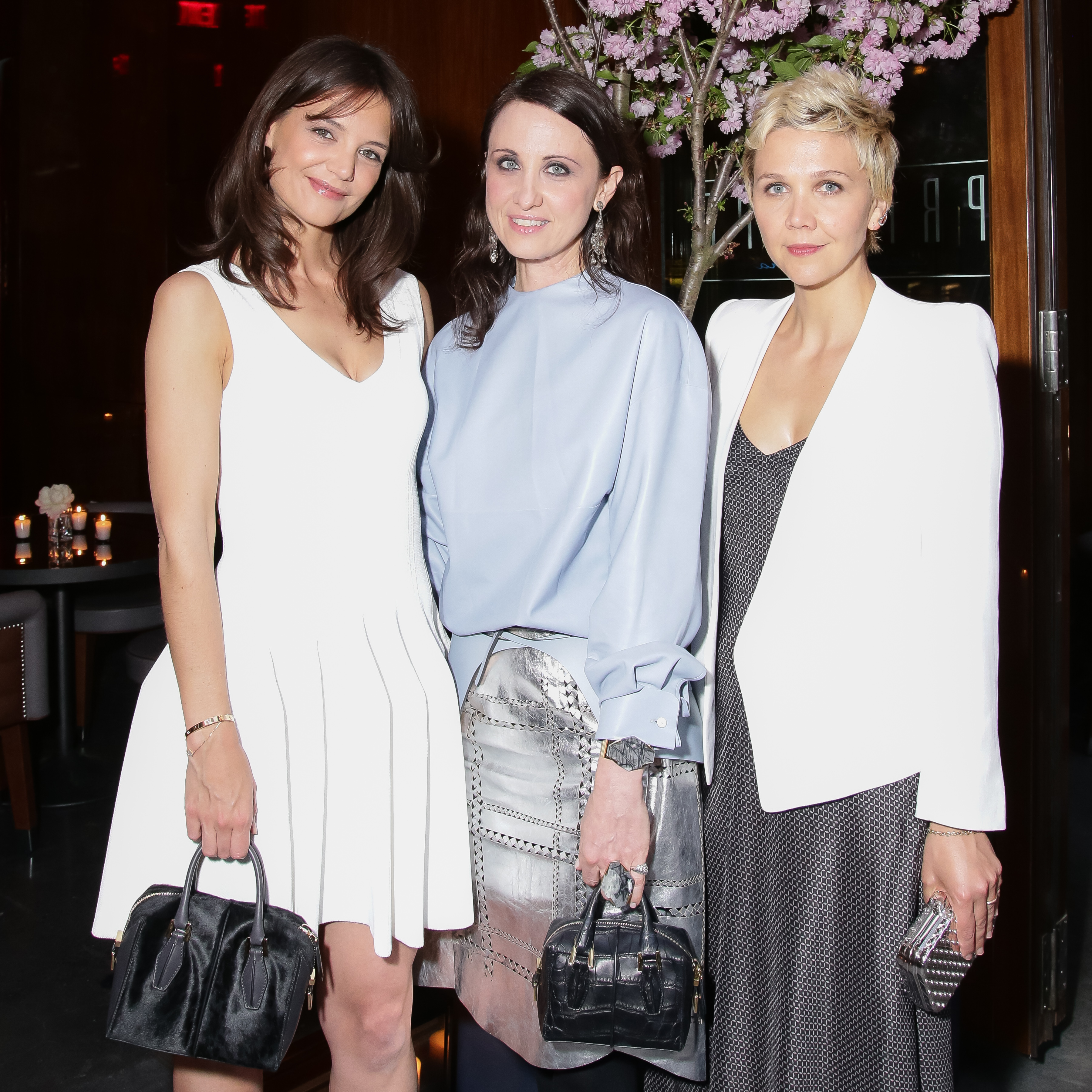 “She’s definitely revamped the brand. I mean, look at her: she’s so chic!” said Gyllenhaal of Facchinetti. Dressed in a Tod’s powder blue leather top, a silver below-the-knee leather skirt with cut-out details, and a Mini D Cube bag for last eve’s affair, there’s no doubt Facchinetti looks the part. But it’s Facchinetti’s affable nature that’s winning fans as much as her designs. When Gyllenhall attended the Met Ball with Tod’s last year, the pairing wasn’t exactly organic. “I think that was a match made by Anna Wintour,” said Gyllenhaal. “But in this case it was a really good pairing, because we had such a great time together.”

Facchinetti is only in town for three nights, but managed to swing by the Frieze Art Fair on Randall’s Island on Sunday, where she checked out one of her favorite artists, Christopher Wool. “I always look at art for what I do,” Facchineti told The Daily. “It’s my passion.” So what else does she plan on doing while she’s here other than business meetings? “I really like to just walk in New York. I like walking in general,” said Facchinetti. “You can do so much in New York, not even one lifetime is enough!” Looks like Facchinetti is taking in plenty of the city already.
PAIGE REDDINGER