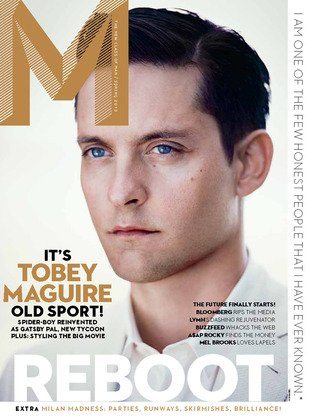 The Great Gatsby launch is on! The eagerly anticipated remake comes out in May, but Tobey Maguire plugs the Baz Luhrmann helmed film in the Spring edition of M. The actor and husband of fashion fave Jennifer Maguire tells them about working together again with his best friend Leonardo DiCaprio, aka “Uncle Leo” to the Maguire tots. It’s the first time the boys have worked together since 1993’s This Boy’s Life. M also interviews Gatsby costume designer (and wife of Baz) Catherine Martin about working closely with Prada on many of the costumes for the female characters. The new issue is out today.

The European School of Economics Celebrates With...