Toasting The Premiere Of ‘The Rewrite’ With Hugh Grant 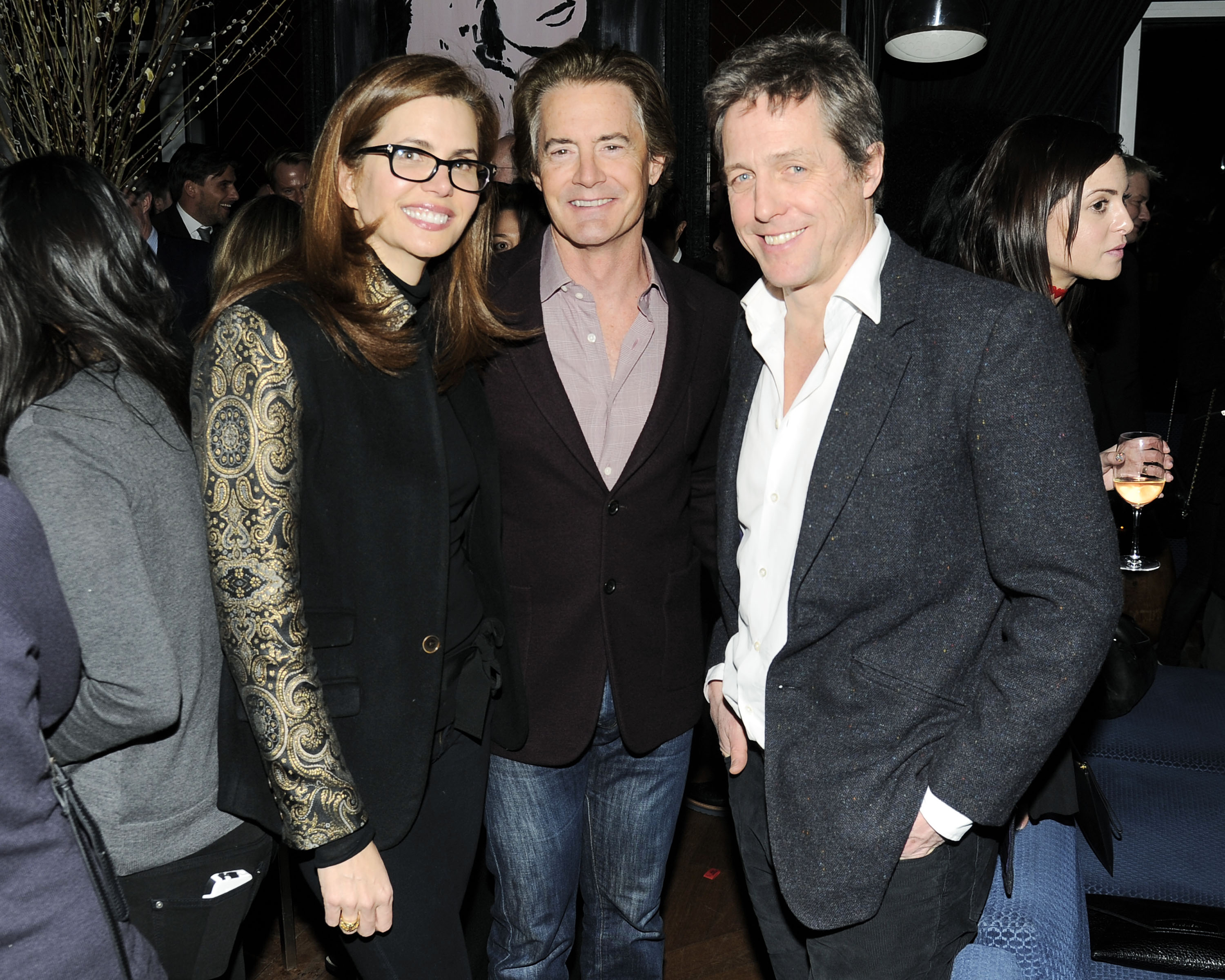 Hugh Grant’s The Rewrite premiered in New York last night at Landmark Sunshine Cinema, hosted by Brooks Brothers and The Cinema Society. The film follows Keith Michaels, played by Grant, on a journey of self-discovery at a university in upstate New York. The ensuing lessons and inevitable romances earned rave reviews from the crowd. Grant stars alongside Marisa Tomei and J.K. Simmons, the latter of whom is currently garnering Oscar buzz thanks to a standout performance in Whiplash. Chicsters in attendance included Pat and Anna Cleveland, Desiree Gruber and Kyle MacLachlan, Rachel Roy, Cory Bond, and more.
Guests carried on the nearby Jimmy at The James Hotel to rave about the film over QUI Tequila cocktails. The male models stayed away from all evil forms of carbs in preparation for today’s “men’s day” of shows centered at Industria studios, while the girls (including Brit model Sophie Sumner) and several non-fashion folk took time to enjoy the cheesecake lollipop display cleverly placed around the bar, with cocktails in hand, of course!