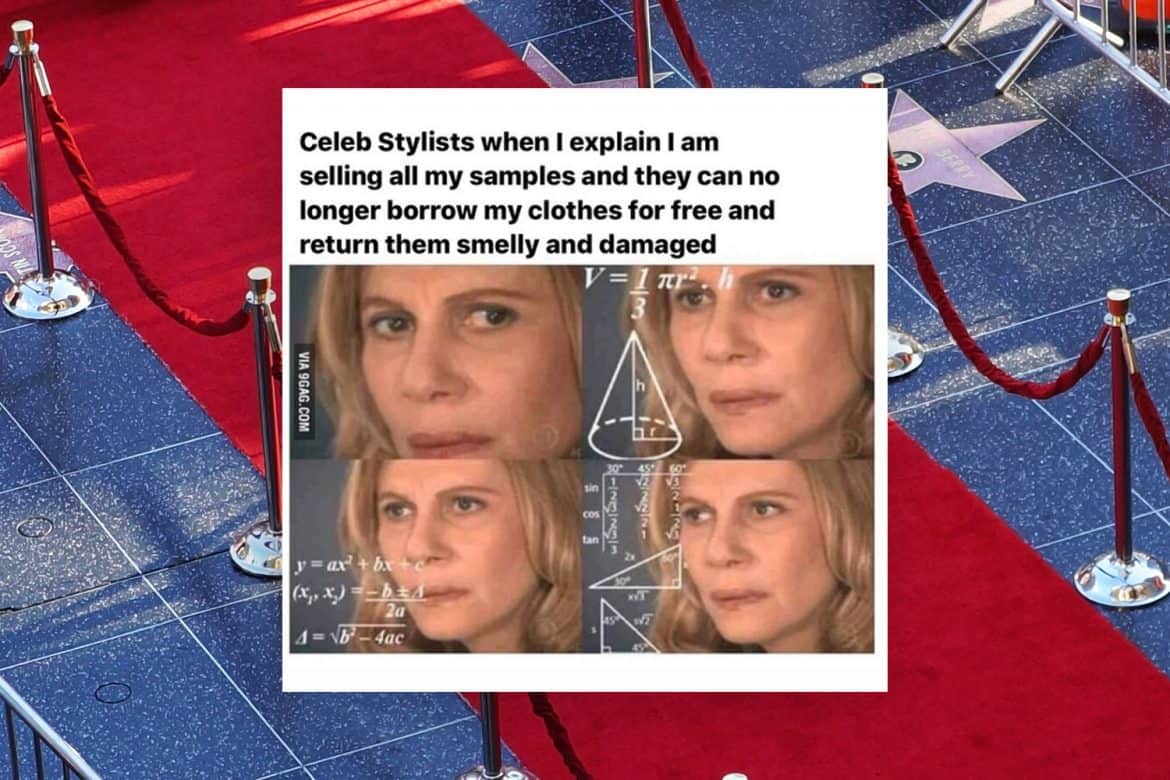 Designer Jaime Major has had it with celebrity stylists taking advantage of her and is using her Instagram account to air her grievances with a series of savage and hysterical memes.

One of Major’s primary grievances is money, as many of the memes she has posted refer to stylists’ unwillingness to pay anything for her clothes, all of which are handmade and very labor-intensive.

It’s important to note that many stylists are given absolutely no budget for red carpet dressing and are often not even paid a day rate for their work. Such is the nature of red carpet styling. Even big companies like Disney are frequently unwilling to pay for stylists for their actors for major events. Stylist can either turn down the job and risk losing the client or work for free in the hopes that when there is budget to work with, they will be the ones to get it.

Most designers understand this. It’s the nature of the beast in 2019. Designers loan clothes to celebrities for free in an attempt to drum up publicity for their brands. They often have to pay to have the looks shipped and cleaned and fitted just for the chance of being worn at a major event. Christian Siriano, for instance, spends hundreds of thousands of dollars during award season, but even then, there are no guarantees. If a celebrity doesn’t like a look, they aren’t going to wear it and their stylist is not going to push them too hard for fear of alienating them and losing them as a client.

Still, the whole situation rubs Major (and many young, independent designers) the wrong way. And it can be especially disheartening when the same stylist who is claiming to have no budget to help a designer offset the cost of creating clothes for their client, appears to be living the high life.

It’s not just about the money, though. It’s also about respect. Major is sick of people devaluing her work by not giving her credit and damaging or losing her clothes without remorse.

Ya’ll thought I was kidding 👻

YOU HAD ONE JOB 😩

From the looks of Major’s account, this may be her farewell to the industry as a whole, which would be a pity, because she really is a very talented designer and obviously cares a great deal about her work. Then again, who knows? Maybe she will rise from the ashes to become the next great meme sensation. There’s not a lot of money in the meme game, but at least she won’t have to play “name that stain” with her lovingly-crafted gowns any more.

The Petition to Save Barneys, Inside JLaw’s Haunted Wedding Venue