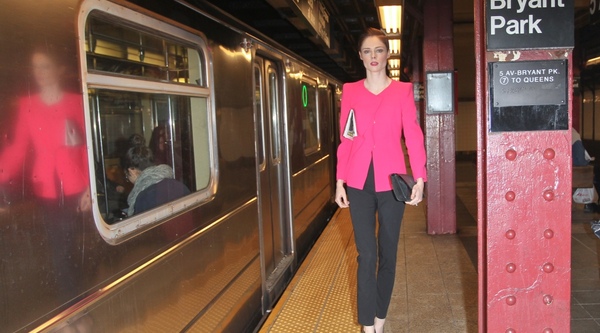 (NEW YORK) Three days after the announcement, you’re still talking about Dennis Freedman. With his storied background as creative director of W, Barneys New York’s new creative director is primed to usher in an era of art and luxury at the retailer. What will happen to the humor, the kitsch, the verve? Expect more of a focus on “taste” and “luxury”…

SO WHO WILL ENJOY THIS?
Alex White. The longtime W fashion director, and frequent Freedman collaboratrix, probably won’t give up styling anytime soon, but chances are, Freedman will develop an editorial product similar to Bergdorf Goodman magazine, which, if you’ll remember, is edited by Glenn O’Brien and features photography by former contributors to Interview (among other glossies). Will White play a role? If Barneys is lucky.
Simon Doonan. What does “creative ambassador at large” even mean if not an ultra-cushy paycheck avec fewer dullsville meetings and a wealth of hours to spend writing, televisioning, talking? Simon, chéri, The Daily is HERE.

Brad Pitt. Freedman was one of the first to indulge the actor’s inner artiste; he even put his photographs of Angie on the cover of W. Perhaps he could do something for Fashion’s Night Out?
Diane von Furstenberg, Robert Duffy, and Andrew Rosen. Although all also enjoyed strong relationships with Barneys’ old guard, the DvF, Marc by Marc Jacobs and Theory collections have been crammed into the crowded Co-Op, which is certainly due for a redesign. No doubt Freedman’s already on it.
AND WHO MIGHT NOT?
Stefano Tonchi. Of course he brought on his own creative director when he took over W last Spring—but he probably didn’t expect Freeman to end up with a more visible, newsworthy position than he had before. Will they see one another at shows? Awkward!
Loomstate. Julie Gilhart had a very special relationship with the brand’s co-founder Scott Mackinlay Hahn, which resulted in more eco-friendly co-branded projects than we even dare count.
Jim Gold: No reason. Still the gold standard.
Zero + Maria Cornejo, Alice Ritter, VPL, Vena Cava, Shipley + Halmos, and the rest of the young brands selling at Co-Op. If only because their Barneys fates remain uncertain. Who are Barney’s next luminaries? Mark, illuminate us!
Check back for updates as the saga unfolds!

Your Daily Dog: Whose Lap Does Lou Lou Love Most?