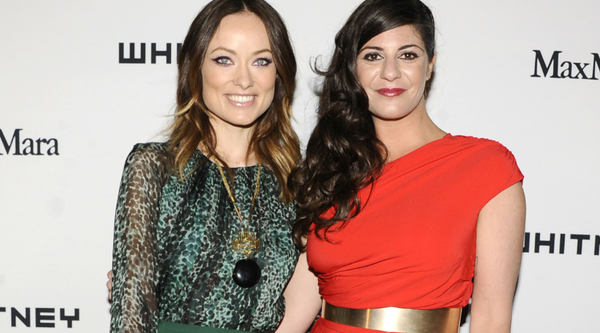 (NEW YORK) A crowd of arty types, a handful of editors, and one Olivia Wilde numbered a grand at last night’s annual Whitney Art Party, hosted by the art museum’s youthful, hip set, aka Whitney Contemporaries. The locale was that sorta-subterranean Skylight at Moynihan Station space under the city’s main post office. And how much did the Museum rake in from its young, hip set of supporters and their pals (dressed, might we add, far more eclectically than the majority of museum benefits one might find themselves at)? A cool $450K and change.

Libations were of the Chandon champs or Belvedere varieties, both of which sponsored the affair. The premises got woven with white ribbons, to very cool effect. As for the dance floor, plopped pretty dead-center in the industrial, minimally decked-out space? It got major play, especially after 11 p.m. or so, right around the middle of the bash. On the DJ front, given the dance-ready crowds, the sounds came courtesy of Brendan Fallis and Hannah Bronfman (the latter of whom was also an an honorary co-chair for the event; she was also rocking a edgy bit of grass green MaxMara leather action). The music menu involved some excellent ’90s jams. To wit: Mariah Carey, which simply demands a bit of belting out the lyrics to your friends, totally Bat Mitzvah-style, while hearing The Cardigans’ “Lovefool” is kind of like instant audio bliss for some of us out there.

As the auction wound down, the shimmying continued (major props to the couple, she in the snug noir-and-nude lace number, who turned an Amy Winehouse track into a ballroom dancing spectacle). VIPs fetched their goodie bags, and the crowd trickled back out in the Madison Square Garden ‘hood. Arty miracles on 34th Street!
ALEXANDRA ILYASHOV

UNIQLO Puts Fall On Our Mind For A Minute