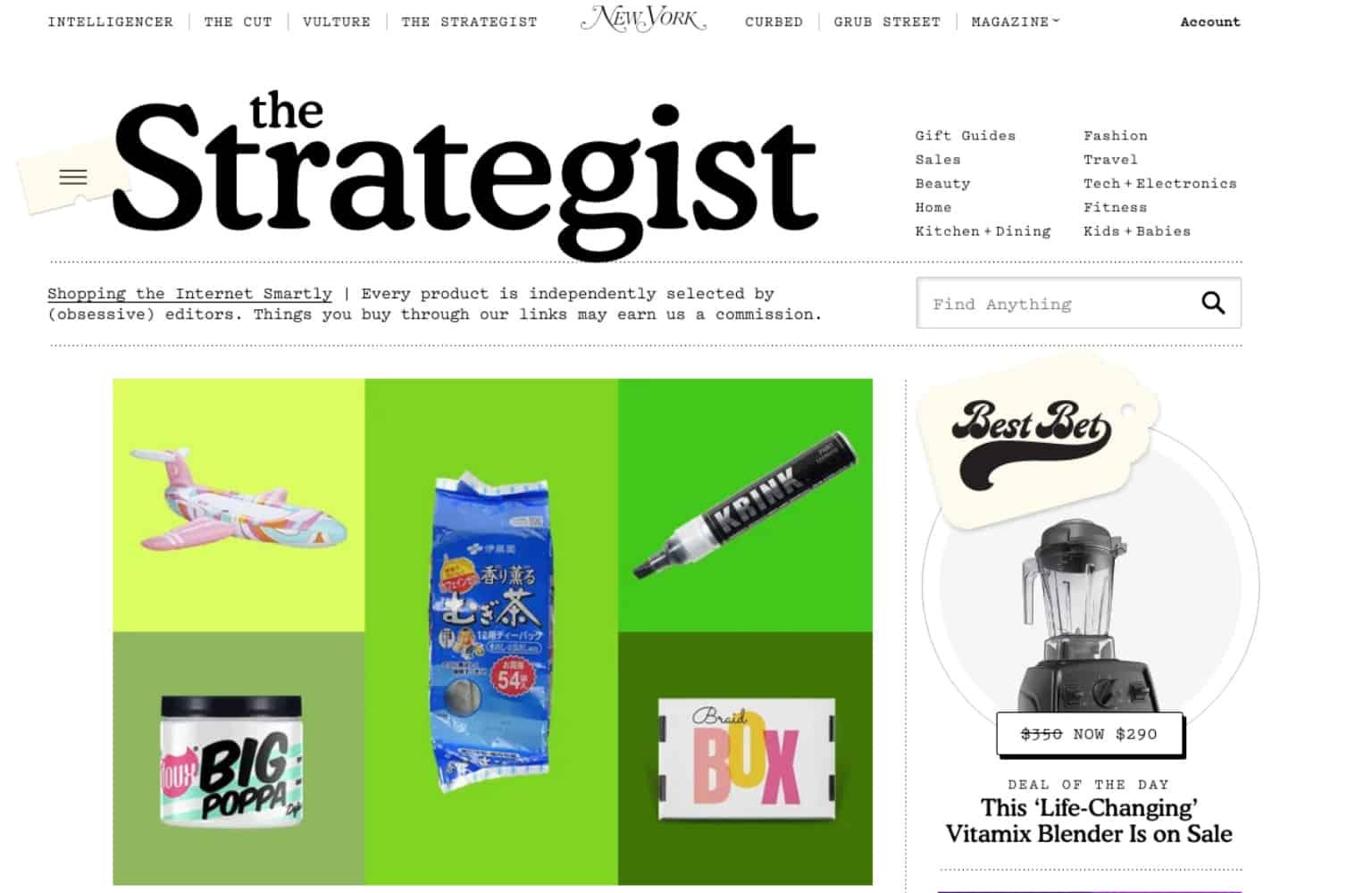 Congrats are in order for Maxine Builder, who has been promoted to editor at the Strategist; New York Magazine’s shopping-oriented site. Builder takes over from Alexis Swerdloff, who edited the site since its inception in 2016. The announcement was made today in tandem with some other new hires and promotions…and just as the Strategist gears up to host its highly-anticipated “two-day (actually good) sale” this Thursday and Friday.

Builder joined the Strategist as a staff writer in 2017 and became the site’s first managing editor before being named deputy editor last year. In her new role, she will be responsible for growth and honing the editorial voice. As per a release, Builder was also previously instrumental in setting and implementing the site’s DE&I goals.

Meanwhile, Katy Schneider has been promoted to features editor at New York Magazine, which will see her lead and edit the print Strategist section and work closely with Curbed, while continuing to contribute ideas to the online vertical. Schneider began her career at the company in 2014, as an assistant to then editor in chief Adam Moss.

As for the aforementioned sale which kicks off at the end of the week, it features some unmissable deals from editor-vetted and reader favorite brands. Think: savings on Bala Bangles, Brightland, Brooklinen, Harry Josh, Fenty Beauty, Goodee, Madewell, Magic Spoon, MeUndies, Ole Henriksen, Stone and Strand, and more. Coin purses at the ready!

What You Need to Know About Body Contouring from Dr. Algie LaBrasca