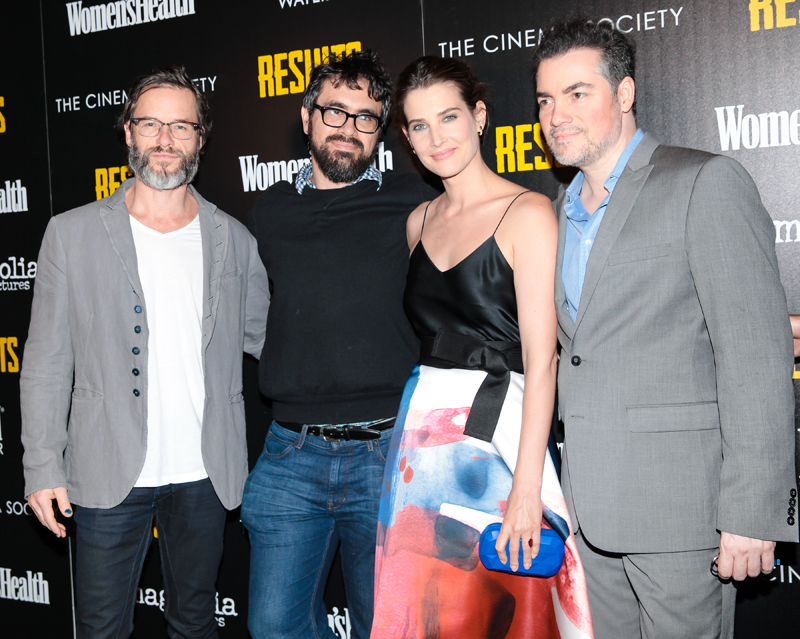 After being chosen in the official selection for the Sundance Film Festival, indie flick Results made its New York debut last night at the Landmark Sunshine Cinema thanks to Women’s Health and FIJI Water. The film’s stars, Guy Pearce, Kevin Corrigan, and Cobie Smulders (she covers this month’s issue of Women’s Health) were all in attendance, along with the film’s funny-man director, Andrew Bujalski. “Round of applause for free popcorn!,” Bujalski said as he took of the microphone from Cinema Society creator, Andrew Saffir, before the screening. “We’re so happy to have friends and strangers here to celebrate, my two favorite kinds of people. There’s no Q&A after, because there are no answers to your questions, but there’s a party after and that’s much better.”

Said party first set up shop at STK Downtown, where the rain stopped just in time to celebrate on the restaurant’s rooftop, which officially reopened. The crew on hand enjoying Qui tequila cocktails included Smulders’ husband, Taran Killam of SNL, Josh Lucas, Dermot Mulroney, Paul Haggis, Garrett Neff, Candy Pratts Price, and Alex Karpovsky from Girls. The party train continued on to No.8 where everyone stuck around into the wee hours, dancing to oldies spun by resident DJ Uncle Mike. 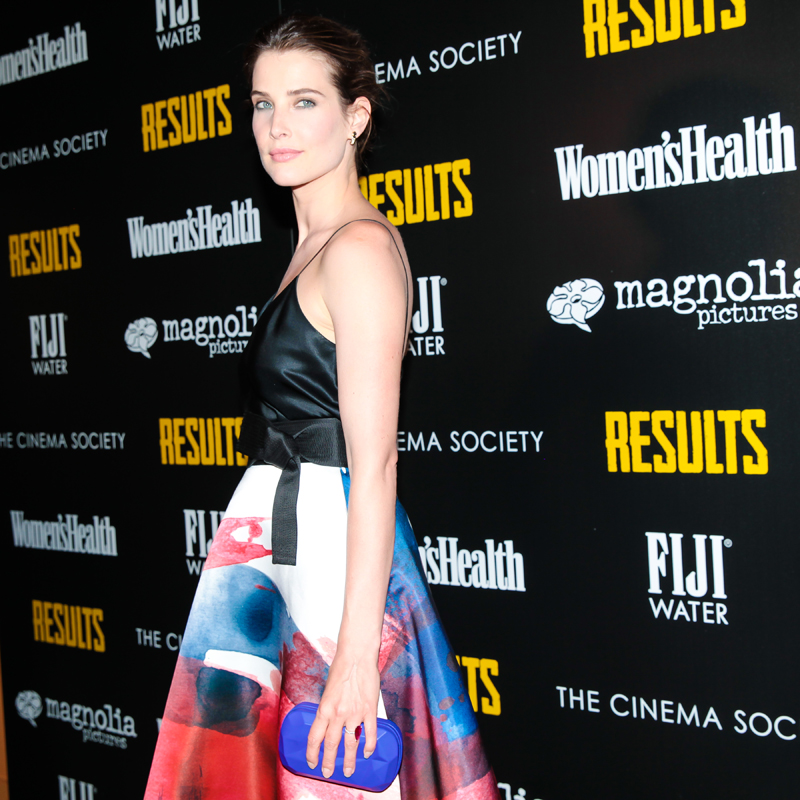 Giorgio Armani Gets Personal With GQ

Carolyn Murphy Dishes On Her Upcoming Gig, The 90’s, And Social Media To ‘The Edit’