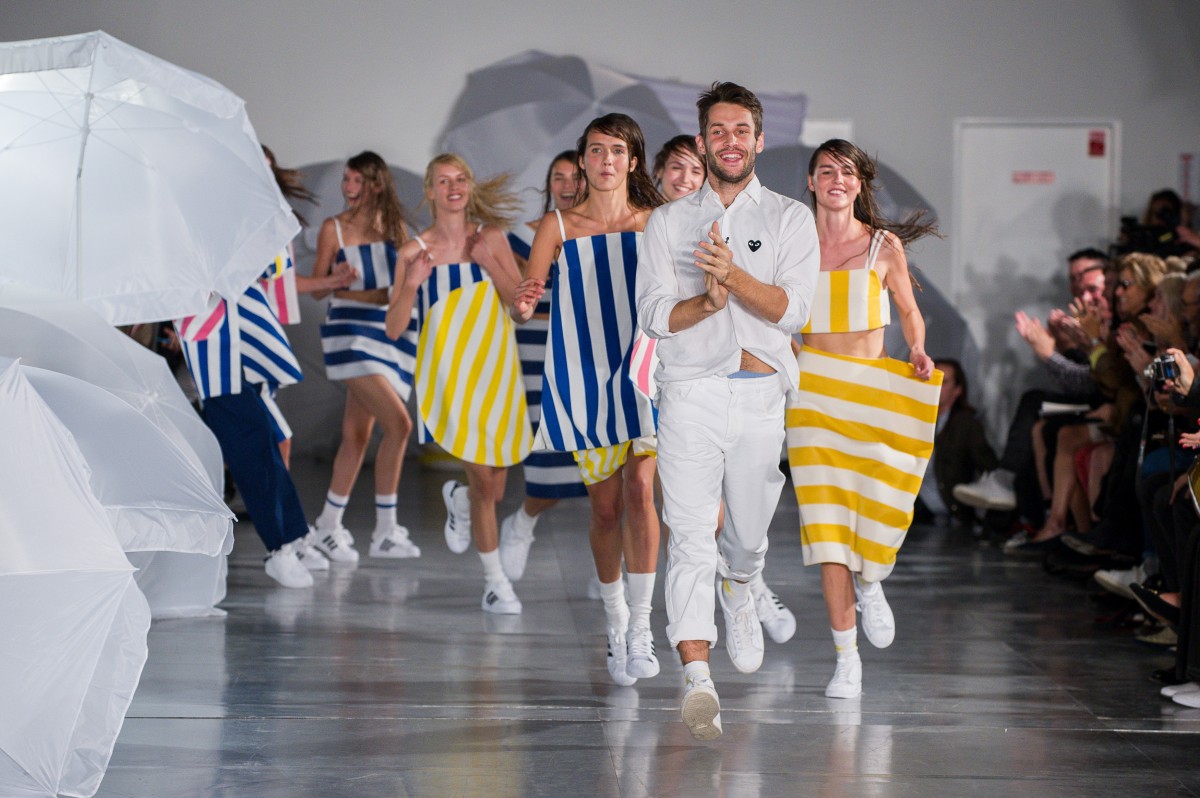 Eight buzzy labels have made the cut as finalists for the next LVMH Prize. Who’s in the running? Jacquemus’ Simon Porte Jacquemus; Marques’Almeida’s Marta Marques and Paulo Almeida; Craig Green; Off White’s Virgil Abloh (also known as Kanye West‘s “creative director”); Coperni’s Sebastien Meyer and Arnaud Vaillant; Arthur Arbesser; Faustine Steinmetz; and Vetements’ Demna Gvasalia. The roster of finalists were whittled down from 26 hopefuls by an impressive jury comprised of 45 industry talents. During Paris Fashion Week, the 26 labels vying for a shot at the Prize presented at LVMH HQ.

Last year, Thomas Tait nabbed top honors in the first-ever iteration of the LVMH Prize, and a trio of the 2015 finalists were also in the final crop last year: Jacquemus, who shows at PFW, Green, who’s based in London, and Marques’Almeida, which is on the LFW calendar (and has gotten lots of editorial buzz in recent seasons). This year’s winner will be selected on May 22 at Fondation Louis Vuitton. Contenders will have 10 minutes to make their case to judges like Marc Jacobs, Raf Simons, Karl Lagerfeld, Riccardo Tisci, Phoebe Philo, and Nicolas Ghesquière. The grand prize? A whooping 300 Euros (roughly $316,000). Bonne chance!