The Halston Obsession Continues! Here’s Everything You Need To Know About Netflix’ Eveningwear Collab With The Brand 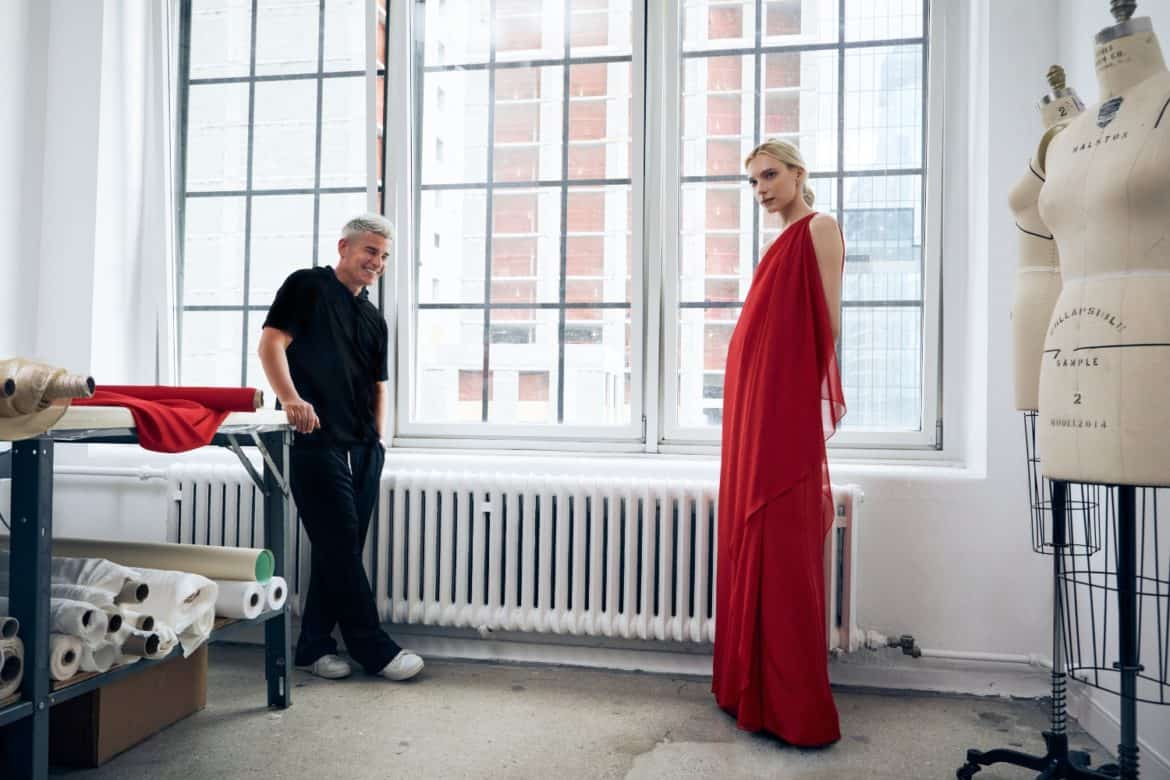 There was barely a fashion fan in our midst who wasn’t excited to tune into Ryan Murphy’s Halston when it aired on Netflix late last month. Charting the life and work of famed American designer Roy Halston, the glossy show also piqued our interest in some of his most iconic and lasting signatures (raise your hand if you were straight online browsing vintage pieces upon first viewing!). Pre-empting the interest in the legendary Halston aesthetic, Netflix reached out to the brand to collaborate on a luxurious ten-piece eveningwear collection inspired by archival hits and original costumes featured throughout the series. The collection, available for pre-order now and ranging between $995-$1595, is making major waves as the world reopens and enjoys a disco-like revival. The Daily caught up with Halston chief creative officer Robert Rodriguez to hear about the behind the scenes process. Orchids at the ready!

How long have you been with the company?
I began my role as the chief creative officer for Halston in November 2019. Thereafter is when I started looking at re-branding the new Halston. It was an exciting time for me because I had admired Halston’s work throughout my career and felt a tremendous admiration for the brand. 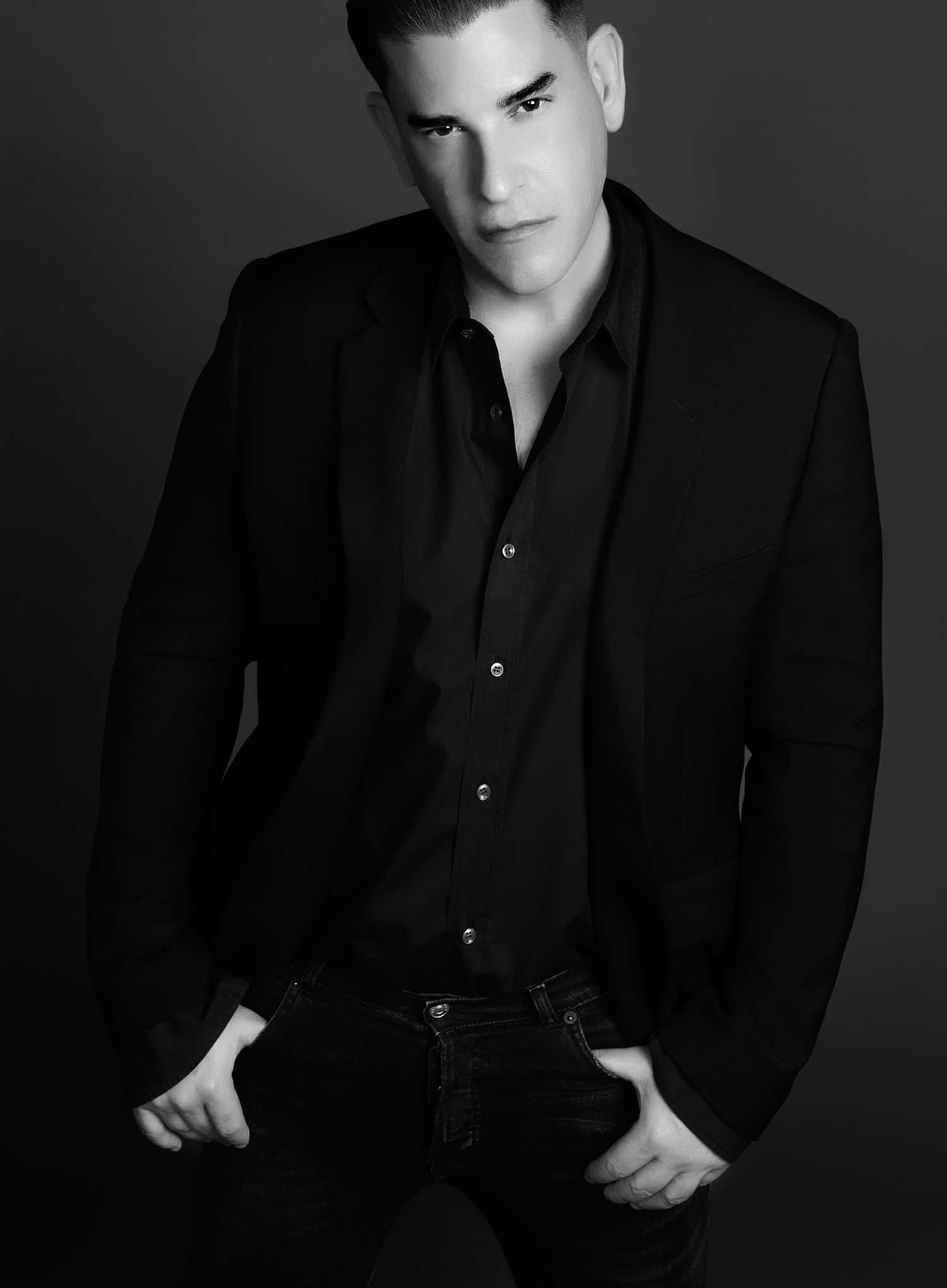 What’s your first memory of the namesake designer?
I think the first time I heard or saw the name Halston was when my mother gifted me a bottle of his men’s fragrance. I was about twelve years old, but even then as a young boy I knew I wanted to design women’s clothing.

This is Netflix’s first high-end fashion line. When did they approach you and what’s it been like working with their team?
Netflix came to us in early spring, they had wanted to pull certain vintage Halston pieces from our archives and we were able to accommodate them. I didn’t even think of designing an exclusive capsule collection at that point; but after I thought ‘Wow! How amazing it would be to design an exclusive collection in collaboration with Netflix.’ In February 2021 is when the conversation started. Working with the Netflix team has truly been an absolute pleasure and inspiring experience.

How did you narrow it down to the final 10 looks?
The capsule collection was created based on the Halston series, as well as the vintage costume designs that
Jeriana San Juan [costume designer for the series] recreated. I had a phone conversation with Jeriana about Halston, and how he had inspired us in so many ways throughout our careers; from the simplicity of his iconic caftans to the disco-inspired sheer jersey dresses. Netflix had sent me a deck featuring all the costumes used in the series. I was able to choose 10 dresses that inspired me and from that point I started brainstorming. I wanted to recreate a collection that felt iconic
to Halston but in a modern way. Some of the key noteworthy styles include the: “Elsa,” a sapphire blue batik printed silk chiffon caftan, a red and fuchsia printed silk chiffon cascade gown, the “Liza”, a gold lurex pleated caftan, and the “Angelica” a ruched viscose jersey one shoulder gown, to name just a few! 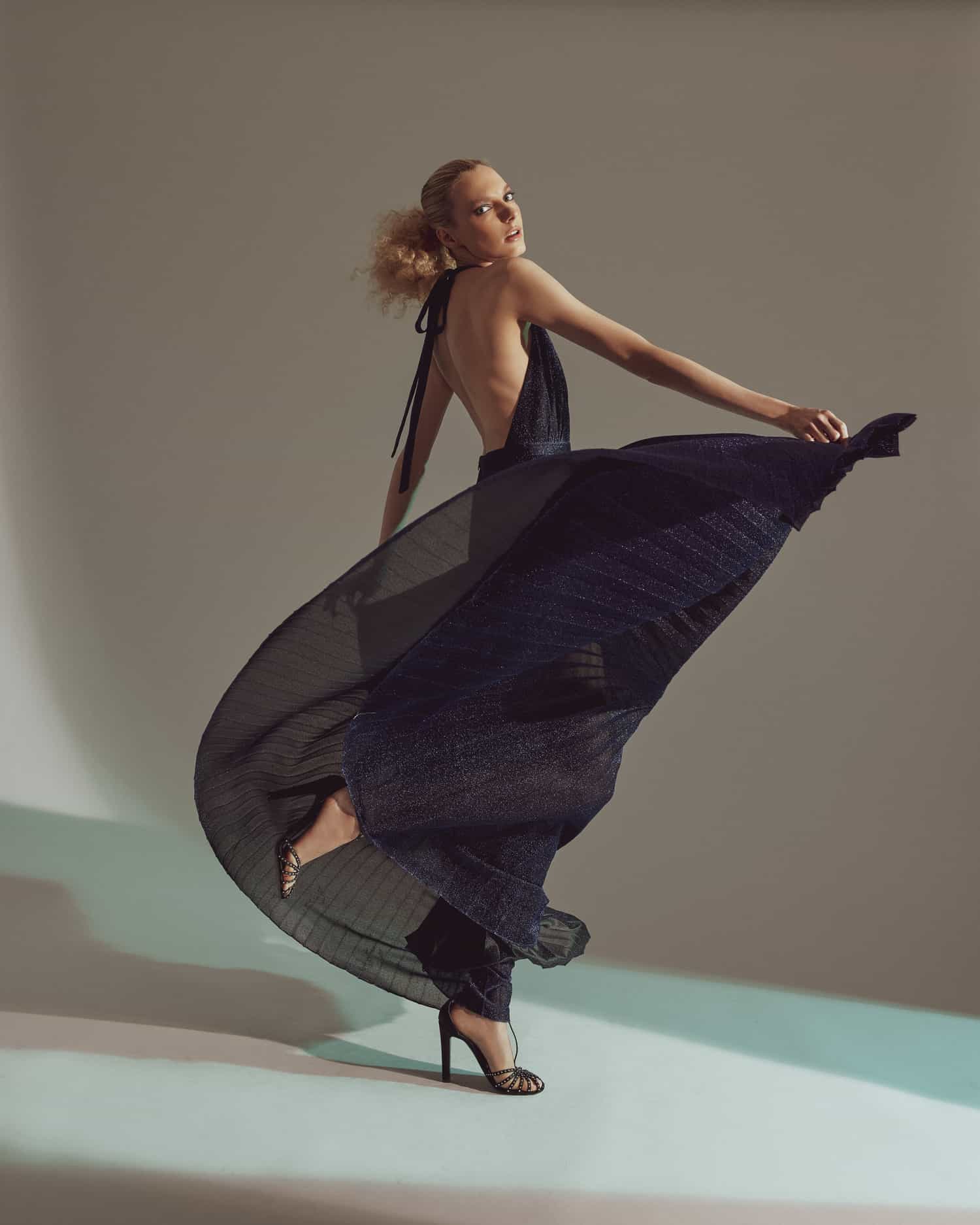 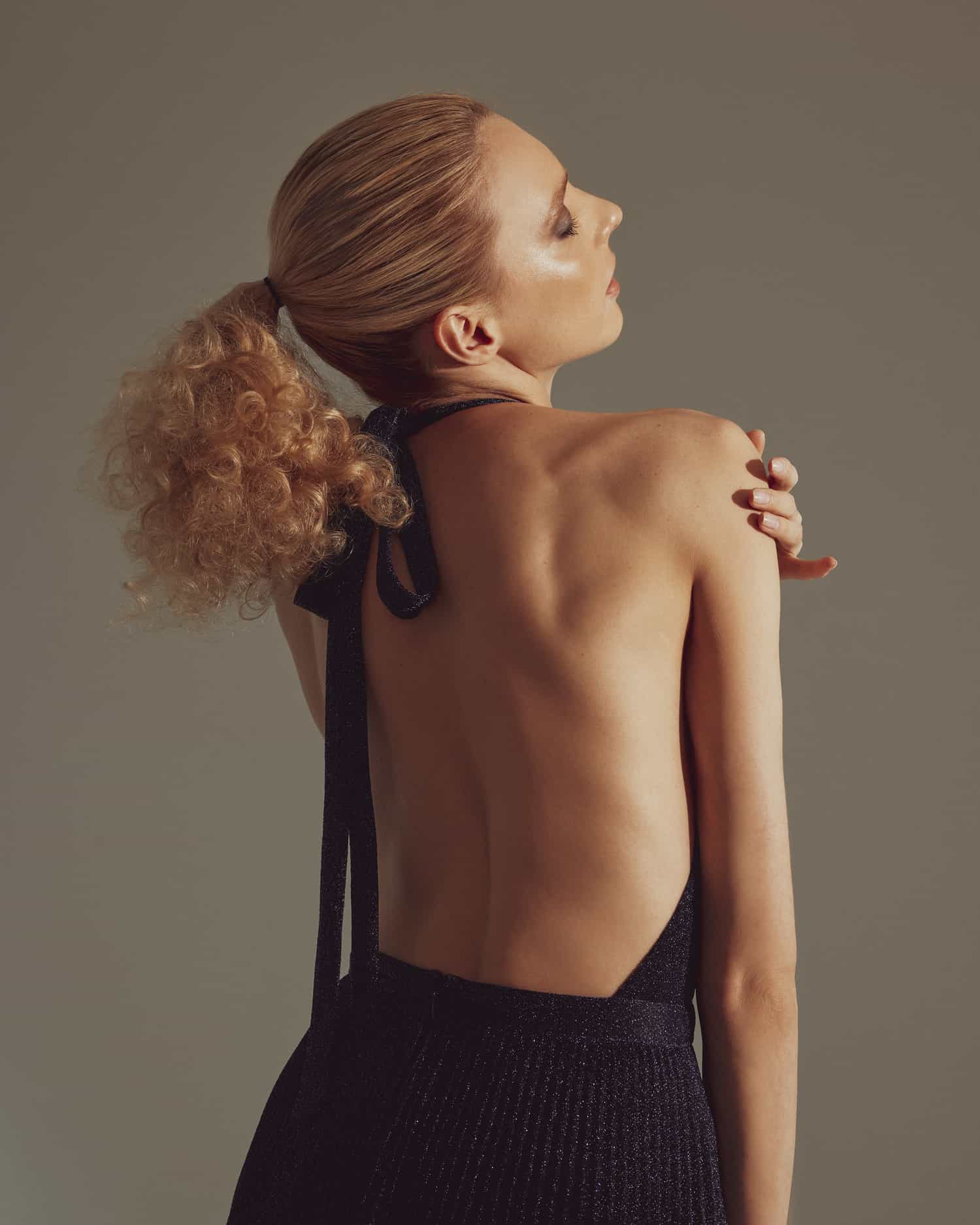 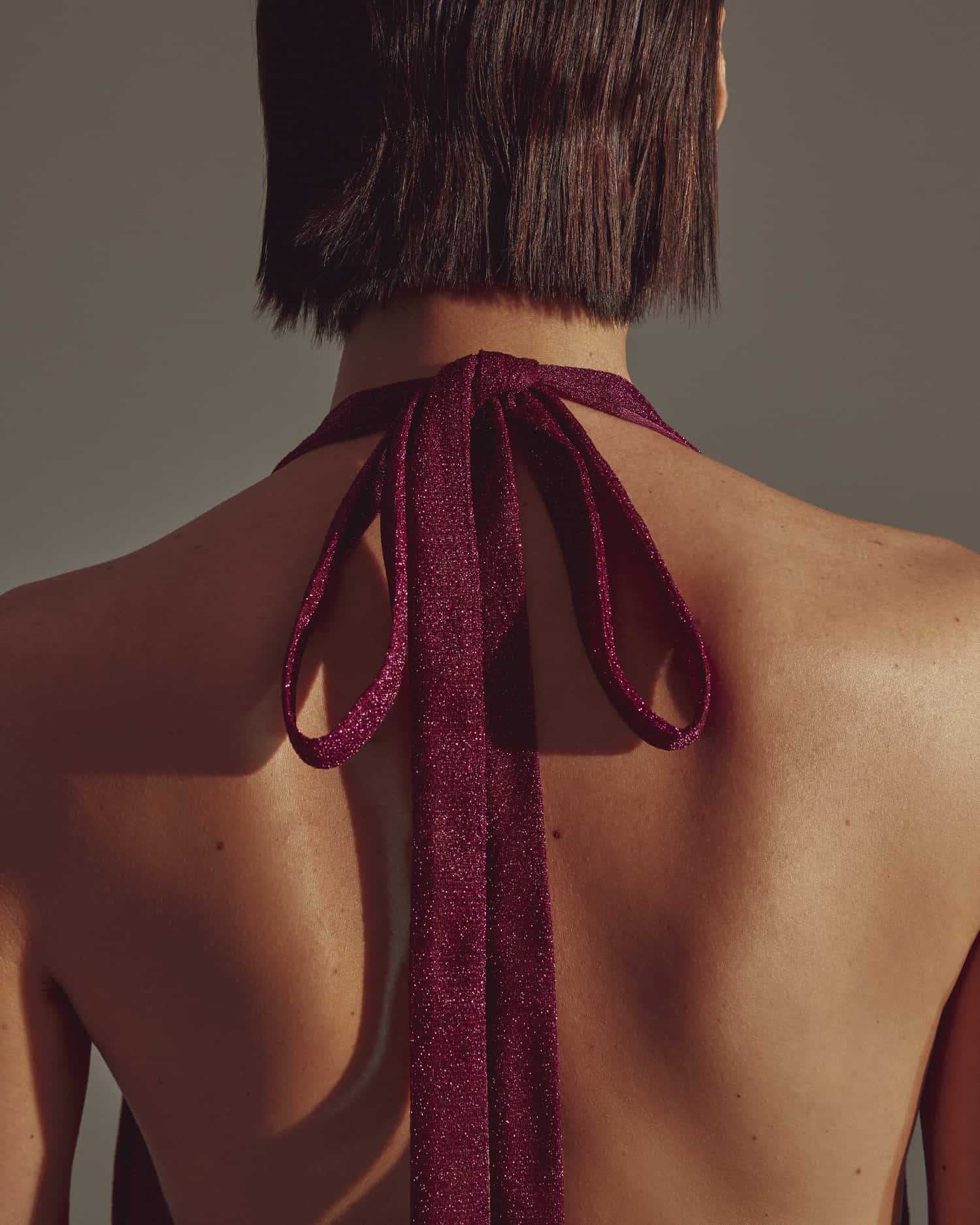 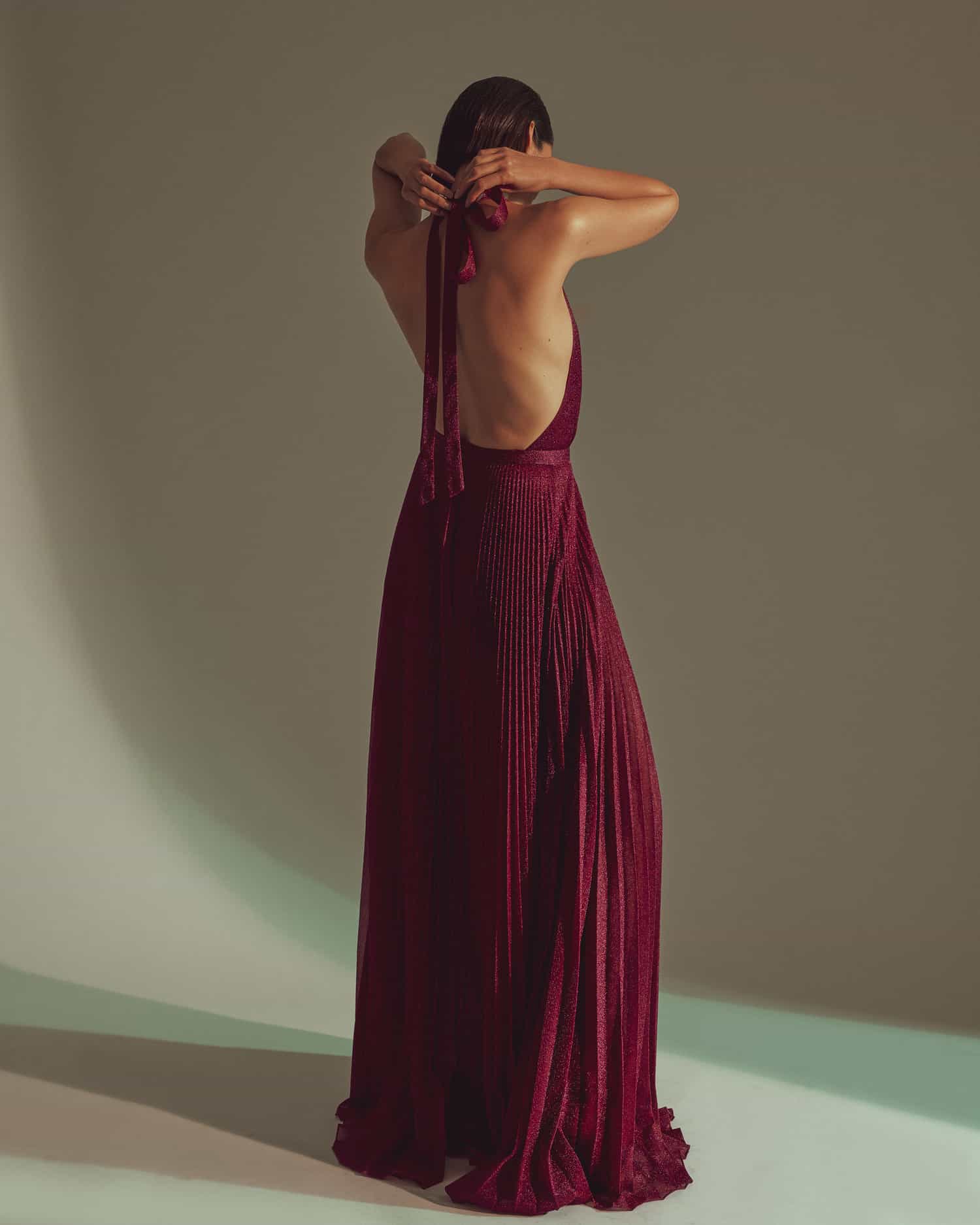 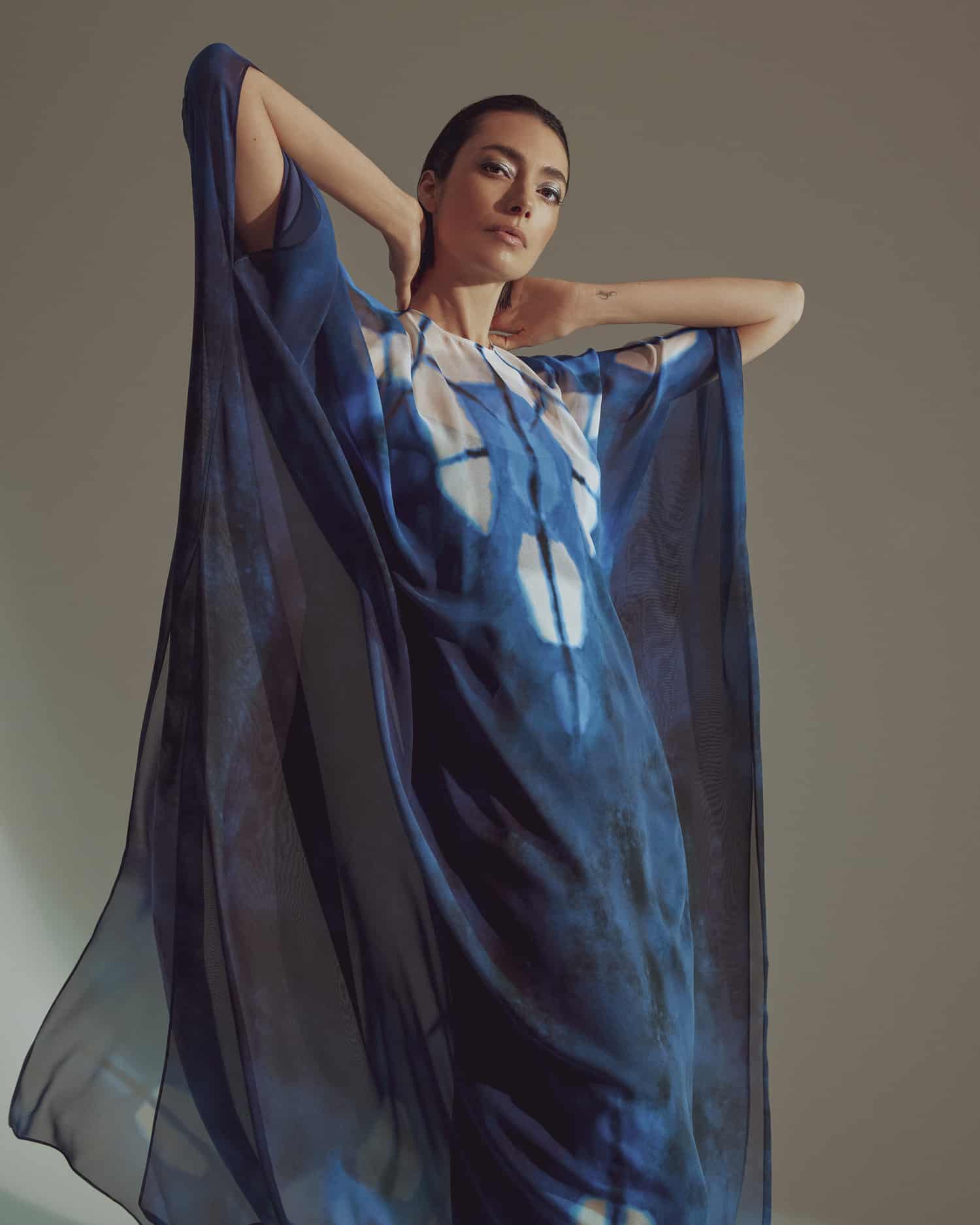 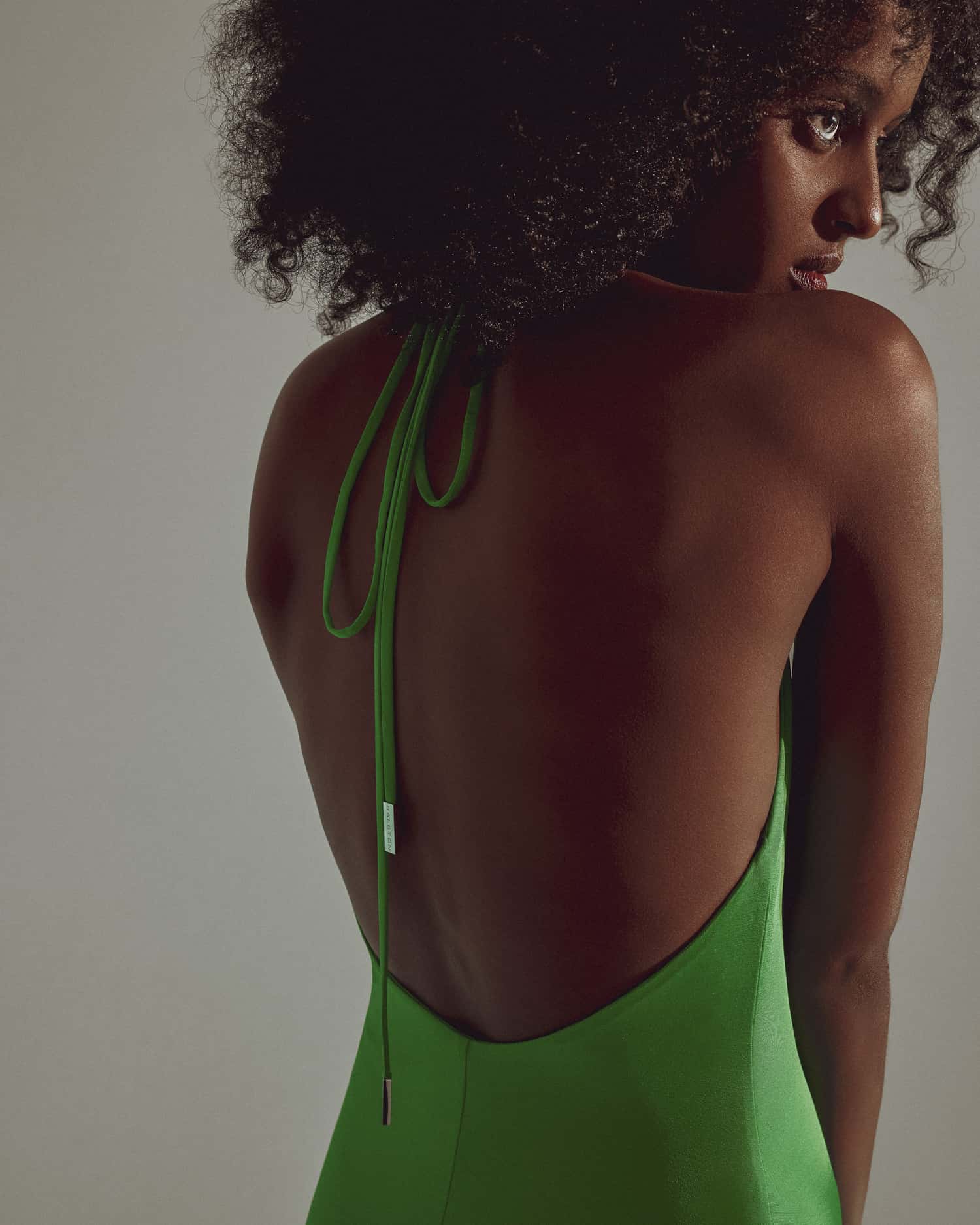 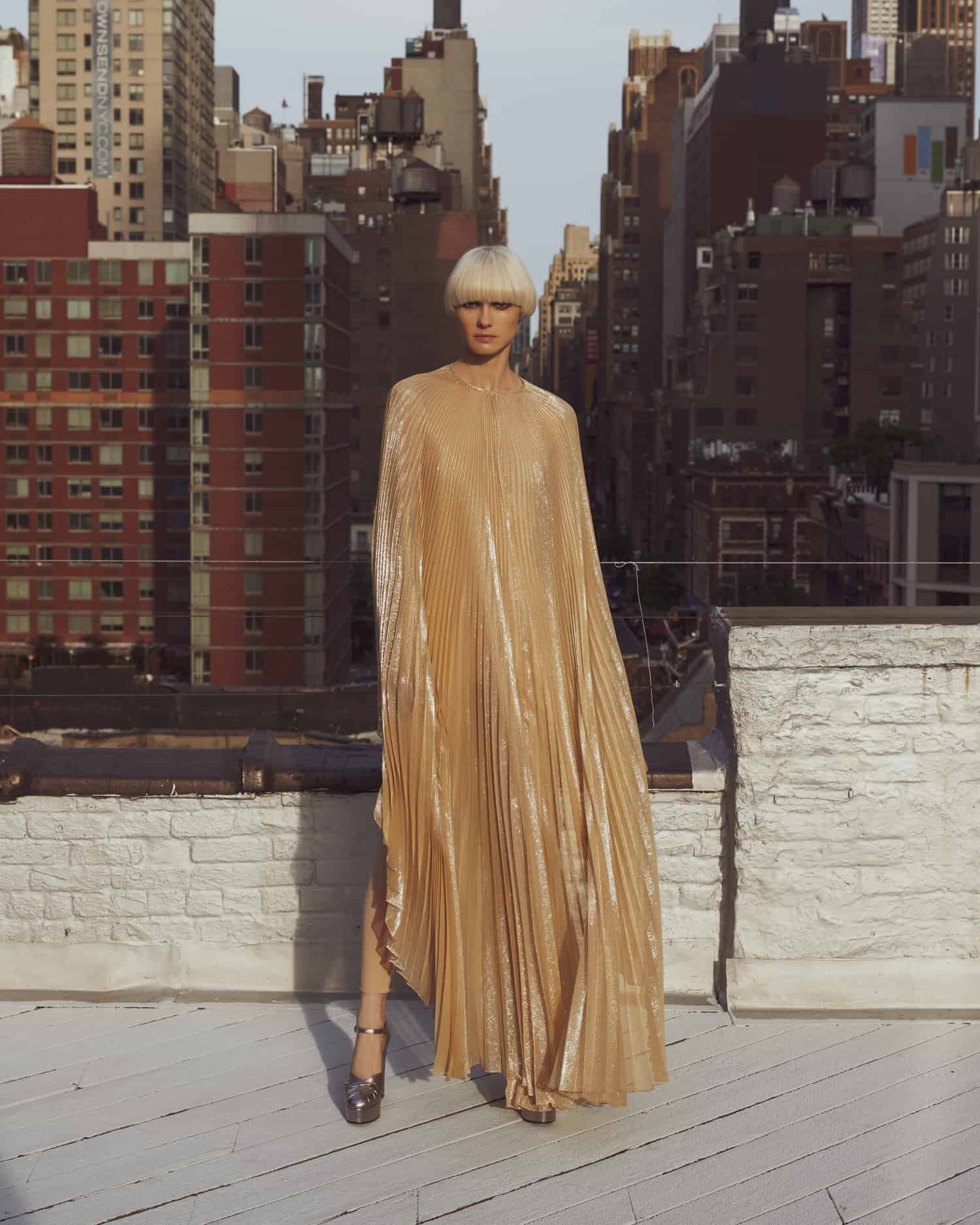 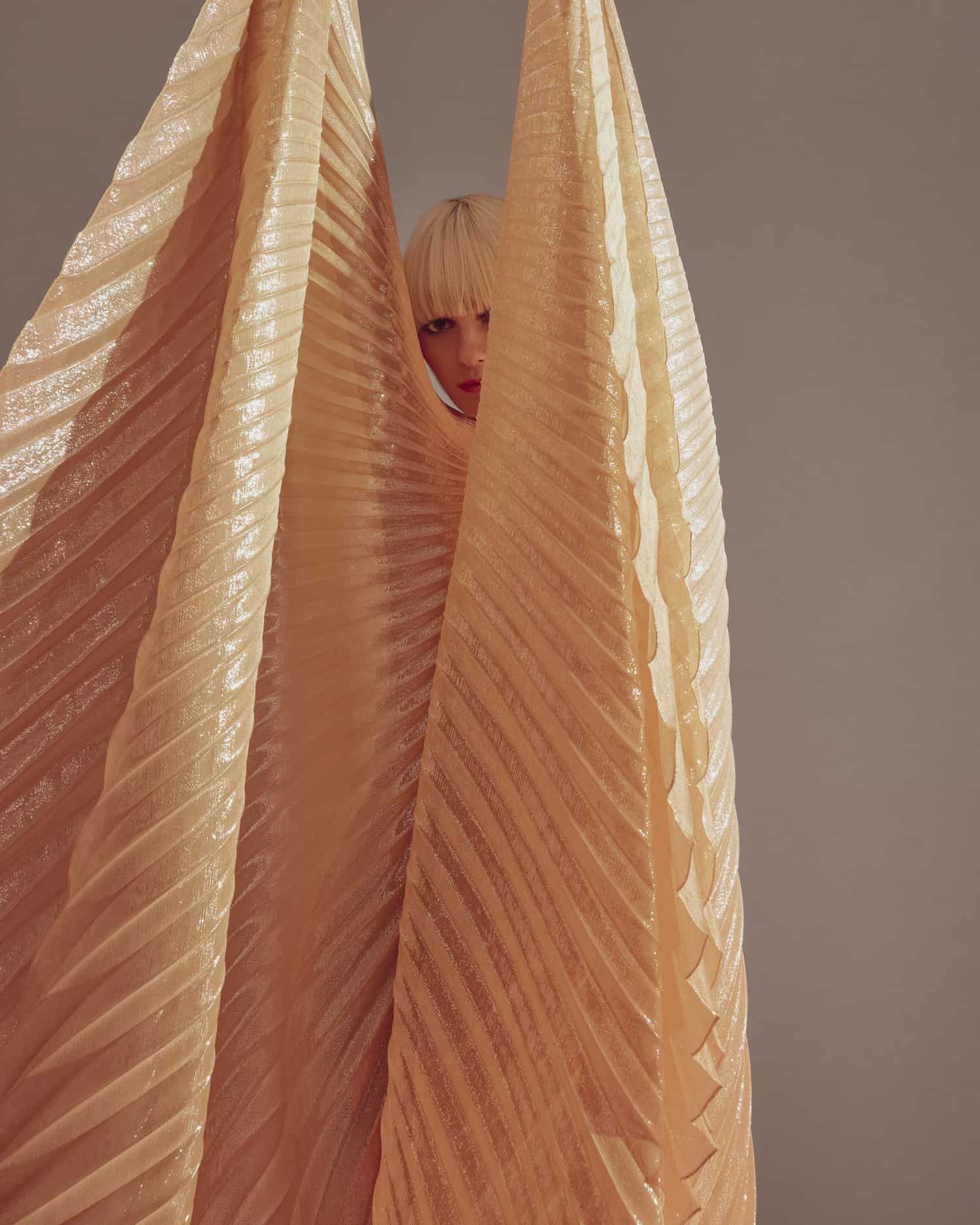 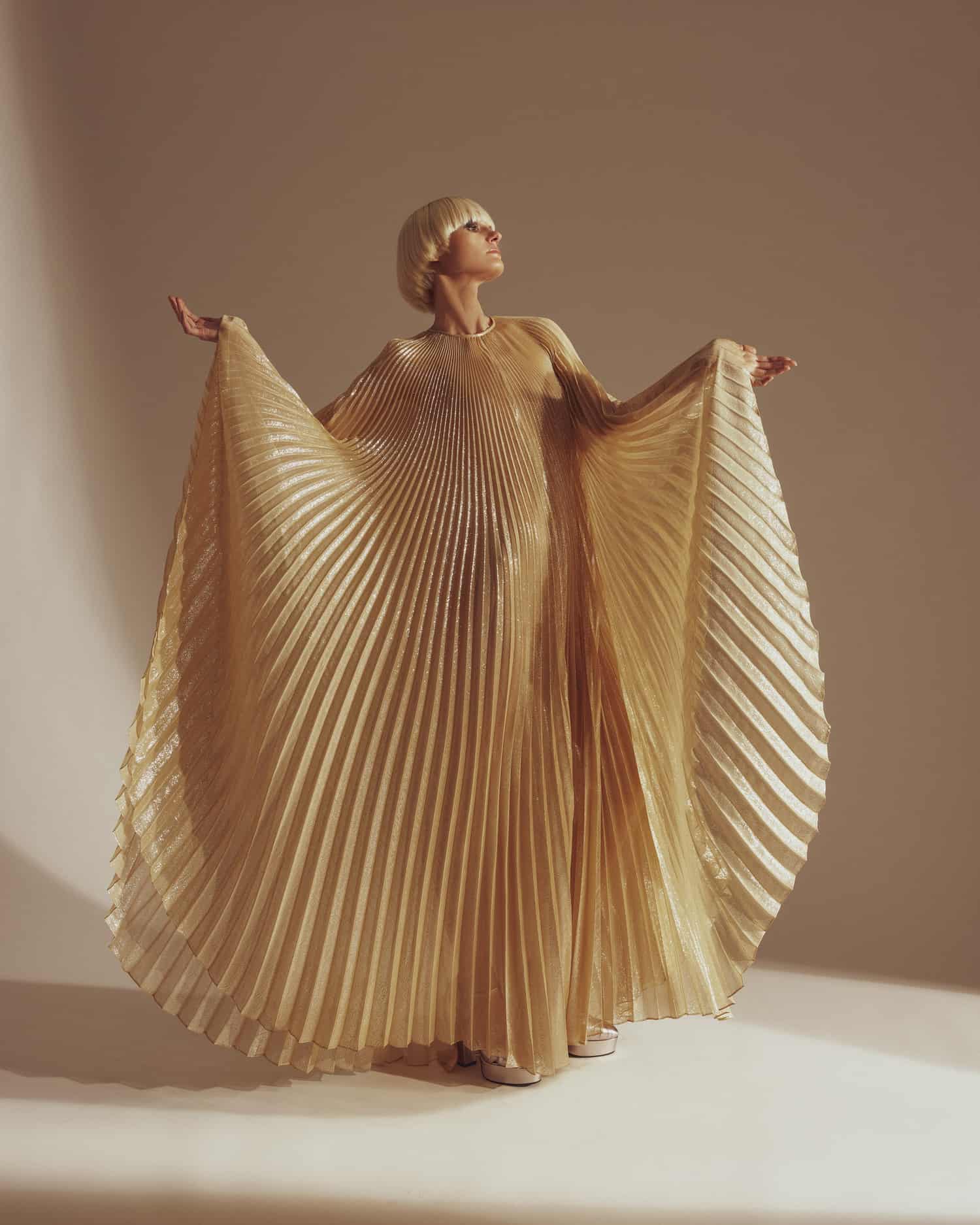 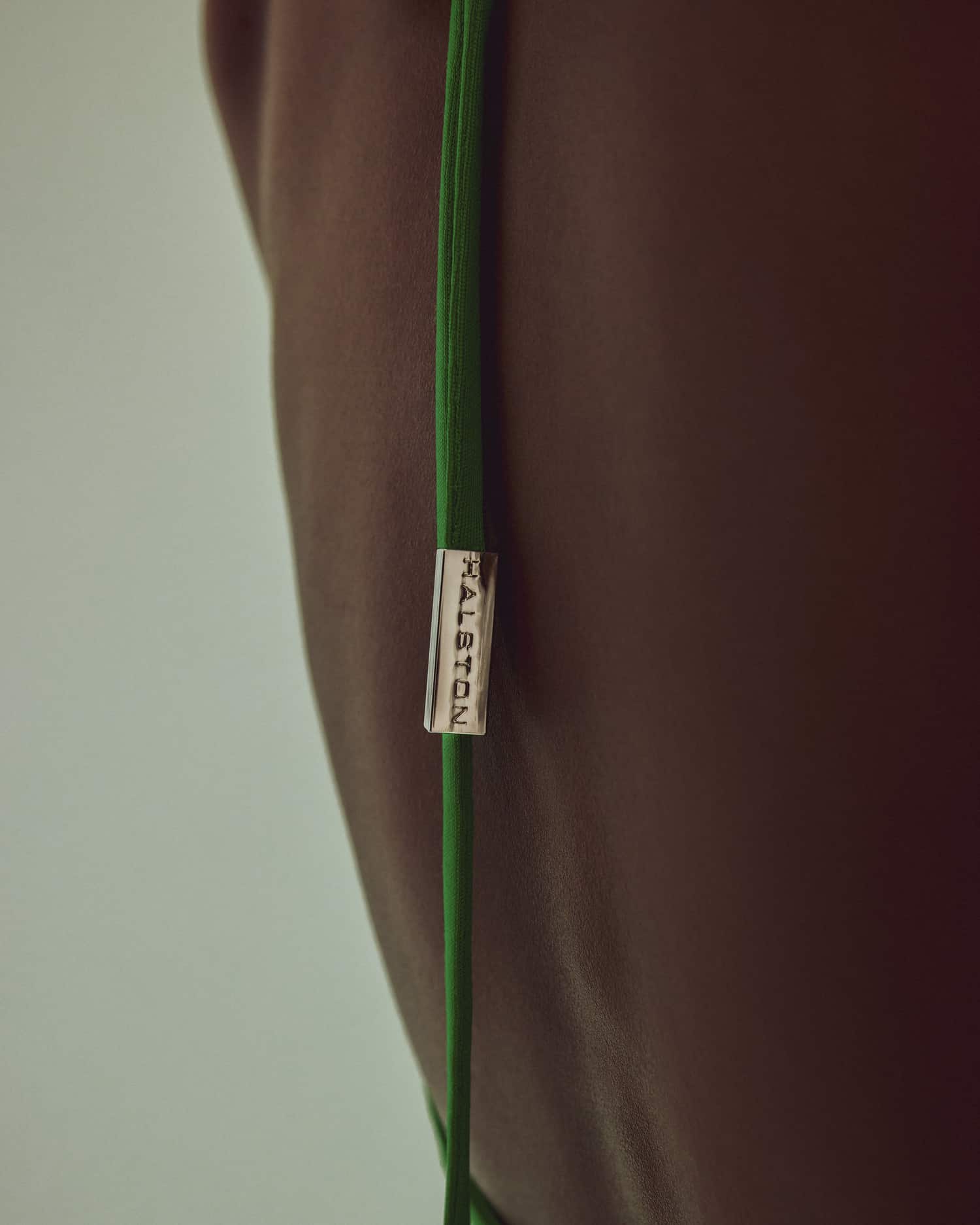 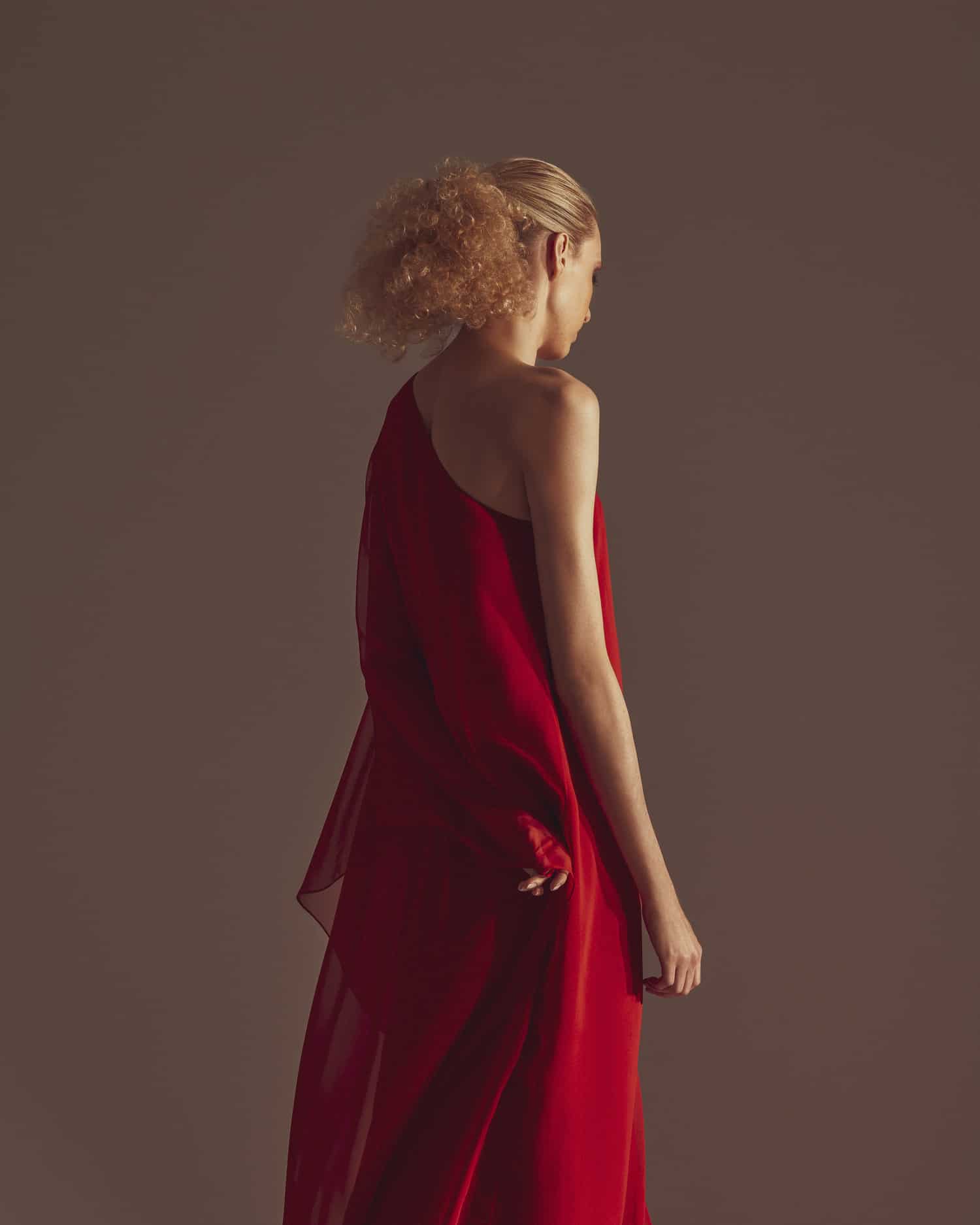 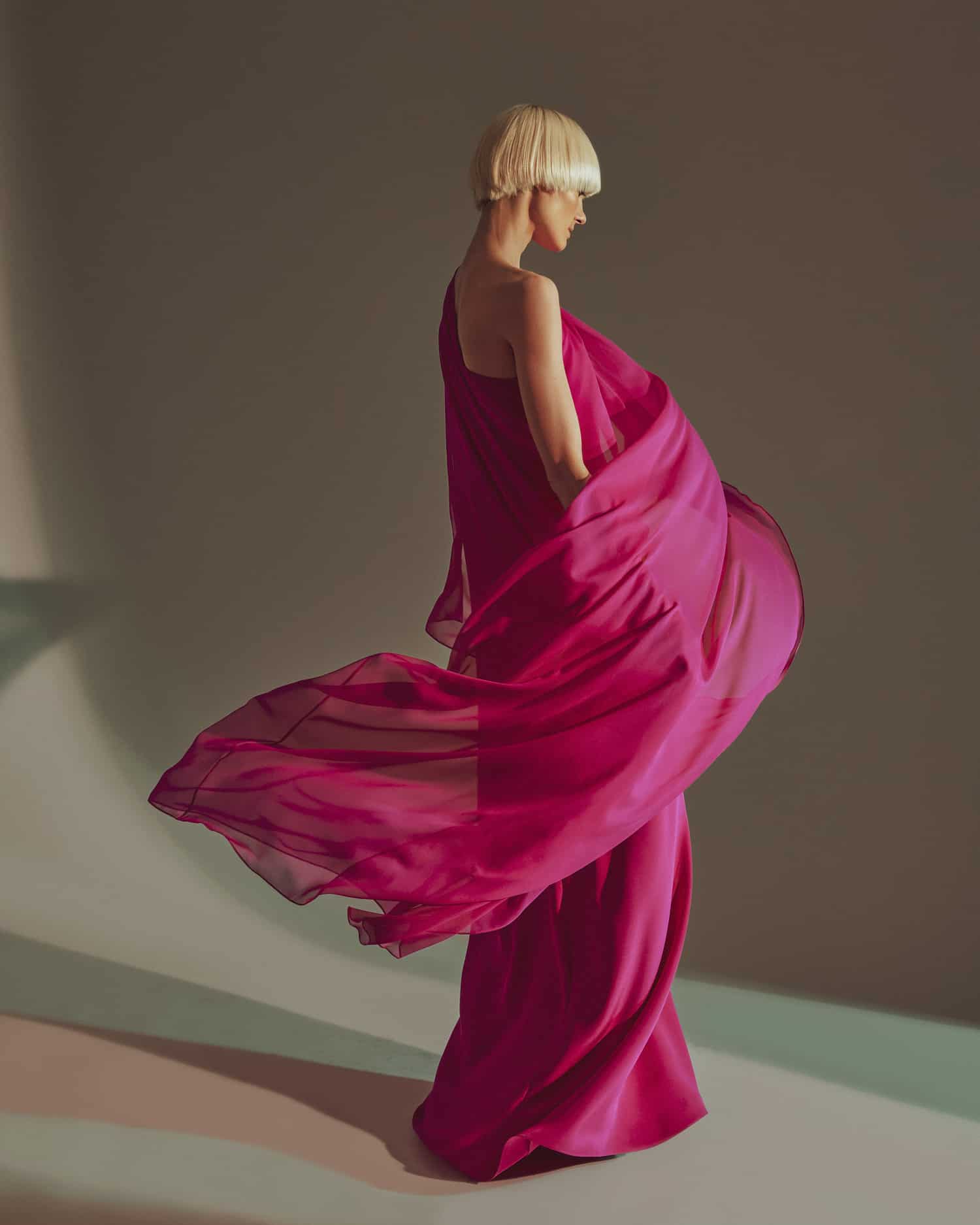 Halston loved color. What bright-toned piece speaks to that tendency the most?
I believe red is one of those colors. When I came into Halston and started re-branding the collection I created a “Halston Red” which now has become our signature color.

In what other ways do you tend to pay homage to Haston’s signatures in your day to day role as chief creative officer?
In one way or another, we are very similar in all the things he loved. We are both minimalists when it comes to designing collections. Fluidity and femininity have always been part of my DNA and there’s a certain sexiness we both love. One of the things that I always surround myself with are orchids, they mean beauty.

We know Elsa Peretti and Liza Minelli were among the ‘Halstonettes’…but who is the Halston woman of today?
I believe that all women are inspiring today. I would also classify today’s woman as a Halstonette. I think Halston was very forward thinking and would not be doing the same things he did 50 years ago. He was ahead of his time and he wanted to dress the world.

I’m curious—what are your thoughts on the show?
I loved the show, it was about his emotions more than anything.

In your opinion, what’s the most endearing element of Halston’s influence on the fashion industry? What will you always remember him for?
The fact that he stopped caring about what people thought and just went out and did his own thing, I think this was a big part of his success. I will always remember his love of orchids.

What’s next for you and the brand?
My goal is to carry forward his legacy and continue to evolve and revitalize the collection.