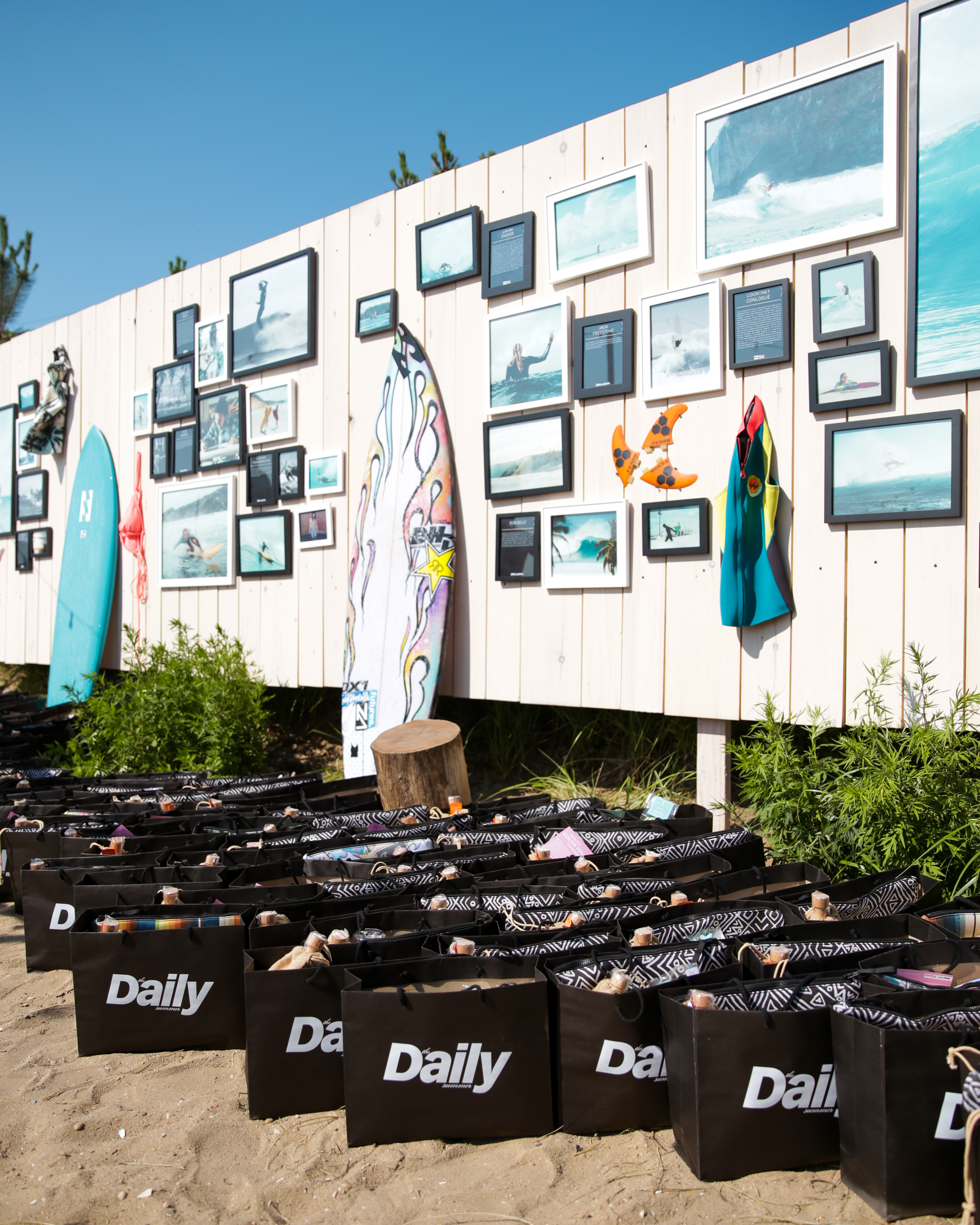 The Daily Summer went surfing this weekend (in our minds) at Montauk’s Surf Lodge at our first ‘Summer Surf Party’. Professional surfers such as Alessa Quizon, Courtney Conlogue and Laura Enever mingled with Sailor Brinkley Cook, WeWoreWhat’s Danielle Bernstein, InStyle’s Danielle Prescod, Glamour’s Nikki Ogunnaike, Athena Calderone, IMG Model’s Lisa Benson, Fiona Byrne, Sasha Benz, and Nick Silver to watch a live performance from Surf Lodge favorite Donavon Frankenreiter. Our co-host, Billabong, infused some fashion into the day presenting their Fall, holiday and Spring 2016 collection with a 3-D installation and private appointments in a VIP suite. The brand’s women’s design director Allison Brook Roberts was in from California and was smitten by East End life. “It’s totally surreal,” she said. “It feels like it’s straight out of a movie.” Before the event began, John Frieda and Boots provided movie star treatment to VIP guests to create the perfect summer look.

Drinks were provided by Cointreau, Peroni, Evian and PACt with our friends at John Frieda giving hair consultations in a flash (plus, flash tattoos!), Moroccanoil providing sunscreen (thanks for that!) and Boots presenting a pop-up summer lip bar. Guests went home with beach towels from Serena & Lily, goodies from Milly sweet tooth satisfying treats from Montauk’s The Candied Anchor. The next day the gang headed to Gurney’s for a brunch and a beach day before returning to the Surf Lodge at sunset to see a special performance by Lindsay Perry (another surfer with dual powers) and G love. Now we need a nap. 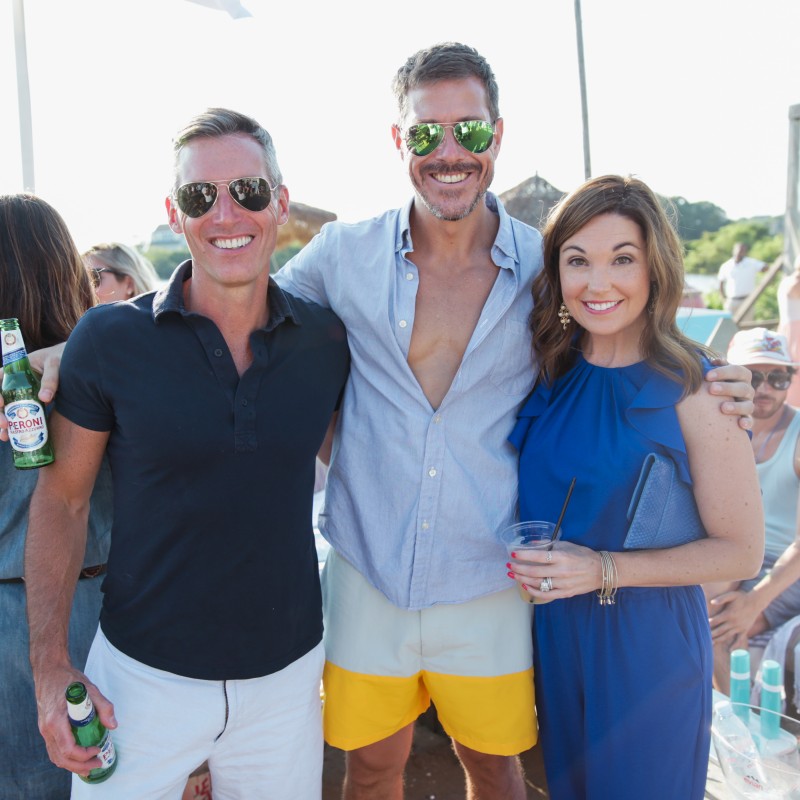 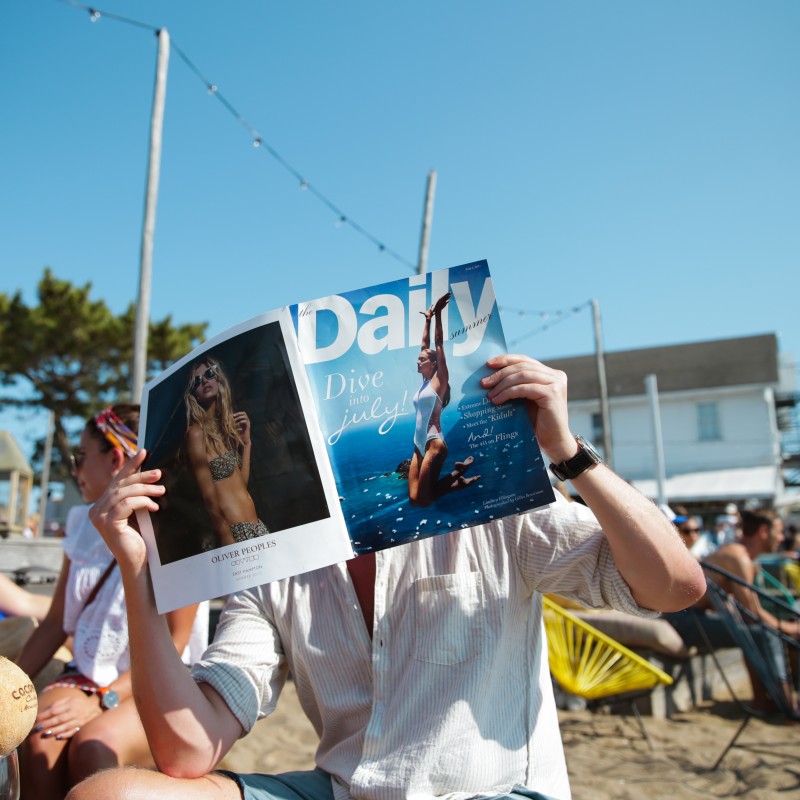 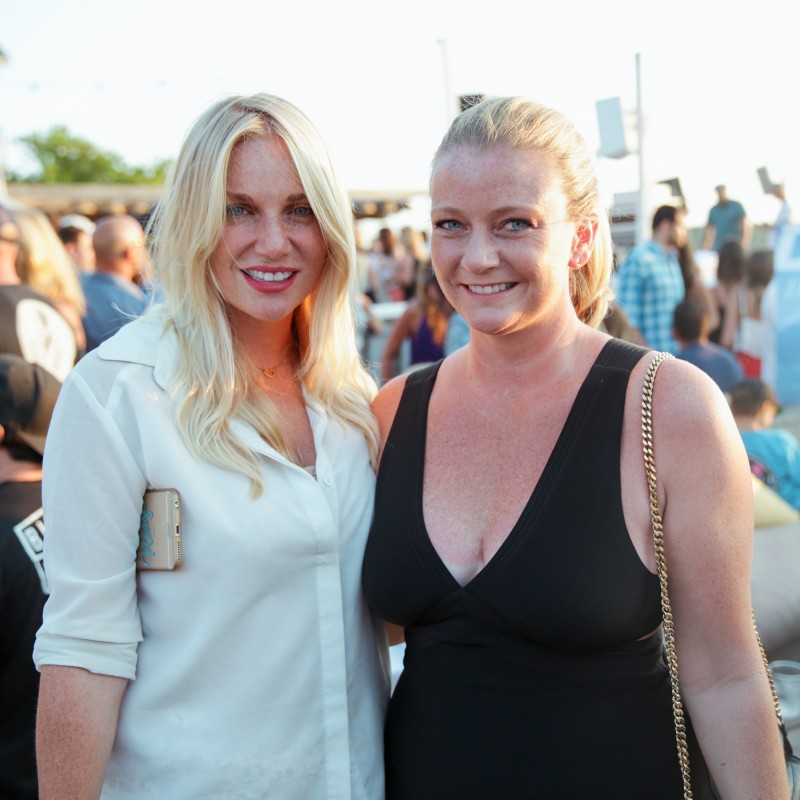