The Most Instagrammed Fashion Moments Of The Week 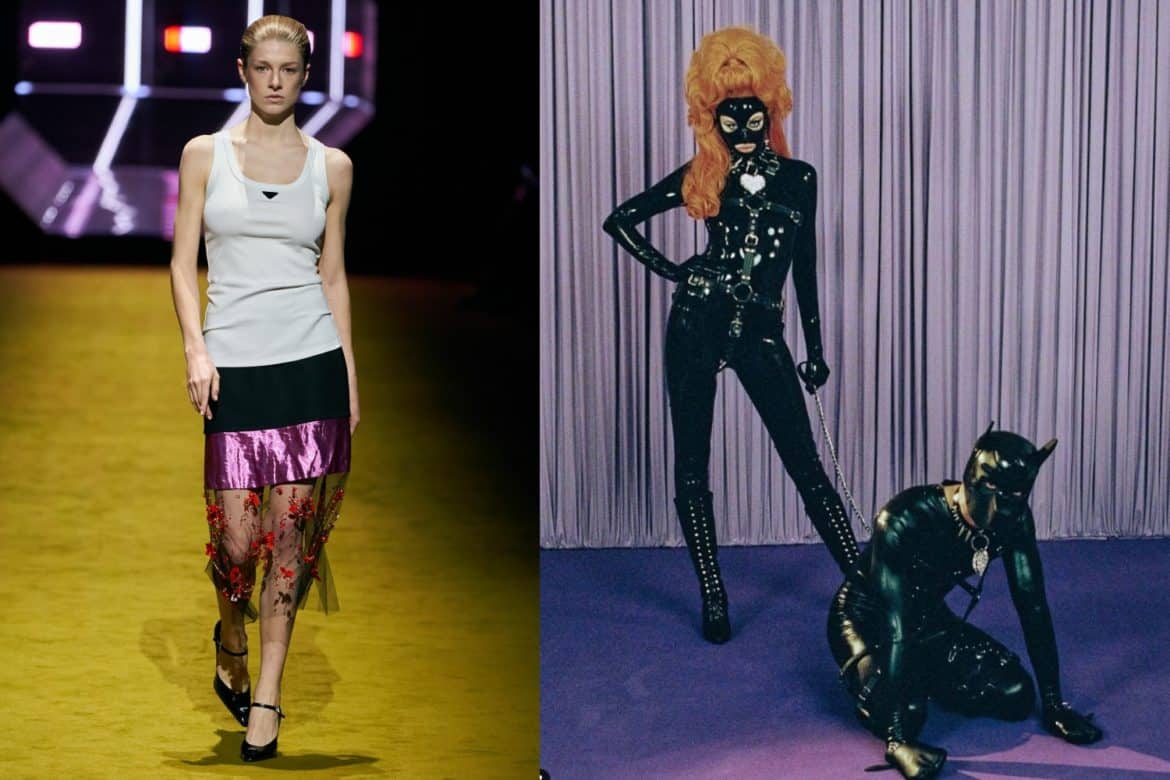 With fashion month still in full swing, the internet has had no shortage of buzz-worthy things to talk about. From star studded front rows to impeccable street style, check out some of social media’s obsessions of the week…

Not one to shy away from street style, FKA Twigs took to the streets of London in a full Simone Rocha look as she attended the designer’s Fall 2022 show. Known for its voluminous silhouettes and theatrical feel, Simone Rocha creates garments that are meant for the pages of a fairytale and Twigs certainly played the part. Accessorized with a pearl tiara and pastel platform boots, the singer looked like she could at any moment stand up from the front row and join the models on the runway. Against the backdrop of a medieval hall in London’s Inns of Court, the designer showcased knitted balaclavas with crystal embroidery, a semi-sheer tabard, and undergarments embroidered with swans–a motif that repeated itself throughout the entire collection.

We all love the fashion of Euphoria, but we’re even more excited about the stars being recognized by the industry. Chloe Cherry, who plays Faye, has been spotted at fashion weeks all around the globe after her debut on the show. But one of our favorite moments has to be the head-to-toe Chet Lo ensemble the actor wore to his Fall 2022 show, as part of Fashion East. Chet Lo is known for his signature spiky fabric, which Cherry was completely draped in. An ombre maxi dress, bracelet, and matching bag–all adorned in fabric spikes. The pair seems like a perfect match; two up-and-comers celebrating each other. There is even video footage online of Cherry meeting Lo after the presentation..this is our kind of fashion friendship!

Imagine having a celebrity sit front row at your show. Now imagine that said celebrity is a respected fashion designer in her own right. That was the scene at Supriya Lele’s Fall 2022, where Victoria Beckham showed up in support of the designer. “I’ve met Lele a couple of times before, she’s always amazing,” Beckham told the press. The emerging designer sent looks down the runway that aim to redefine how the fashion industry views the female body; pimento-red pants with a brown taffeta one-shouldered cropped top as well as her low-cut trousers with thong-like side straps. Posh approved!

Mommy Maurer to be!

There are many places where you’d expect a pregnancy reveal, but a fashion show is typically not one of them. That wasn’t enough to stop model Maggie Maurer from having her moment, though. At the Nensi Dojaka Fall 2022 show, the model paraded down the catwalk sporting a very sexy sheer dress and debuted her baby bump in the process! Dojaka is known for her barely-there designs, much of which leave little to the imagination. Having Maurer walk the show while several months pregnant not only allowed the mom to be to have her bump reveal moment, but it also sent the message that being sexy and being expectant are not mutually exclusive.

Being an it girl means being everywhere, simultaneously, and Paloma Elsesser managed to do it all—while making it look effortless. With appearances on the runway for Michael Kors, Brandon Maxwell, Nensi Dojaka, Conner Ives, Gabriela Hearst, and Eckhaus Latta, among others, she’s been booked and busy for all three fashion weeks so far. All eyes on Paloma in Paris!

Another euphoric moment! Closing the Prada Fall 2022 show was none other than Euphoria star Hunter Schafer—whose become a leading muse for Miuccia and Raf. While being on a runway is nothing new for Schafer, this does mark her return to the catwalk in several seasons. Wearing a branded white tank top and an elaborate sequin embroidered, satin, and mesh skirt, the look seemed to be the perfect combination of high and low–a trait that Schafer adopts in her everyday style as well. Nailed it! 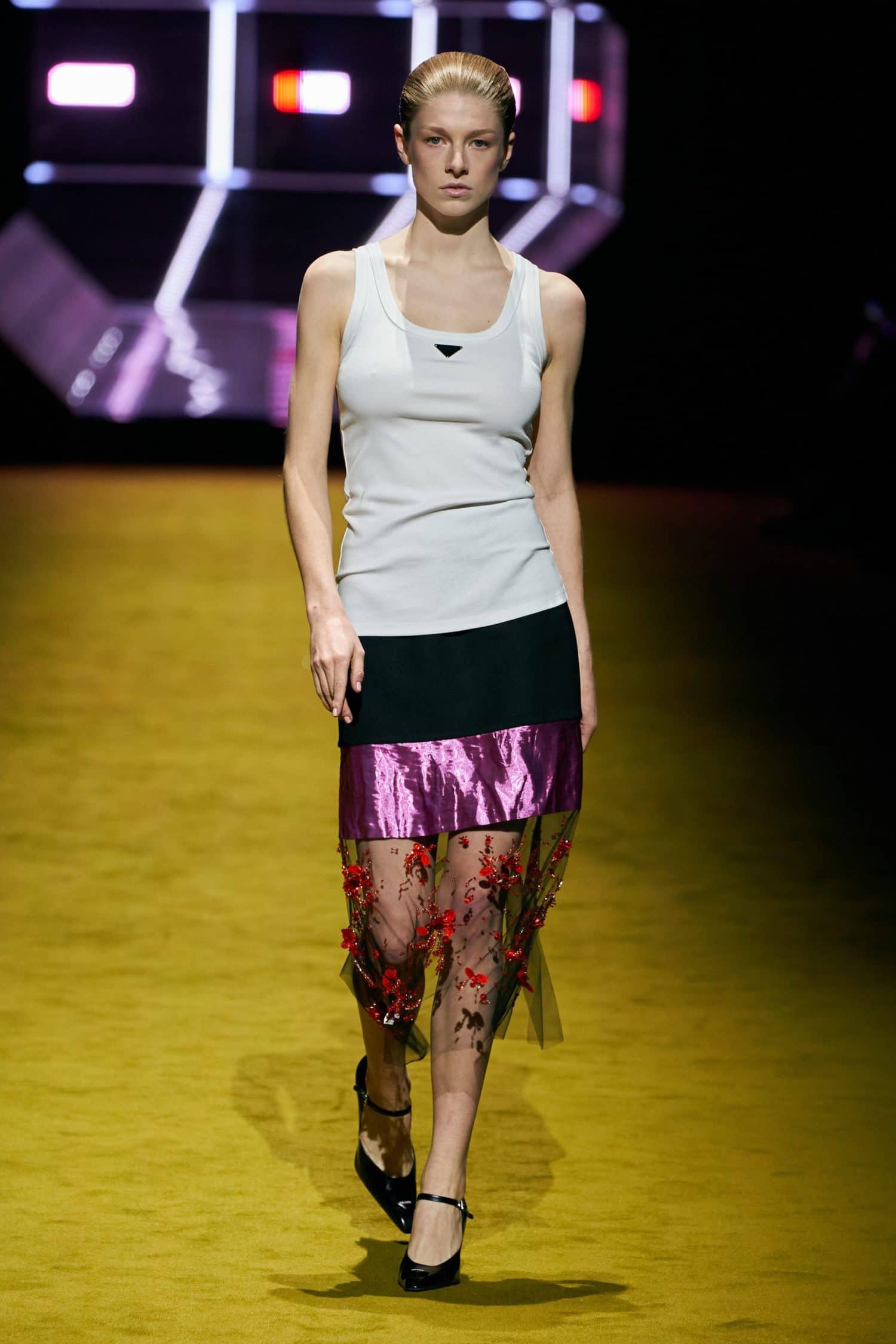 Moschino to the moon

While Jeremy Scott’s Moschino collections are always out of this world, he took that quite literally for his Fall 2022 production. Scott showcased looks inspired by regal furniture in a venue that replicated the bedroom scene from Stanley Kubrick’s 2001: A Space Odyssey. “I was thinking about the furniture you’d find in a mansion: the Chesterfield dresser, grandfather clocks, picture frames, Persian rugs, birdcages,” he explained. Taking it even further, as he tends to do, the designer took his final bow in the movie’s iconic red spacesuit, famously worn by David Bowie. We love a man that gets a reference, and Jeremy Scott gets them all!

What’s Next? Join Our Panel This Sunday On The Future Of Social Media And Digital In Fashion