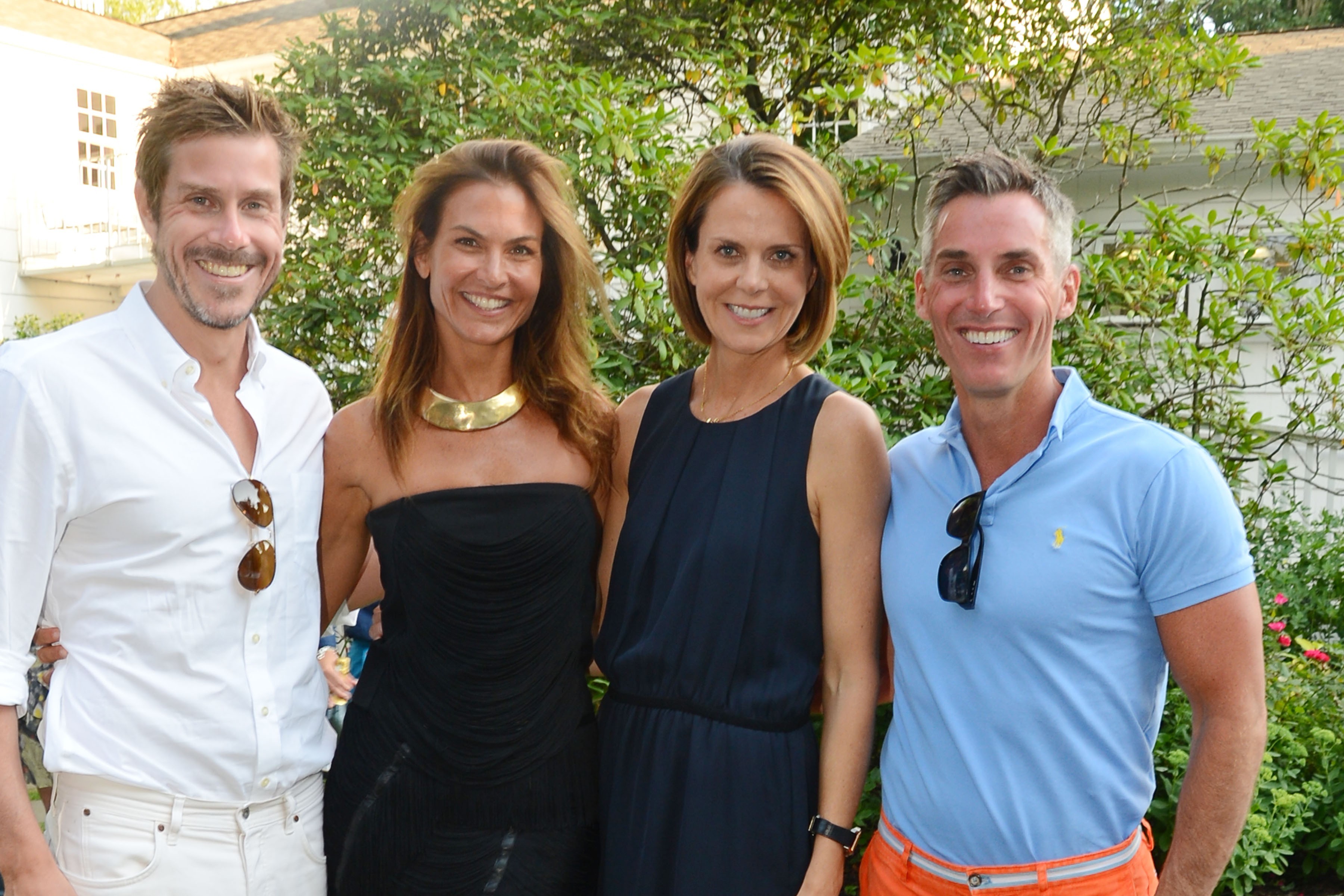 Saturday evening, during that magic hour that falls après-beach and pre-sunset, the best dressed crowd descended upon the garden at c/o The Maidstone in East Hampton. The reason? Celebrating the latest issue of The Daily Summer, of course! Since the theme was luxury, you’d better believe the evening was a true luxe fest. After snagging a VEEV cocktail, an icy Peroni or a chilled bottle of Evian, guests hit up the rose-covered Samsung photo booth to snap some glam selfies. Besides posing for a pic or two, the crowd perused Shop Hers‘ designer handbag selection, where the resale site’s co-founder Jaclyn Shanfeld was on hand to share some knowledge on the Chanel, Fendi, and Roger Vivier finds. There’s a tech-y to-do on Shanfeld’s summer musts list: “The most important thing for me to do before the end of the summer is launching the Shop Hers app, which will hopefully happen before the end of the month!”

Sophia Schrager shared her summer ’14 goal with The Daily Summer, too, and it’s a pretty practical one. “I need to get my driver’s license before the end of the summer,” she told us. Shrager’s pal (and budding pop star) Emma Kate has more relaxing goals: “I just want to be as tan as Nicole Richie by September!” Also on hand? Chicettes from The Daily Summer‘s best dressed list, like Jennifer Creel and Whitney Fairchild. The latter was decked out in a fringed Haute Hippie frock; as for Fairchild’s preferred activities this summer? “I love getting massages at Naturopathica in East Hampton,” she told us. “Between massages I go skurfing, which is like wakeboarding, but there’s a surfboard on the back of the boat. I’m not a pro just yet, but I will be soon!” Other stylish folks at the alfresco bash included Bill Wackermann, Di Mondo, Thuyen Nguyen, La Perla’s Suzy Biszantz, artist Suzanne LaFleur, Polina Proshkina, and Real Housewife of Miami‘s Adriana De Moura. Between savory bites of quiche and aged cheese with apricots, delicious snippets of conversation, and plenty to imbibe, it was an easy transition from early eve cocktails to a late Saturday eve on the town.

The Ruffians Celebrate Their ‘Cool School’ List With An L.A. Bash

The Anna Wintour Musical Is Happening