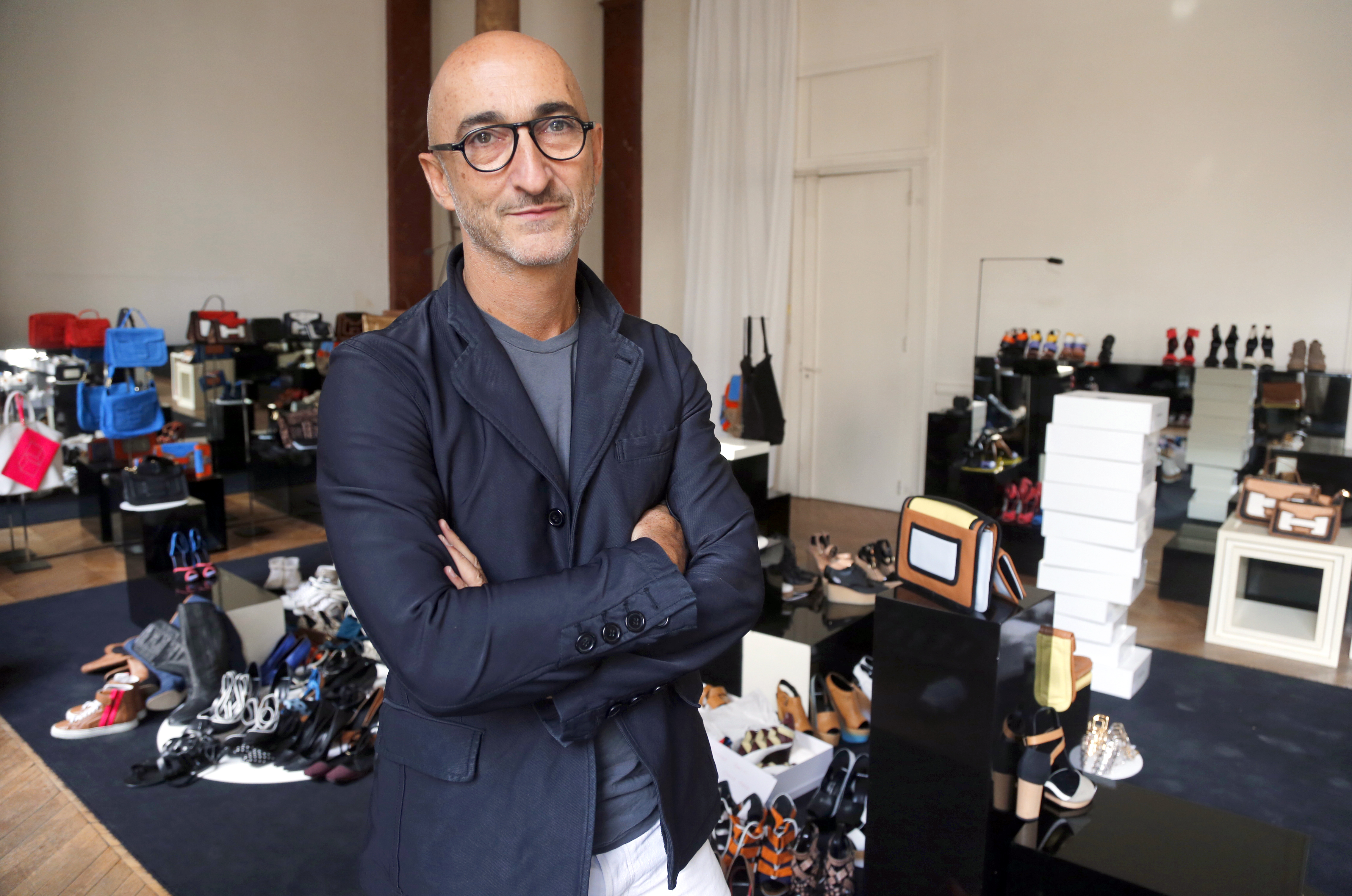 TO GO WITH AFP STORY BY DOMINIQUE AGEORGES - French jeweler and shoe designer, Pierre Hardy poses with some of his creations on September 20, 2012 in his office in Paris. Hardy is notably Hermes' Creative Director. AFP PHOTO / PIERRE VERDY (Photo credit should read PIERRE VERDY/AFP/GettyImages)

Tamara Mellon Taps New CEO [Vogue UK]
After emerging from a 60-day period of Chapter 11 bankruptcy in January, Tamara Mellon has appointed a new CEO to take on the company: Jill Layfield.

Jessica Alba Wants You in Her Jeans [Vogue]
Jessica Alba dishes on her new denim line, DL1961, which launches on Shopbop.com on July 22, and confesses that Cindy Crawford is, and always is, her inspiration.

Pia Mia Debuts First Ads for Material Girl [Hollywood Life]
The recording artist and trendsetter made her debut in ads for Madonna’s Material Girl; not only is she the face of the campaign, but she is the brand’s first ever fashion director.